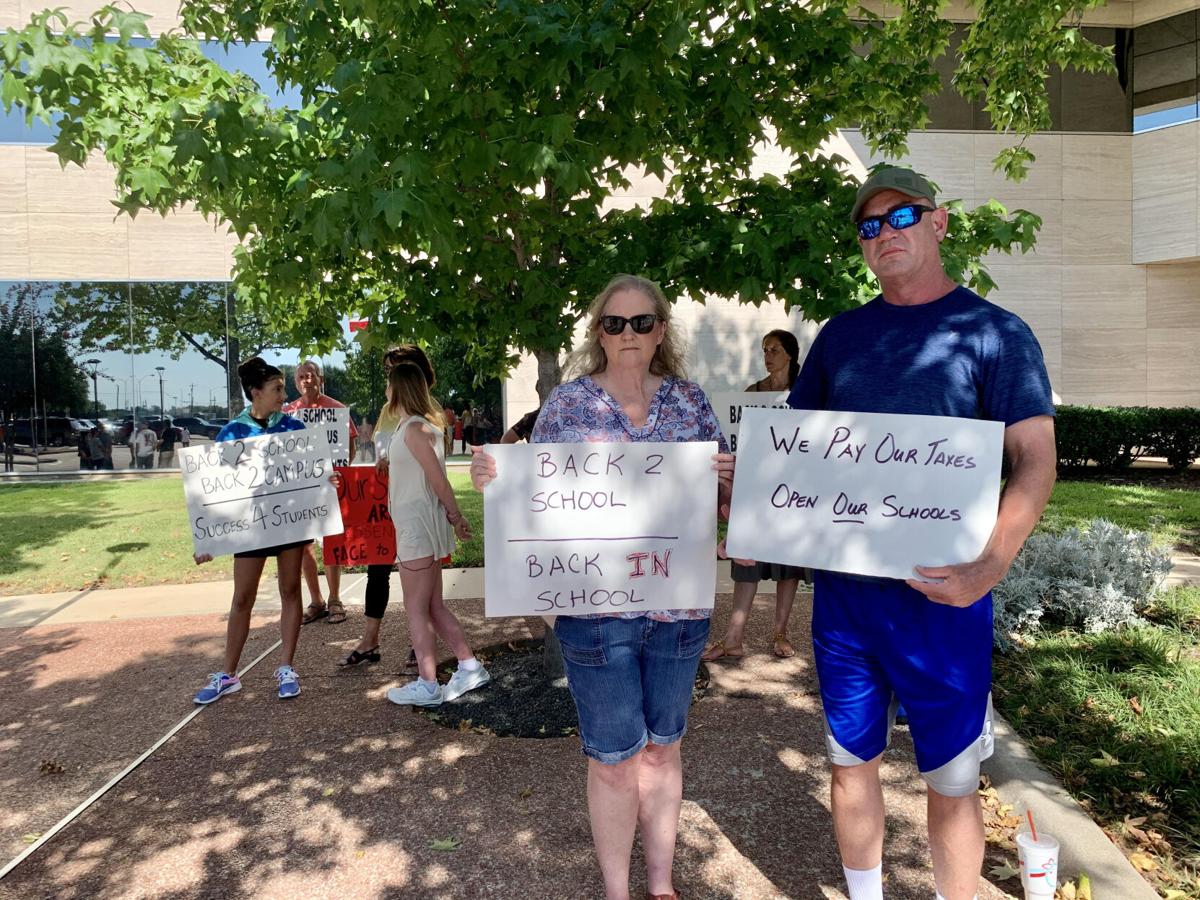 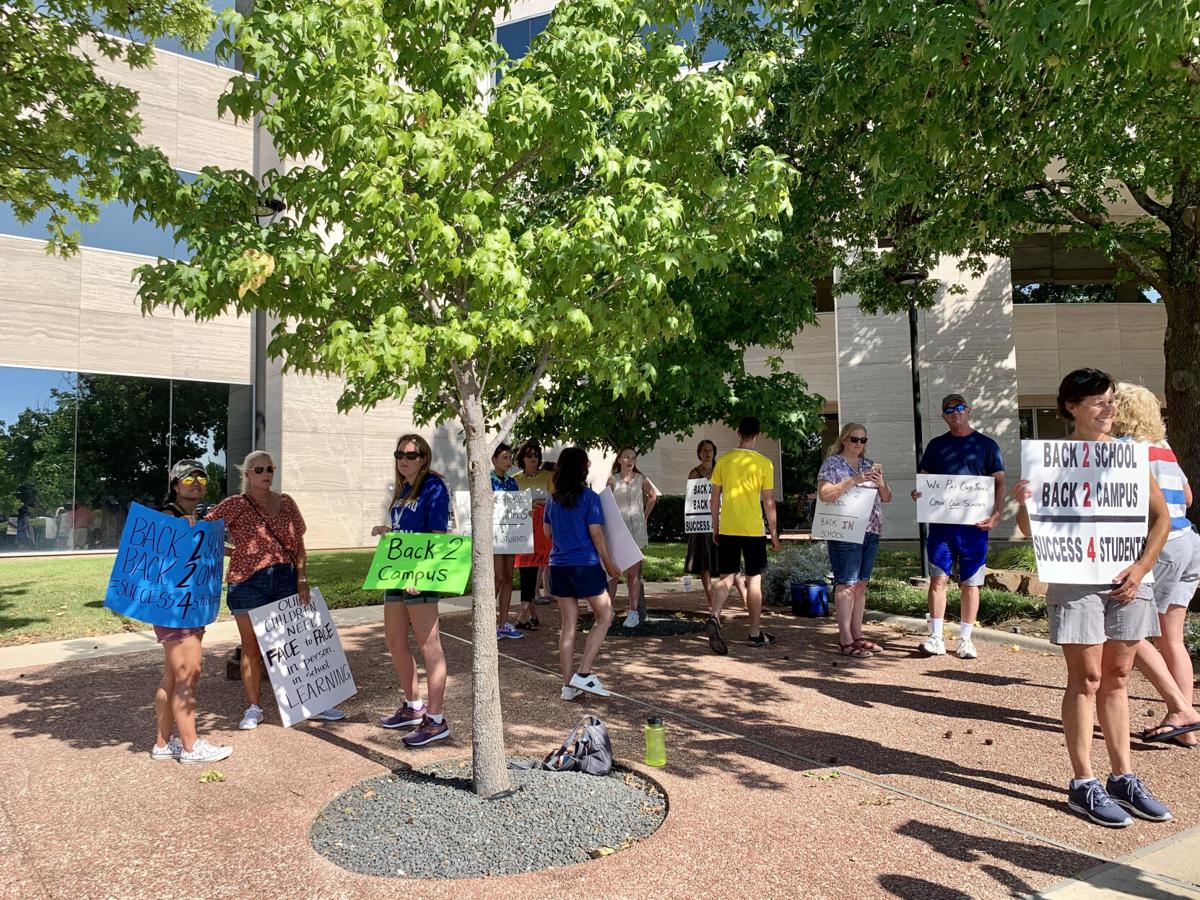 Protesters rally for in-person learning outside of the Plano ISD administration building. 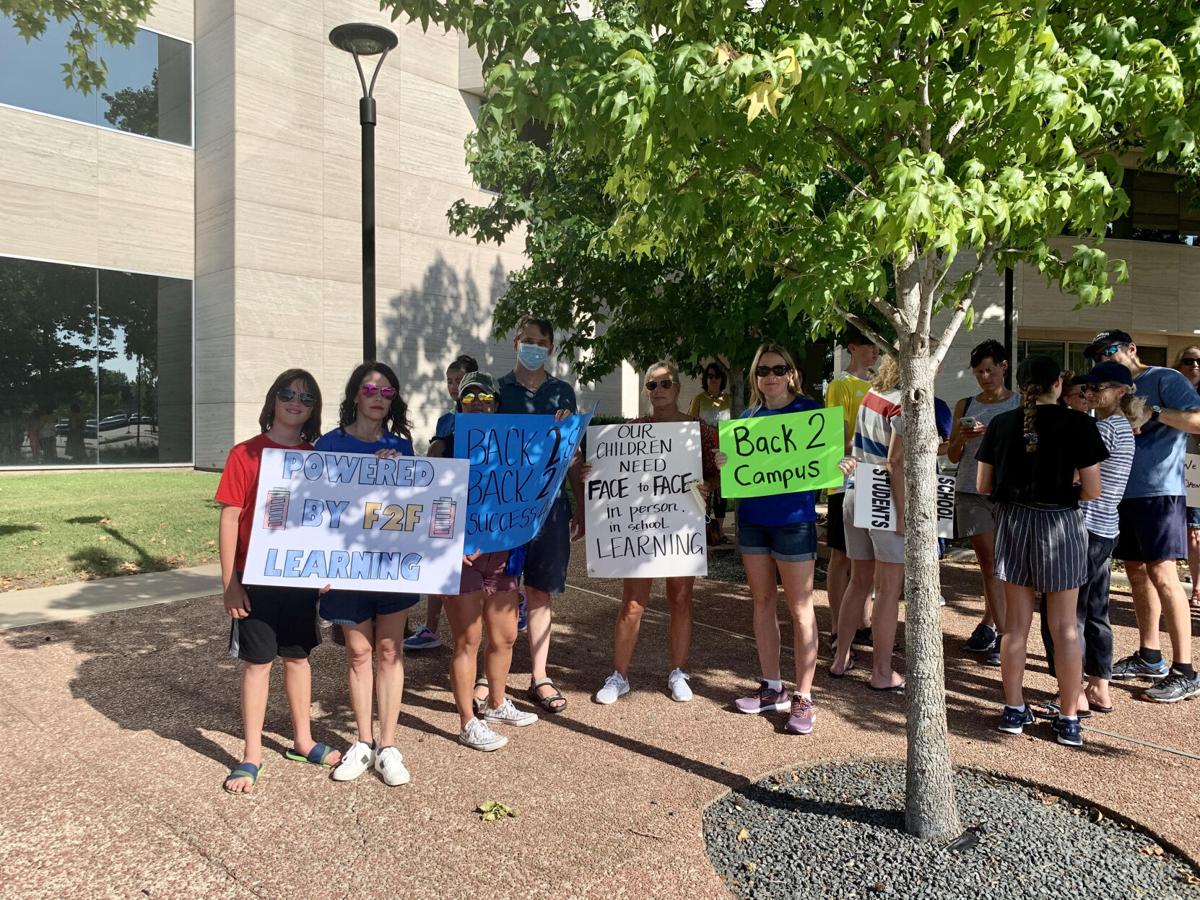 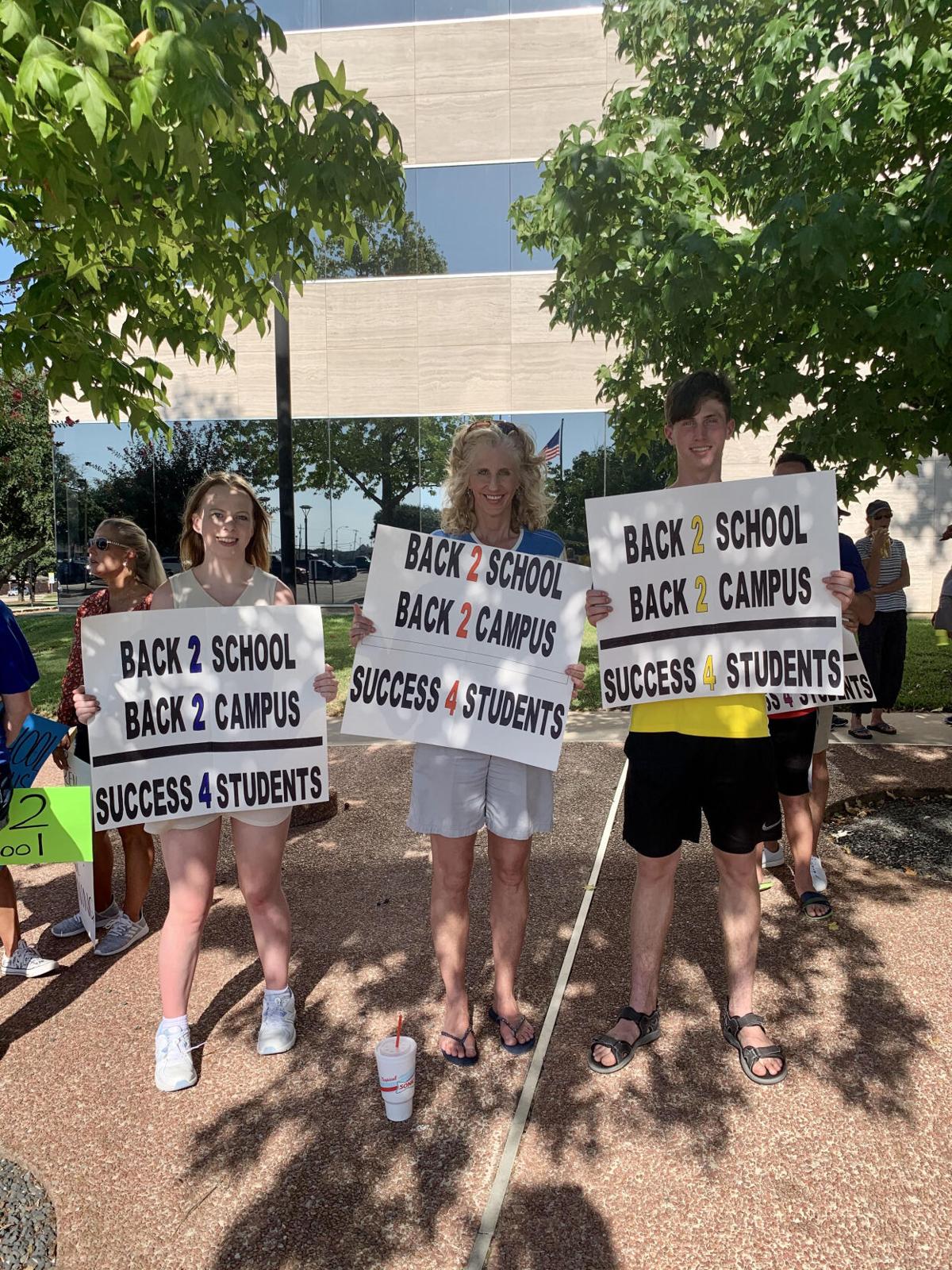 Protesters rally for in-person learning outside of the Plano ISD administration building.

A group of parents and students held a rally Thursday afternoon in protest of the district’s decision to hold classes virtually until after Labor Day. Around 20 protesters stood outside the Plano ISD administration building with signs.

On July 17, the district announced in-person learning would be postponed until Sept. 9. Superintendent Sara Bonser said the decision was made out of safety concerns following the changing COVID-19 cases in Collin County.

As of Wednesday, about half of families in the district opted for virtual learning.

Organizer Semida Voicu said that after trying to get her voice heard by contacting individuals in the district, she got together with other parents to plan the rally.

“That's why we decided that maybe, even if it's just a few of us, get together, let our voices be heard," she said. “Because there's a lot of considerations that have not been taking place.”

For Voicu, delaying the start of in-person school doesn’t solve the larger health issue. She said after reading the district’s reopening plan, she felt confident in sending her students back to school.

“We can't think in absolutes,” she said.

“After the school has put in all the safety protocols recommended by the CDC, then why are they not opening?”

“They're not your typical students. They were significantly impacted by not being able to engage with their classroom peers and more importantly their teacher.”

Schell said the rally’s purpose is to call attention to the educational and mental health needs of children.

Council Member Shelby Williams attended the rally. Having two children in the school system, Williams said he did not believe his kids “got the educational benefit they should have” when schools closed in the spring.

“I’m very much concerned that not just PISD but the entire country is falling along the lines of a changing narrative,” he said.

Williams said he supports protecting vulnerable groups like those over 60 but building herd immunity with people in healthy conditions. “We could have achieved some level of immunity by now and reduced the risk, not eliminated, but reduced the risk to our most vulnerable people.”

“We’re delaying the inevitable,” he said.