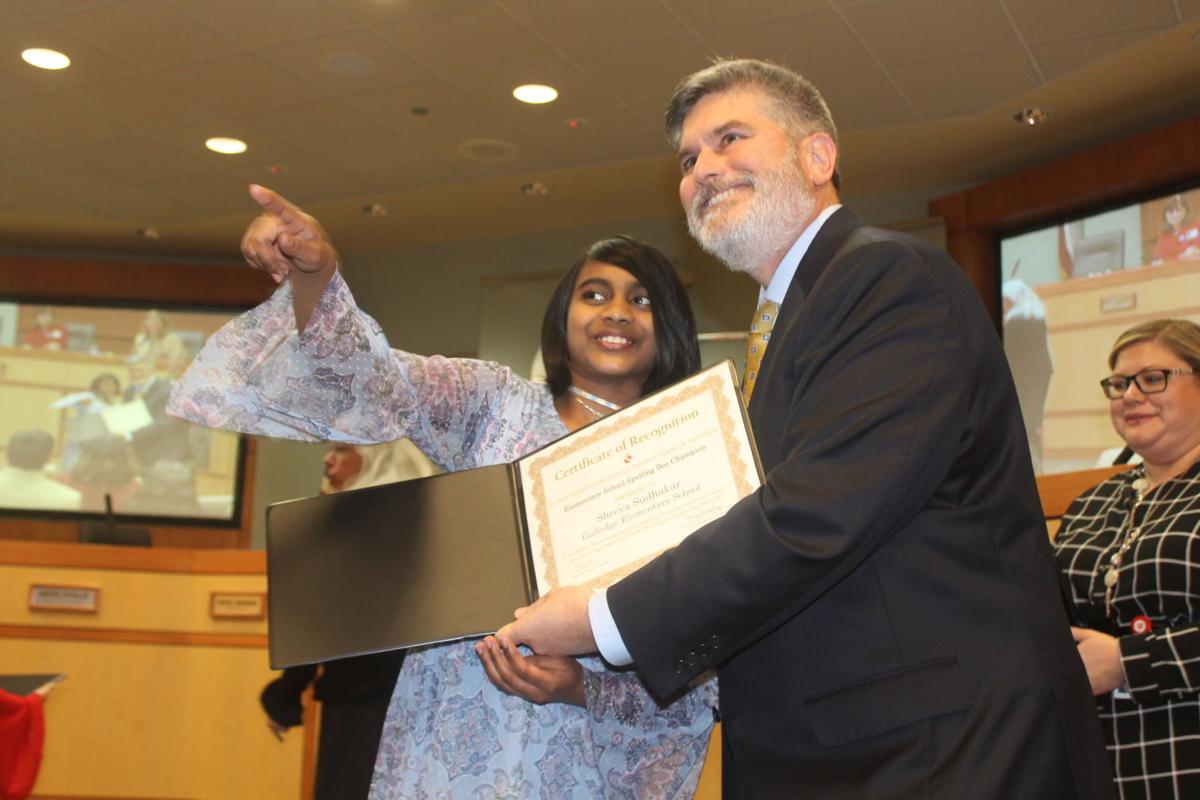 Shreya Sudhakar points to her parents as Plano ISD trustee David Stolle presents her with a certificate for advancing to the Collin County District Spelling Bee. 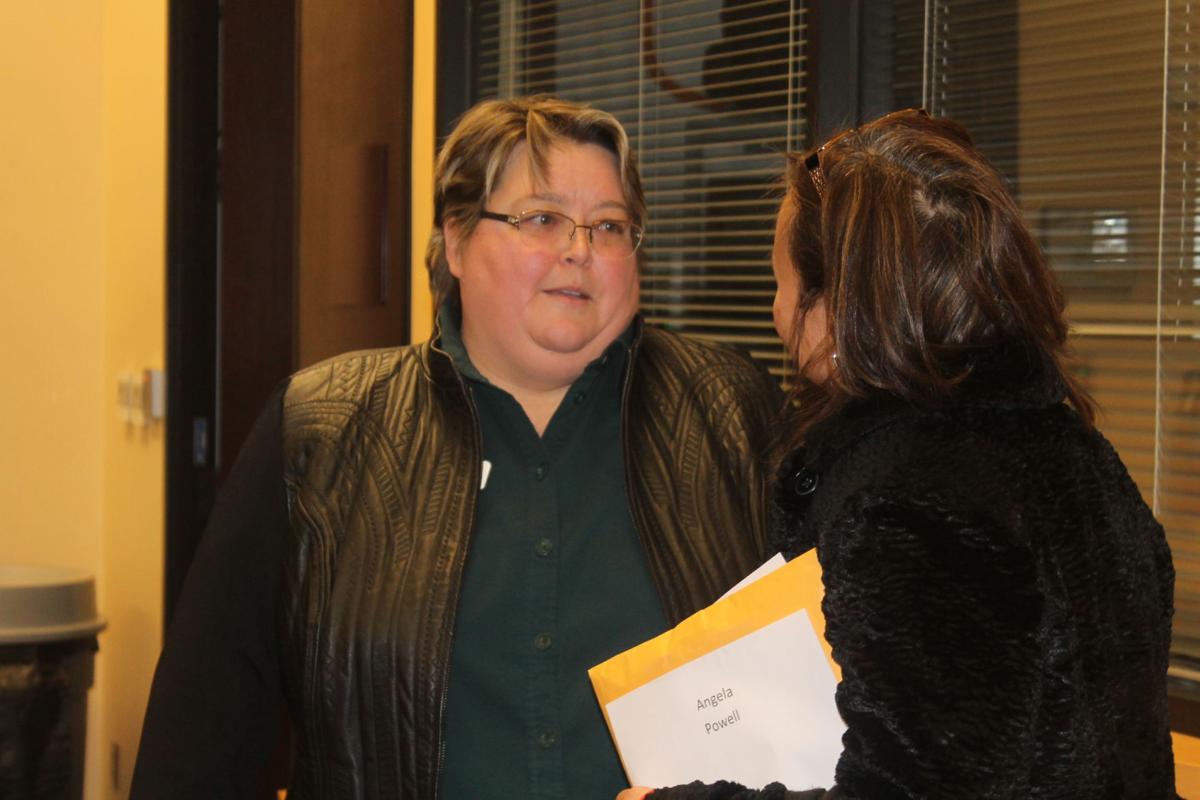 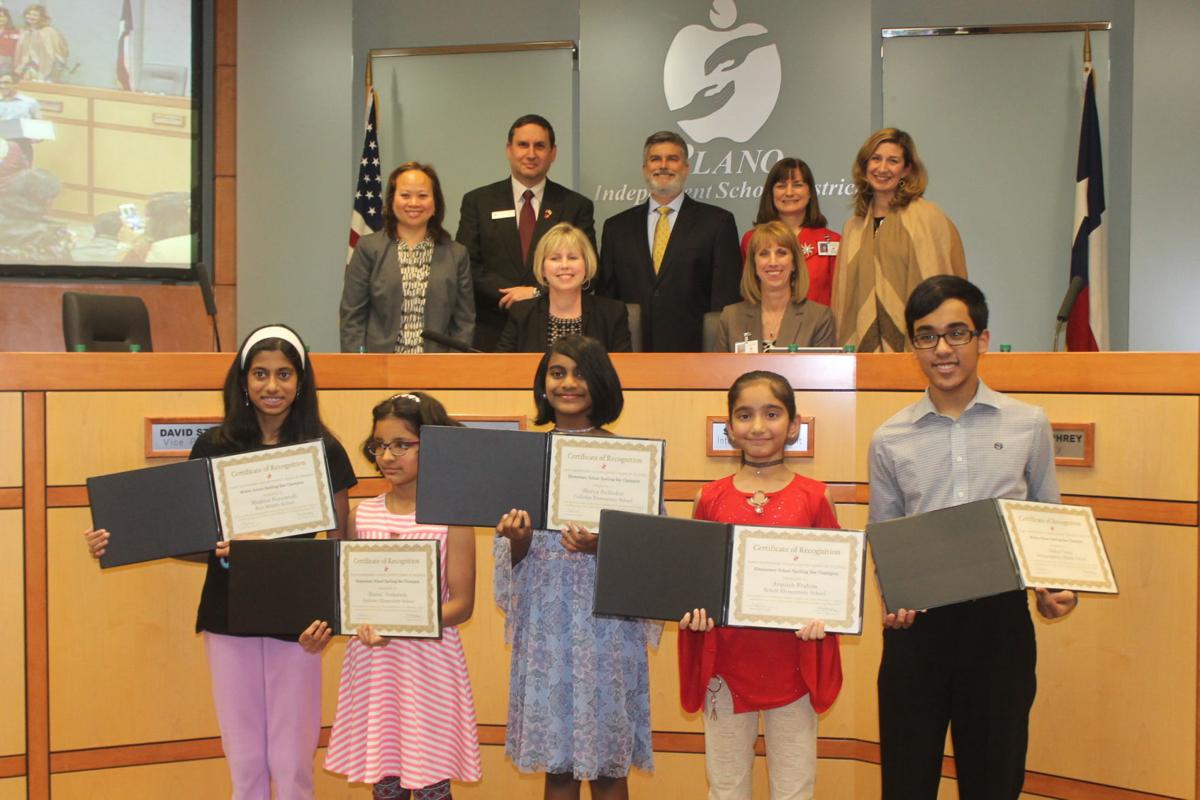 Shreya Sudhakar points to her parents as Plano ISD trustee David Stolle presents her with a certificate for advancing to the Collin County District Spelling Bee.

The Plano ISD school board responded to recent cyberbullying at Plano East Senior High school during Tuesday night’s school board meeting. The board discussed rewriting its non-discrimination policy FFI when three students were screenshot threatening to “beat the gay” out of a fellow student, who is gay.

Three speakers addressed the incident at PESH at Tuesday night’s meeting. Dawna Hubert, board member of the Gay and Lesbian Alliance and mother to a future PESH Panther, said she was proud of the Plano East students for speaking out against bullying and speaking up for the LGBTQ community. She implored the board to include sexual orientation in the district’s non-discrimination policy to protect future LGBTQ students from being bullied or threatened.

“It’s not teaching about the LGBT community in class. It’s not taking some big political position. It’s saying loud and clear that it’s not okay to either do or say that you want to ‘beat the gay’ out of another student,” Hubert said.

Hubert said she was looking forward to more districtwide conversations about the LGBTQ commmunity in the future.

“I look forward to them revisiting the issue of adding LGBTQ to the non-discrimination policy. The larger districts in the area have already done so, and actions have show Plano needs to do the same,” she said.