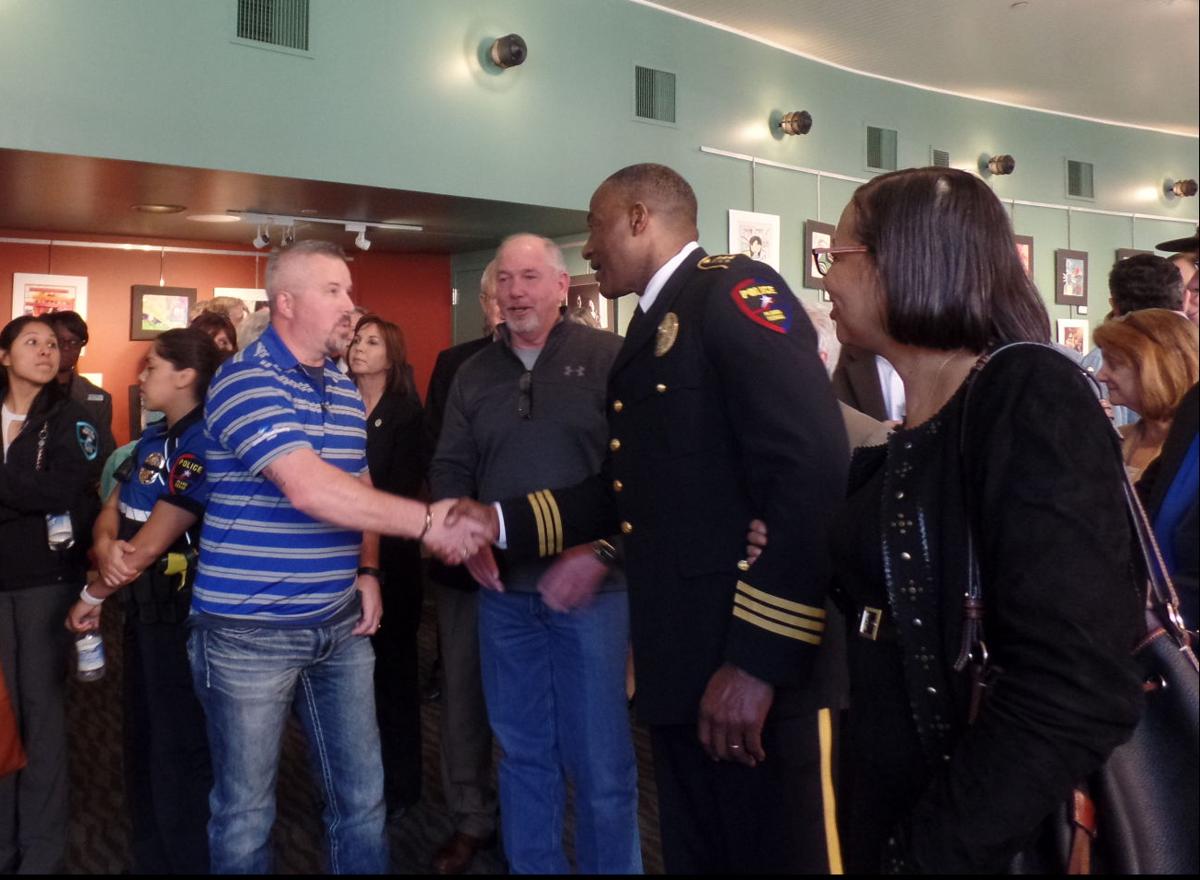 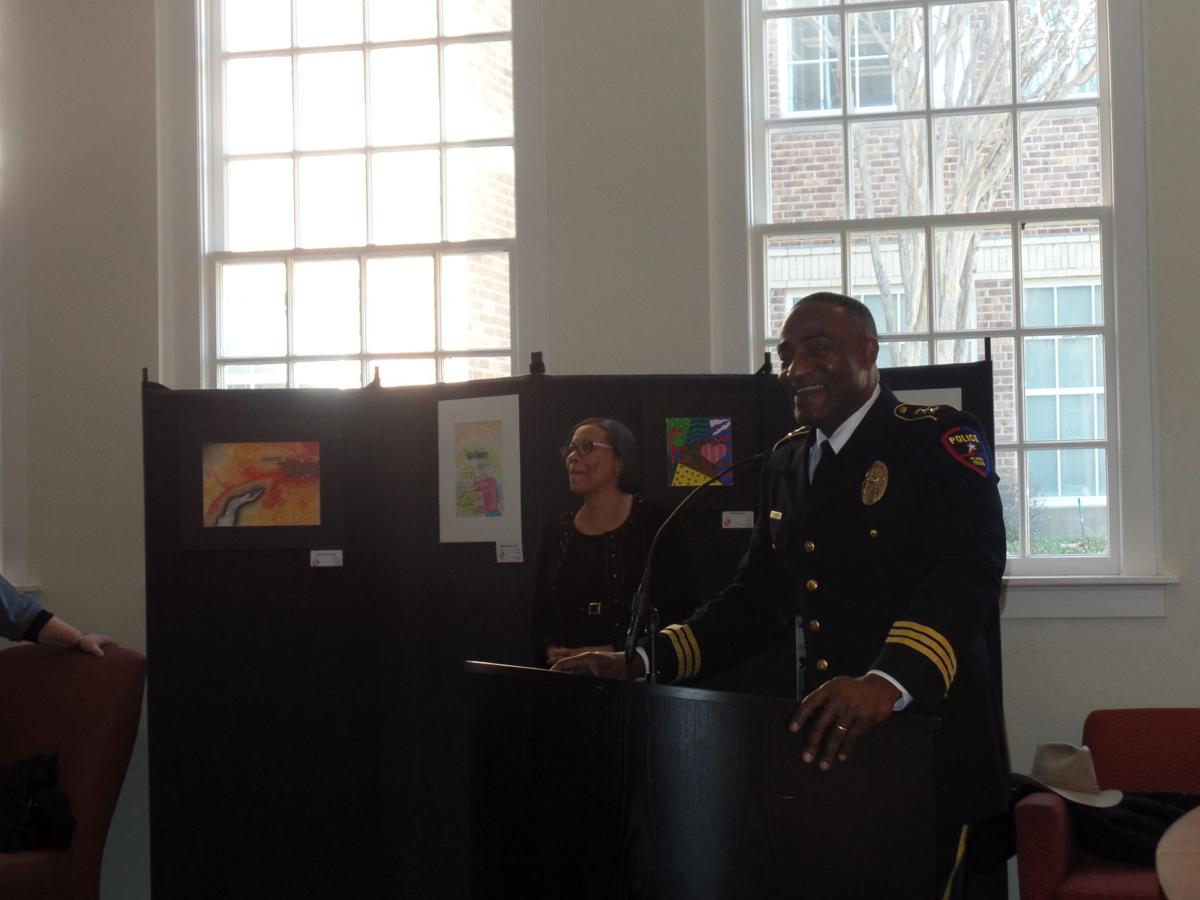 Plano Police Chief Ed Drain laughs as he recalls his story of coming back to Plano. 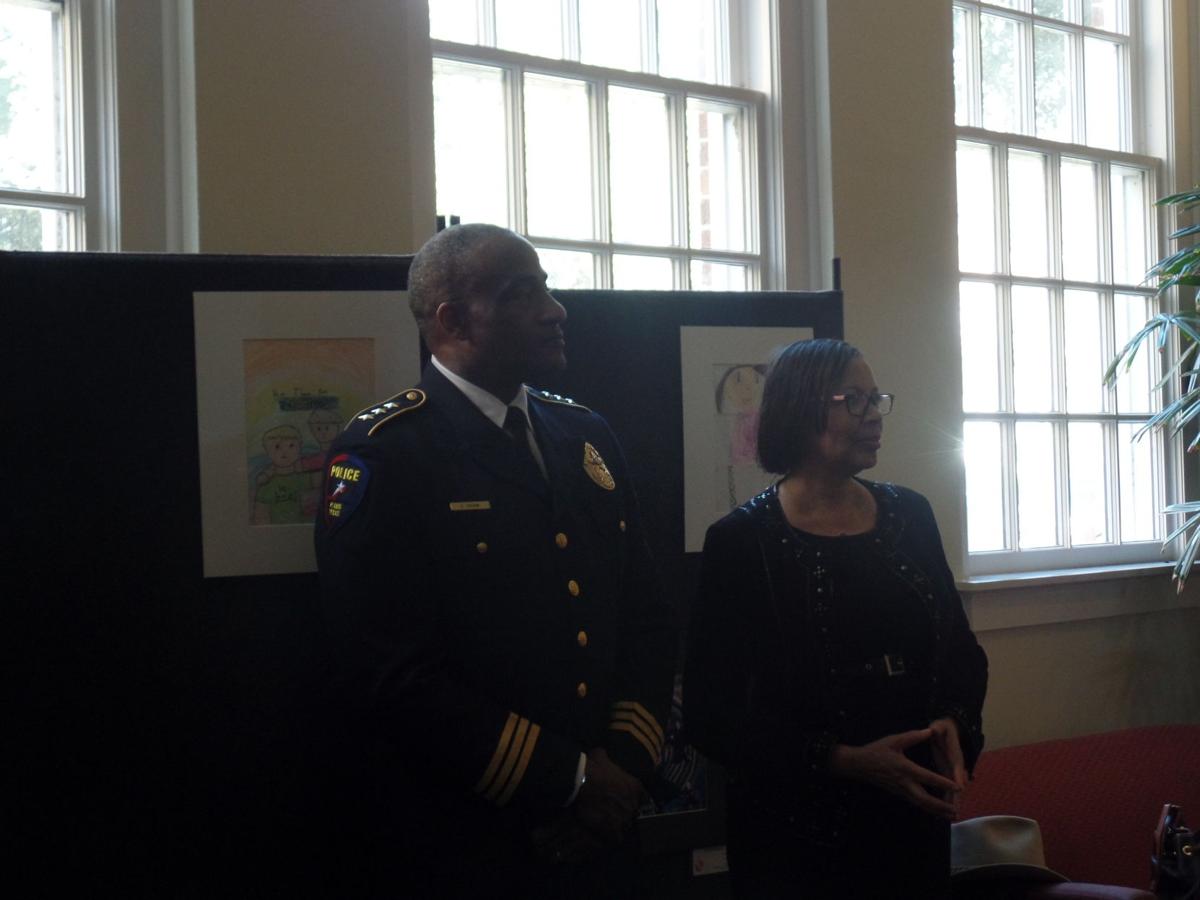 Plano Police Chief Ed Drain laughs as he recalls his story of coming back to Plano.

Plano held a reception Monday for new Police Chief Ed Drain. Drain told Plano residents and officials of his excitement to be back in Plano.

At the Courtyard Theater, residents lined up to speak with Drain and listened in as he addressed a room full of people there to celebrate his new position.

Drain and his wife Linda Drain, who retired recently from practicing law, previously lived in Plano and have family in the area.

Drain said his wife played a large part in the move back to Plano.

“But when the job opportunity still came back around in December of last year, she was pretty adamant that I (take the job.) I'd be divorced if I didn't take it. I’m joking,” Drain said.

"Sometimes you have your plans, and God has other plans is the way that I think it happens," he added.

Drain is the first African-American police chief in Plano’s history. He previously worked his way up to assistant police chief with the Plano Police Department.

“My wife and I, we both had a good tour in Amarillo with some really good people down there with some good resources, but it's not home, and this is the only place I would have left my last job, is to come back home. I am pleased to be back, and thank you, everybody, for your support,” Drain said.

Later at the City Council meeting, Mayor Harry LaRosiliere stood with Drain as he took his oath of office.

"This uniform figuratively and literally looks great on you. Figuratively because it represents what you are to our city, you are police chief," LaRosiliere said. "Symbolically, you embody the spirit of our city."