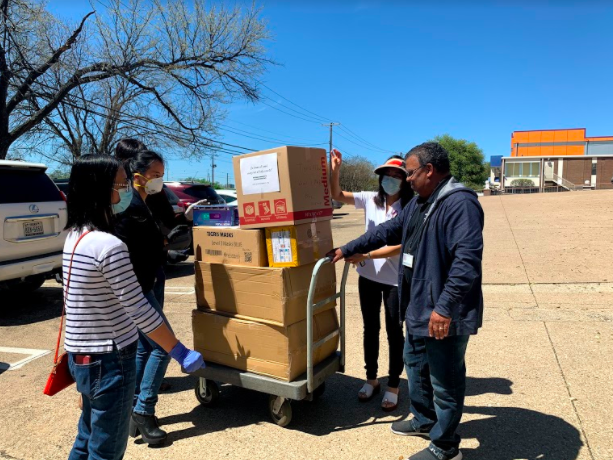 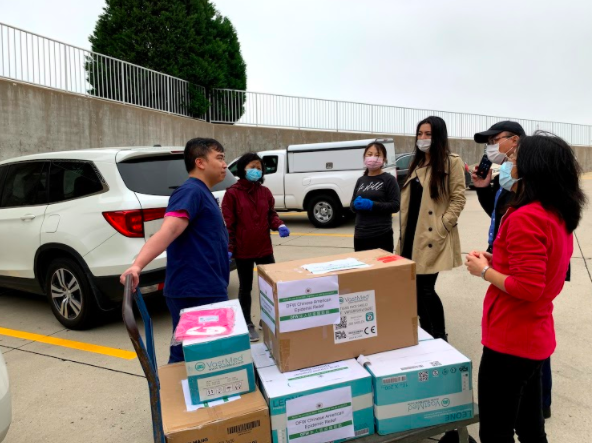 DFWCARES drops off supplies at Baylor Scott and White.

DFWCARES drops off supplies at Baylor Scott and White.

The group has raised over $100,000 within days and has donated thousands of medical supply units including masks and gloves.

Every penny raised by the organization goes to obtaining more supplies, according to Bao.

“We really wanted to help them to have all the protection they could have. The community is really enthusiastic and geared up,” she said.

Bao said most of the group is made up of people from Plano, even though some of the supplies reach hospitals outside of the city. Baylor Scott and White’s headquarters in Plano is high on the list of medical centers receiving supplies.

As she worked at the hospitals, Bao noticed several other residents and organizations dropping off donations to help expand medical resources.

“People are doing their best in every way trying to help,” she said.
Bao emphasized the organization is a team effort. She said most of the fundraising was achieved by circulating information on Chinese-American groups and pages on social media.

“The whole community is very passionate about helping the medical industry. We see in China how the whole thing started and the evolving and what's happening. We wanted to be helping,” Bao said.“Especially to help small venues who may not have the big suppliers.”

Bao said there is still more work to do for medical centers. “We care about them and want to stand behind them.”

For information on the donation process, visit dfwcare.org.