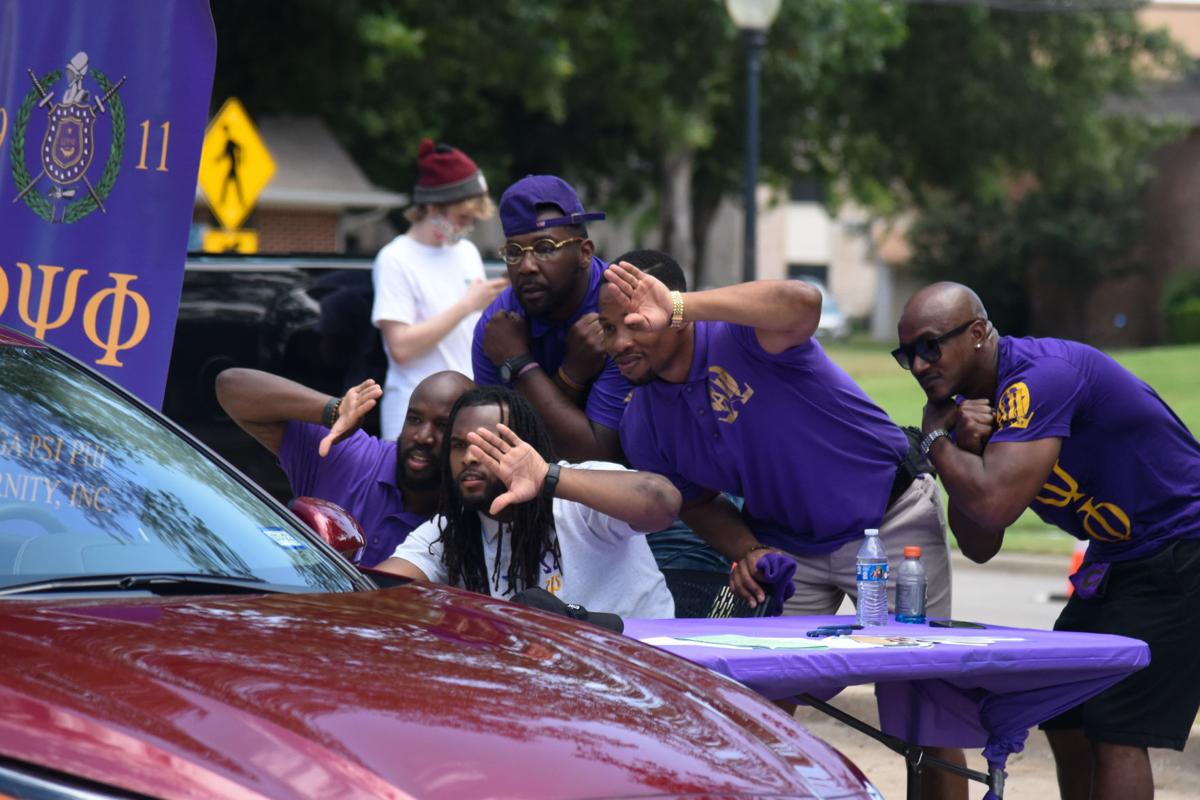 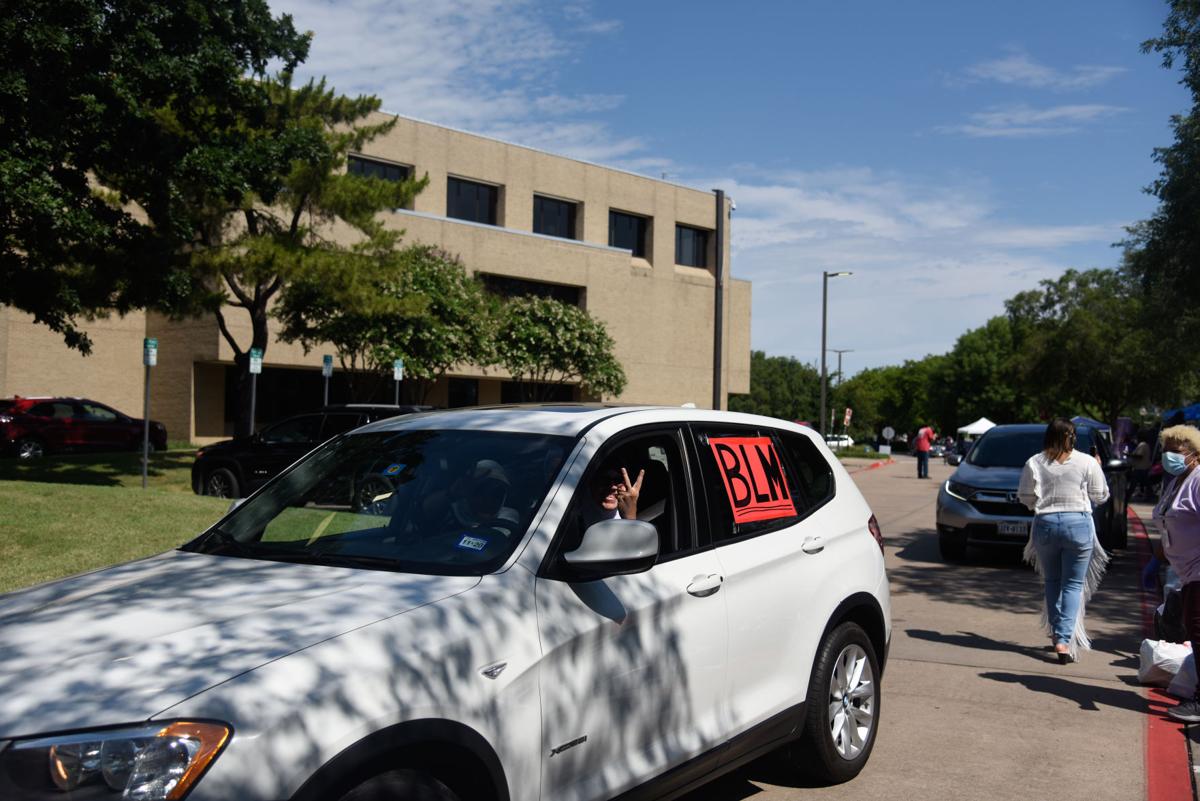 A driver throws up a peace sign during Collin County's Juneteenth celebration. 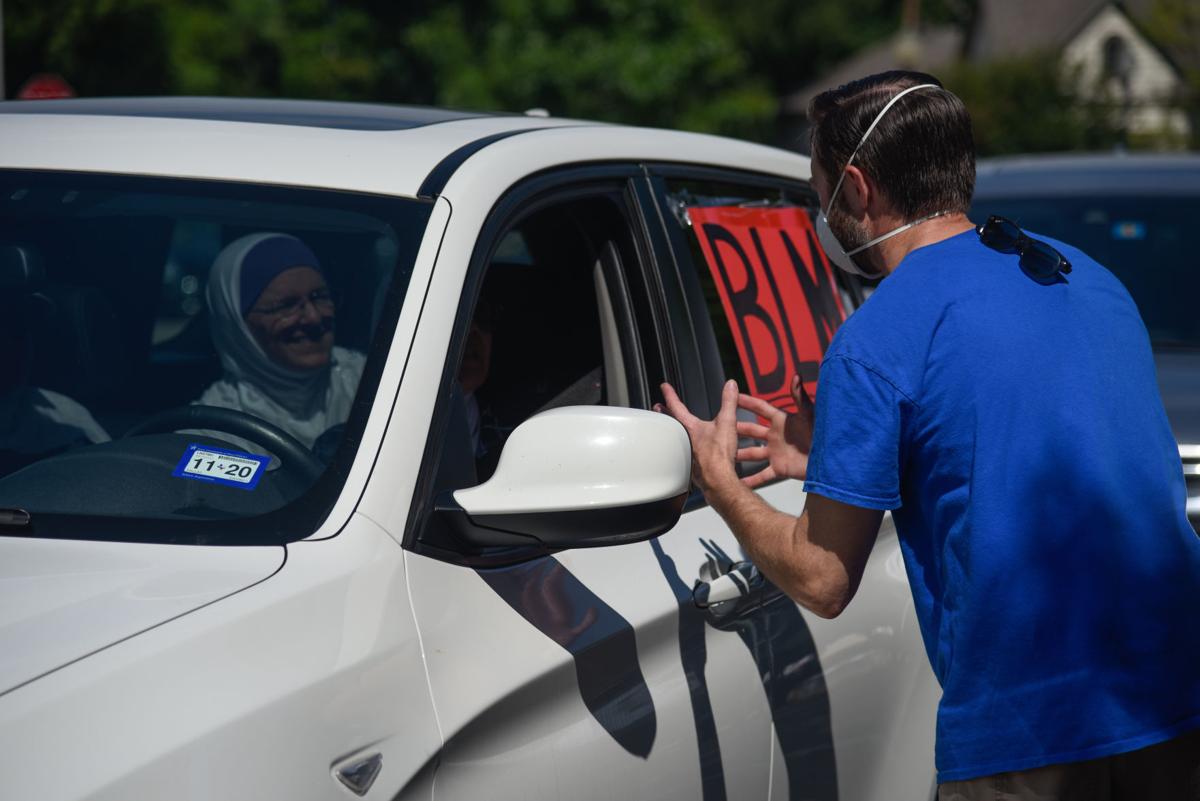 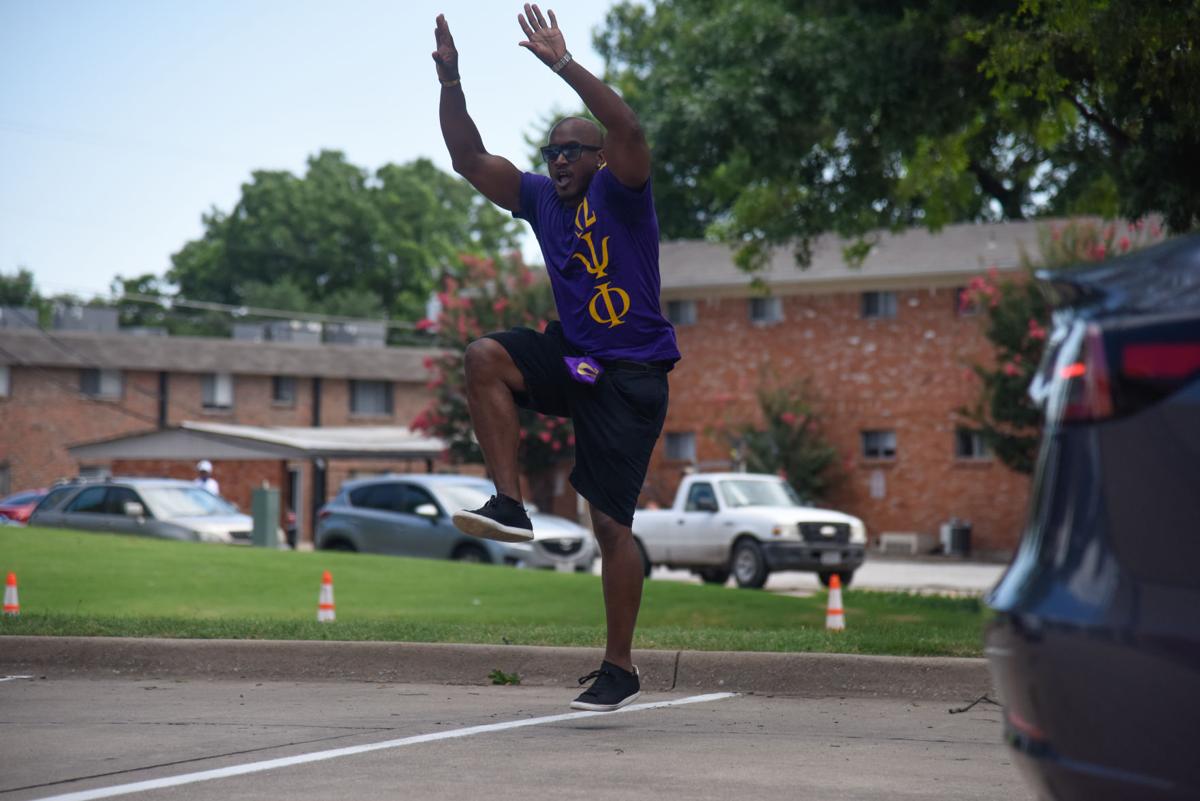 A driver throws up a peace sign during Collin County's Juneteenth celebration.

The event commemorates the announcement of the abolition of slavery in Texas, the final state to release those who were enslaved. The celebration is in its sixth consecutive year in Plano.

County leaders from the Douglass Visions Committee, NAACP, Omega Psi Phi fraternity and others met drivers through car windows to celebrate the day. The drive-thru event was designed to limit possible exposure to COVID-19.

David Evans of the Douglass Visions Committee organized the event with community volunteers. Evans grew up in Plano and is the grandson of A.J. Stimpson, one of the first freed residents of Plano.

To Evans, the event is not just a celebration of civil rights progress in the U.S., but it also serves as a reminder of work that remains.

“Even just today, we still experience some forms of slavery. When I say that, it means systemic racism. That's a form of slavery,” he said. “We still have to take a minute, recognize where we are, where we've been.”

The celebration took place against a backdrop of a national dialogue surrounding race. Recent weeks saw protests in Collin County calling for changes within government systems, including police reform.

As a Texan, Collin County NAACP Political Action Chair Sherasa Thomas said Juneteenth is always special to her, but the nature of celebration speaks even more truth to her now.

“Not only did we have two years of delayed freedom, but we’ve had to work much longer,” she said. “It's just important to us now. Not only are we recognizing and celebrating it, but now more people are starting to understand what it is and the significance to our community.”

Collin County NAACP President June Jenkins recalled the first time she learned of the event as a sophomore in college. Growing up in Georgia, Jenkins assumed the Emancipation Proclamation of 1862 set all people free in the country.

“What do you mean they didn't know for two years? That was kind of appalling to me,” she said.

Since then, Jenkins formed her own tradition with the holiday with her daughter.

“For me, we have always celebrated Juneteenth, but I think there's a new awareness at this time that we're in,” she said.

“It's important that we let our allies know what it's about.”

Between helping volunteers and instructing cars, Evans reflected on the importance of this year's Juneteenth. During the weeks leading up to the event, Evans watched allies and young activists show their support for Black civil rights on T.V.

He said the images sparked an emotional response.

“This has been for me, one of the most heart-wrenching in a good way, years as far as all of the protests,” Evans said. “We see so many different nationalities of people that have come up and that have stood up for our civil rights and our civil liberties.”