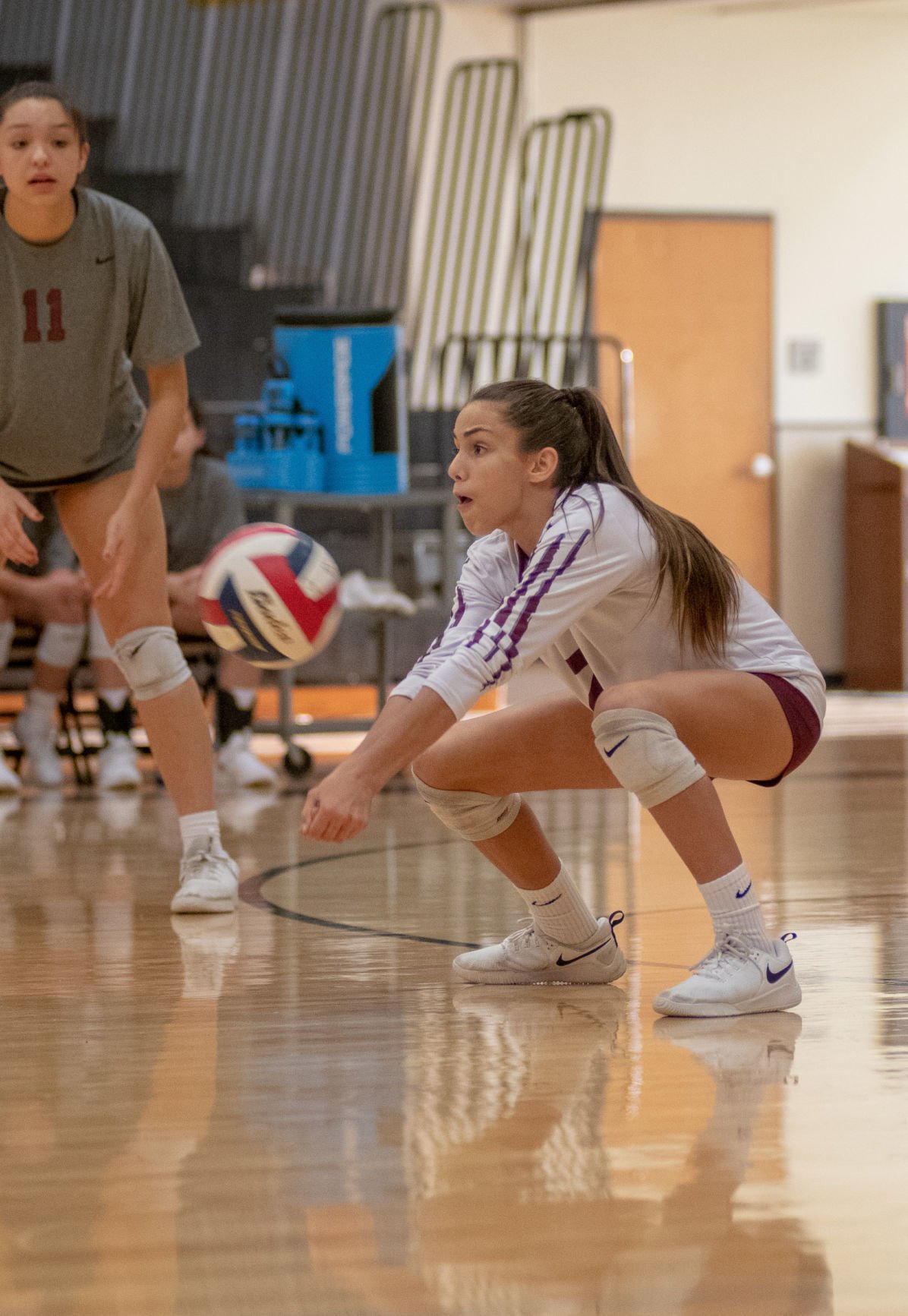 Plano Senior junior Naylani Feliciano is one of the top defensive players in the newly formed District 6-6A. 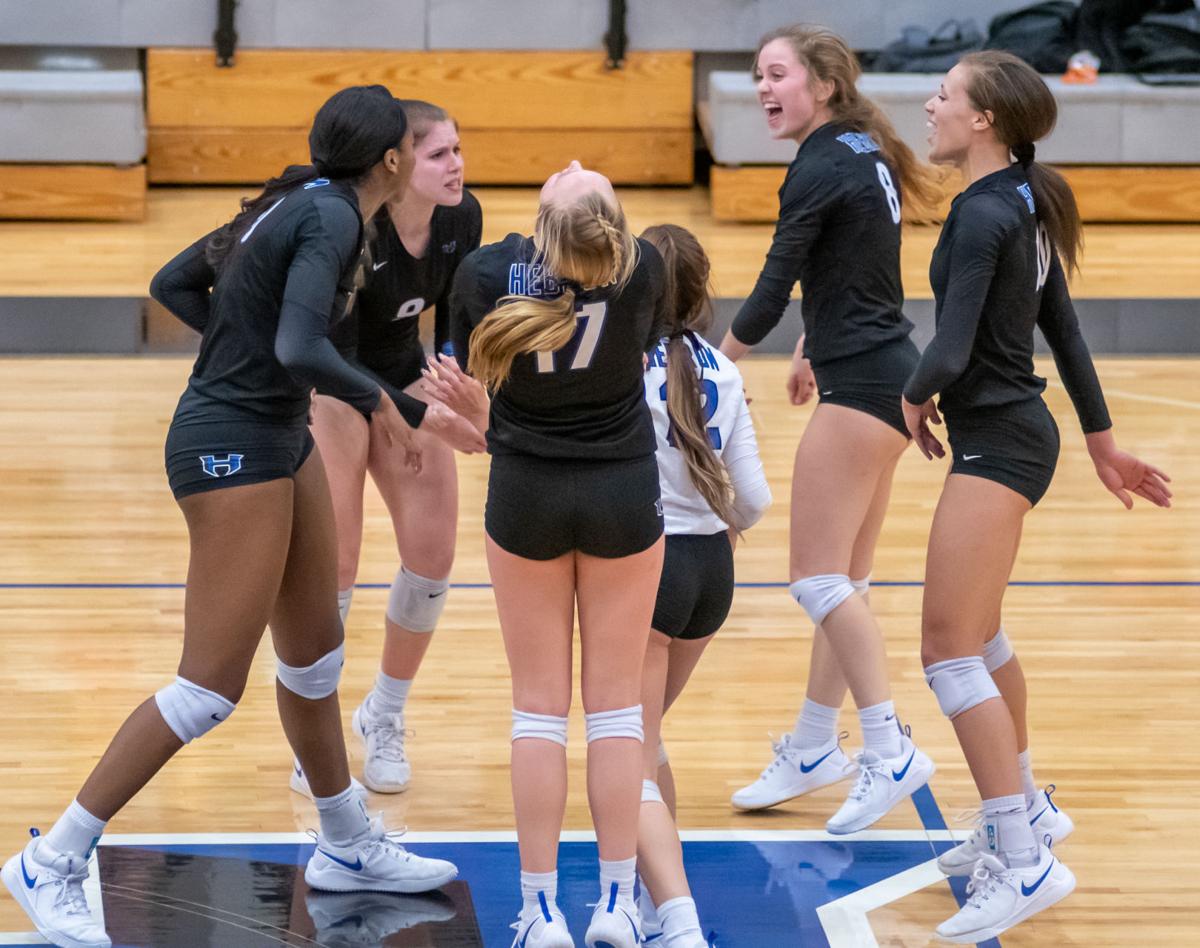 Hebron's volleyball team qualified for the playoffs last season as the No. 3 seed in District 6-6A. 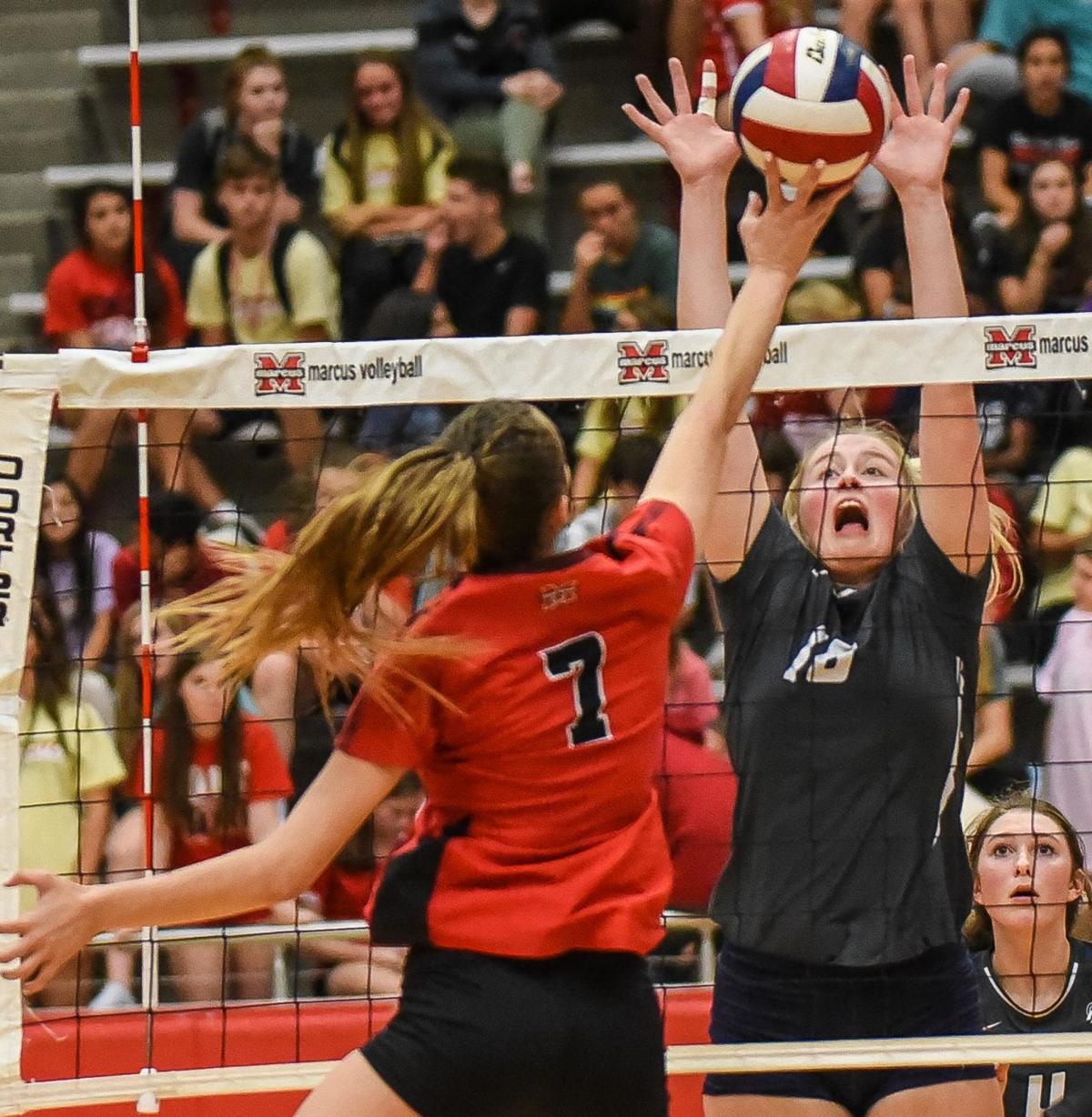 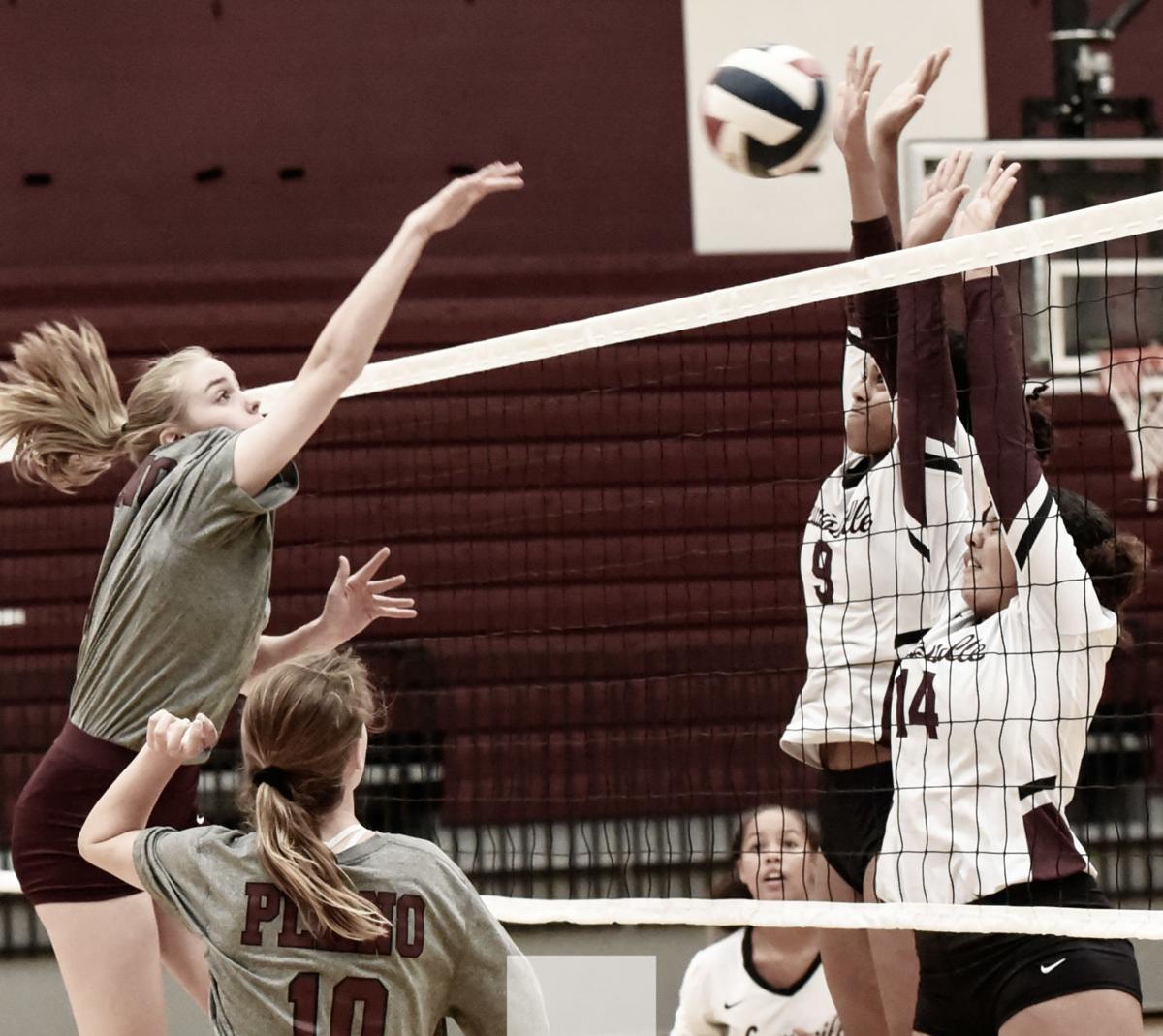 Lewisville is in search of its first playoff berth since 1998.

Plano Senior junior Naylani Feliciano is one of the top defensive players in the newly formed District 6-6A.

Hebron's volleyball team qualified for the playoffs last season as the No. 3 seed in District 6-6A.

Lewisville is in search of its first playoff berth since 1998.

For many, that’ll mean making the move to a new district, and schools like Plano ISD, Lewisville ISD and Coppell are no different. The PISD trio broke away from their longtime rivals in Allen and McKinney and link up with LISD and Coppell in a revamped District 6-6A.

Throughout the summer, Star Local Media will reflect on the year that was for 6-6A’s eight schools while also looking ahead to the district’s storylines and subplots for the 2020-21 school year.

1. Who's the preliminary favorite in 6-6A volleyball?

Matt Welch: This district features 2018 state champion Flower Mound and 2019 state runner-up Plano West, plus a myriad of credentialed programs elsewhere. Truth be told, there may not be a soft spot in any team’s district schedule.

The Lady Jaguars should have an early edge on the field, however. On top of graduating just four seniors from a team that spent part of last season ranked No. 1 in the state, Flower Mound is fortified on offense with the arguably the top hitting duo in the area with seniors Kaylee Cox and Angelique Cyr. Junior Bella Ortiz earned newcomer of the year honors in the middle as well.

The big question for Flower Mound is how the defense develops with longtime libero Sarah Martinez having graduated, but the Lady Jaguars are strong enough elsewhere to warrant the early nod as 6-6A’s favorite.

Although West enjoyed its best season ever last year, the Lady Wolves lost a bunch to graduation, particularly on offense. There’s still talent, no doubt — seniors Ashley Le, Lindsey Zhang, Kendall Lukachek and Avery Lowe are all verbally committed to colleges — and the Lady Wolves should still remain in the thick of the playoff conversation.

Don’t rule out Marcus making a run either. The Lady Marauders placed second in 6-6A last season and could have up to six all-district performers back on the court next season, led by reigning hitter of the year Maggie Boyd.

2. Who are the early MVP candidates in 6-6A volleyball?

David Wolman: State powers Plano West and Flower Mound combined to win 81 matches a year ago with the Lady Wolves going on to finish as the state runner-up in Class 6A, so the battle for supremacy in 6-6A could ultimately fall on the hands of four Division 1 commits.

West has to replace a large chunk of its roster to graduation, but the Lady Wolves return two proven standouts in reigning Star Local Media Newcomer of the Year and South Carolina commit Morgan Carter, a senior libero, and Virginia commit Ashley Le, a senior setter.

Carter finished with 417 digs and 89 assists as she played in a state title game for the second year in a row after helping to lead Brentwood High School (Tennessee) to its sixth consecutive state title in 2018, while Le flourished in multiple roles as a junior with 834 assists, 243 digs and 52 kills.

Flower Mound should be in the mix to contend for another district title as it returns all but four players from last year's team that finished with a 41-4 record, and the Lady Jaguars will again lean on the experience of senior outside hitters Kaylee Cox, a Missouri commit, and Angelique Cyr, an Arizona State commit. Cox tallied 573 kills, 444 digs and 37 assists as a junior. Cyr posted 422 kills, 31 blocks and 368 digs.

Coppell senior middle hitter and Texas Tech commit Madison Gilliland adds to the list of early MVP candidates after posting back-to-back seasons of at least 400 kills and more than 115 blocks.

Plano Senior libero Naylani Feliciano made a big splash last year as a sophomore with 406 digs, on her way to being named to the all-District 9-6A first team.

Matt Welch: In recent years, this has been a battle between West and Plano, although East wedged its way into the conversation a bit more with strong years in girls basketball, cross country and swimming.

The Wolves’ longstanding edge is stepped in its success in the solo sports. Their tennis program is among the best in the state, their wrestling team captured two individual state titles last season and their golf team was primed to contend for a championship of its own last spring.

Plano, meanwhile, isn’t far removed from perhaps the school’s best-ever run in girls athletics, capturing a state title in girls basketball, reaching the state semifinals in softball and placing fifth overall at the state track and field meet during the 2017-18 school year.

Between shifting to a new district and region, plus the Wildcats sporting five new head coaches, leaves plenty of question marks heading into the 2020-21 school year — and that’s not even factoring in the limited amount offseason work caused by the pandemic. But in the end, West’s strengths should translate a bit more seamlessly to 6-6A and Region I.

David Wolman: It's a toss up between Coppell and Flower Mound, but I'll give a slight edge to the Jaguars.

Flower Mound has finished in the top 10 of the Lone Star Cup voting in Class 6A in each of the last two years, based on its performance in district and state championships -- including a tie for fifth place with Austin Westlake for the 2019-20 school year.

It's a close battle for supremacy on the field and court between Coppell and Flower Mound, but there are high hopes for the Jaguars to contend for district titles in volleyball, baseball, softball and girls soccer as well as make an extended playoff run.

Flower Mound's volleyball team followed up a state championship run in 2018 with a 41-4 record the next year, and with senior outside hitters Kaylee Cox and Angelique Cyr returning to a lineup that lost just four players to graduation, expect big things from the Lady Jaguars in 2020.

The Jaguars' girls soccer team was nationally ranked in spring 2020 and on the short list of undefeated teams after piecing together a masterful defensive season that resulted in only seven goals allowed in 21 matches.

Flower Mound's baseball and softball teams are ready to build on a shortened spring season in which both programs posted double digits in wins before the pandemic cut short their seasons.