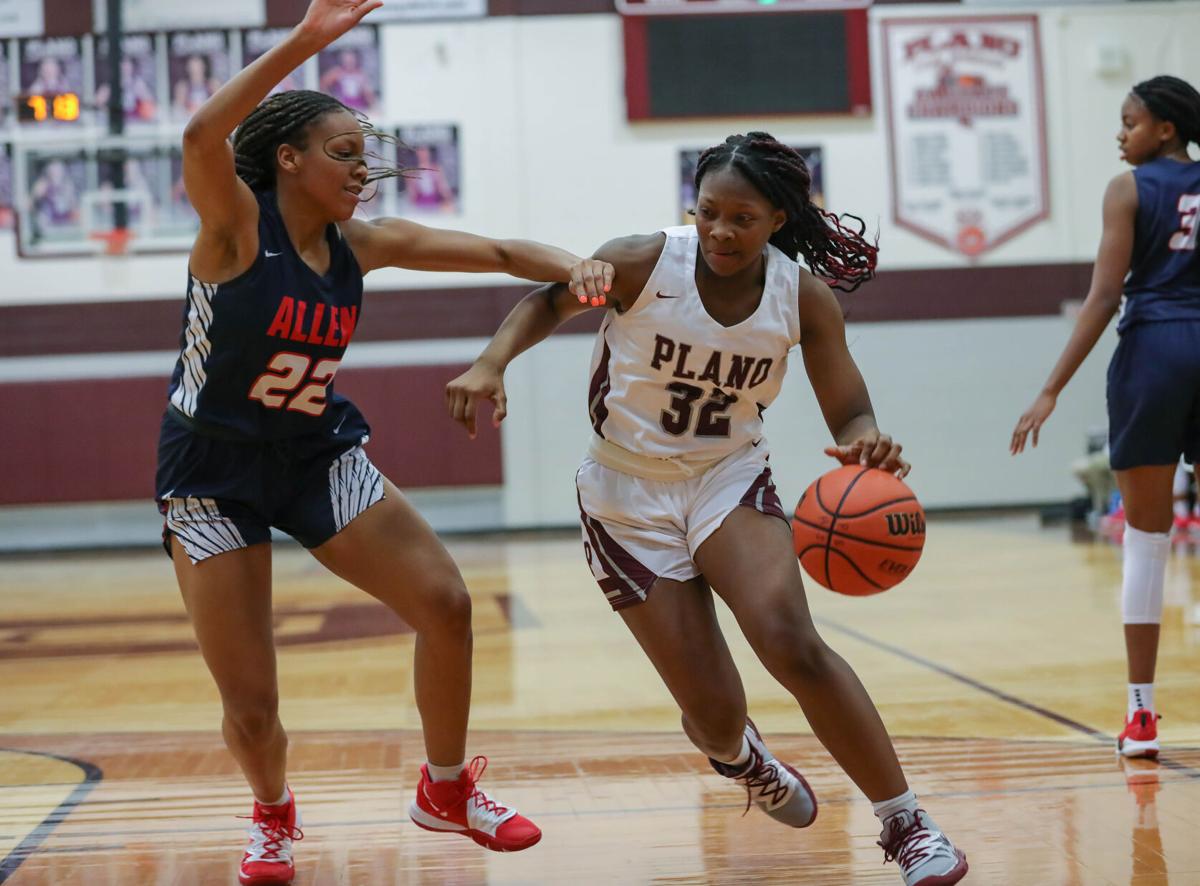 Plano Senior junior Sanaa Murphy-Sowers, right, was named to the all-district team as a sophomore. 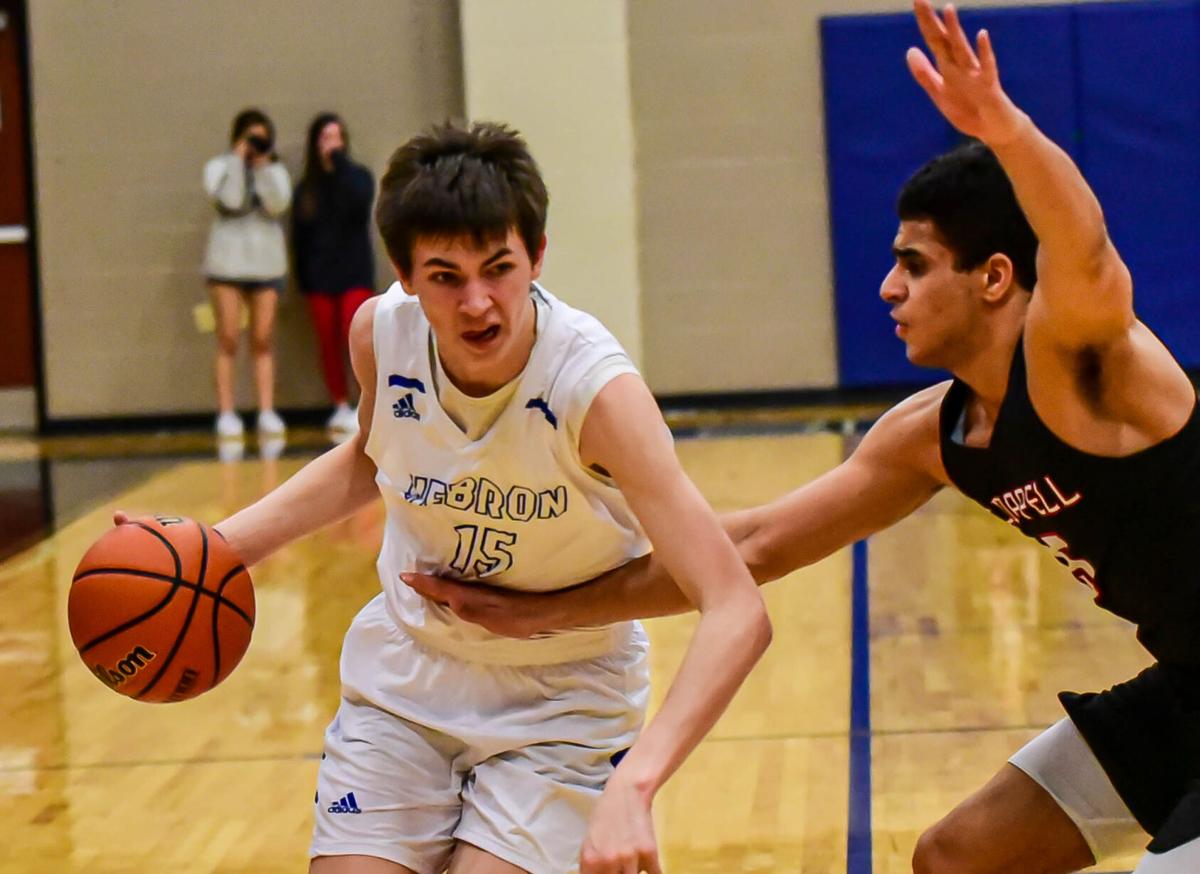 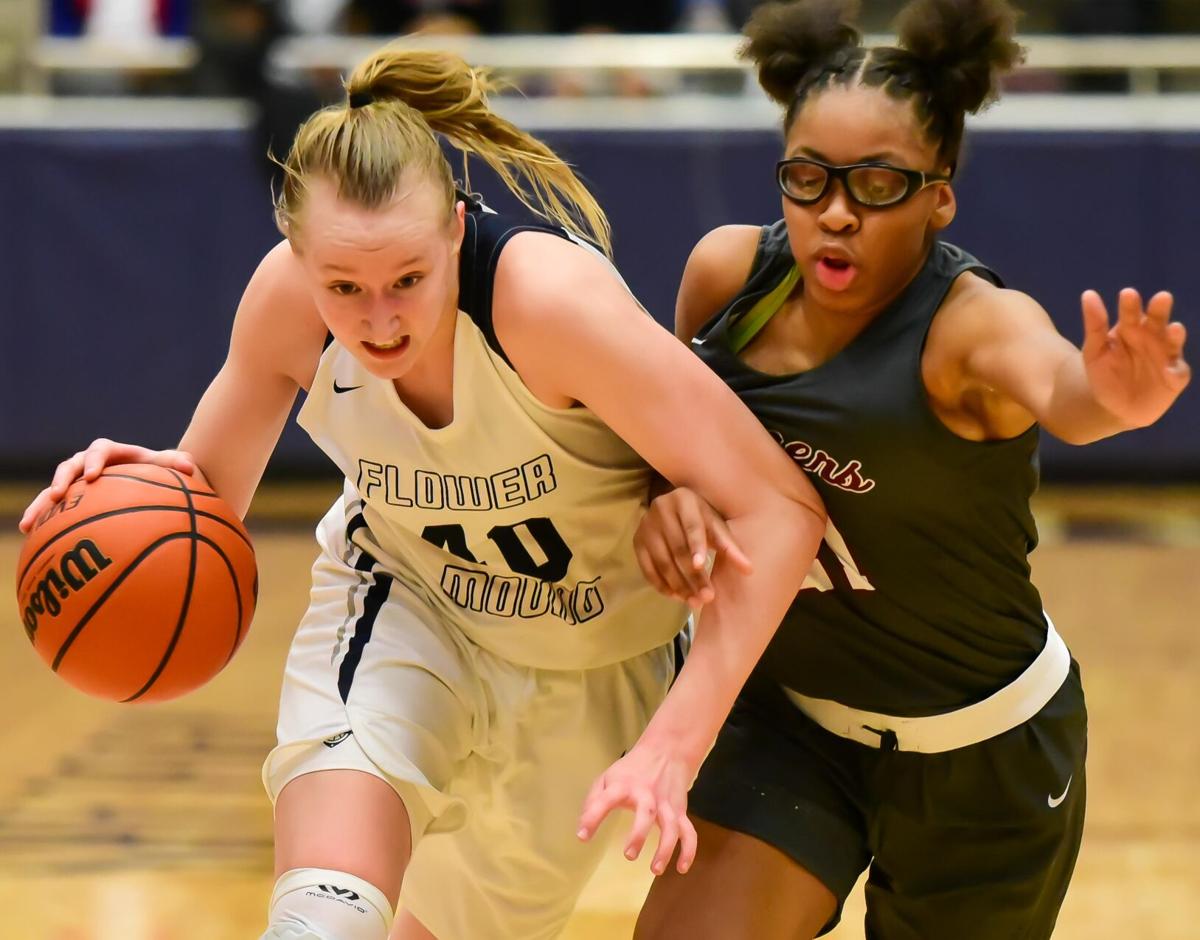 Plano Senior junior Sanaa Murphy-Sowers, right, was named to the all-district team as a sophomore.

For many, that’ll mean making the move to a new district, and schools like Plano ISD, Lewisville ISD and Coppell are no different. The PISD trio broke away from their longtime rivals in Allen and McKinney and link up with LISD and Coppell in a revamped District 6-6A.

Throughout the summer, Star Local Media will reflect on the year that was for 6-6A’s eight schools while also looking ahead to the district’s storylines and subplots for the 2020-21 school year.

1. Who's the preliminary favorite in 6-6A boys basketball?

David Wolman: As 6-6A ushers in a new era, welcoming Plano Senior, Plano East and Plano West, the preliminary favorite is to raise another banner is two-time defending champion Coppell.

Before five-star recruit Keyonte George (23.9 points, 5.1 rebounds as a sophomore) -- the No. 12 overall recruit in the nation for the Class of 2022 by 247sports -- transferred from Lewisville to iSchool of Lewisville, the Farmers would have been among the mix for contenders for the district title. His departure means that junior Kylin Green (12.1 points as a sophomore) will be given an opportunity to carry the scoring load.

2. Who's the preliminary favorite in 6-6A girls basketball?

Matt Welch: This could wind up being the most contentious district title race in all of 6-6A. Plano Senior, Plano East and Lewisville all return the majority of their rosters from teams that advanced at least two rounds deep in the playoffs, and all have valid claims to the 6-6A throne.

Plano has two versatile wings in Mikayla Eddins and Amaya Brannon leading a deep group that prides itself on defense, East is chalked in skill underclassmen and brings back practically its entire playoff rotation under second-year head coach Jessica Linson, and Lewisville has arguably the top player in the district in forward Laila Lawrence.

Don’t rule out Flower Mound making a push either. The Lady Jaguars lost some key leadership in the backcourt but return an impressive post tandem in Madison Cox and Sarah Edmondson.

It all sets up for a fun, competitive district campaign, and for the sake of designating a frontrunner, let’s give the slightest of nods to East. The Lady Panthers really came into their own late last season, going 5-1 in the second half of district play, and controlled the majority of a second-round overtime loss to Harker Heights. Their arrow should continue pointing up in 2021.

3. Who are the early MVP candidates in 6-6A boys and girls basketball?

Matt Welch: There’s quite the list of viable contenders on the girls side, evidenced by the overflow of talent mentioned earlier. Lawrence, who’s entering her fourth season as a varsity contributor, earned 6-6A defensive player of the year last season and is a night-to-night double-double threat for the Lady Farmers.

Meanwhile, Plano senior Mikayla Eddins already has an MVP under her belt after claiming 9-6A’s top superlative following a well-rounded campaign that fueled the Lady Wildcats’ regional finals run. Fellow senior Amaya Brannon should be in the mix as well.

Cox has a chance to build off a breakout freshman year, named 6-6A’s top newcomer after leading Flower Mound in scoring, and East’s balanced approach could yield any number of MVP candidates if the Lady Panthers can claim the the district title. Juniors Donavia Hall, Tiana Amos, Kayla Cooper and sophomore Taylor Haggan are all capable of shouldering the load for East.

The boys side is a bit more cut and dry. With last season’s MVP, George, departing Lewisville, Coppell has a pair of blue-chip juniors that already rank among the area’s best in the 2022 class in Agarwal and Black. Agarwal led the Cowboys in scoring last season and may already be the top offensive player in the district, while Black can fill the stat sheet in a myriad of ways.

Marcus senior Cale Martens is an interesting candidate as well. A 6-foot-7 forward, Martens earned 6-6A newcomer of the year honors and figures to be a challenging matchup in the paint for anyone in the district.

And if Agarwal doesn’t lead the district in scoring, perhaps it could be because of a big senior year from Plano West’s Chase Ross. The Wolves haven’t missed the playoffs in consecutive seasons since 2004 and if West is able to bounce back this season, it’ll have a ton to do with super scorer Ross.

Matt Welch: Since basketball is on the brain, there are some big shoes to fill in the Plano girls’ backcourt following Maggie Robbins’ graduation. Robbins earned 9-6A defensive player of the year and was named all-state as the senior captain for Plano’s regional finals run.

Robbins’ play hinged on a contagious hustle and work ethic and along the way some of those same qualities shined in the play of sophomore Sanaa Murphy-Sowers. Her role grew as the season progressed, carving out a starting role for former head coach Rodney Belcher, and her skill was on display with numerous skilled buckets in a regional semifinal romp of Vista Ridge. Murphy-Sowers’ growth could ease the blow from Robbins’s graduation.

On the football field, West senior Tabren Yates didn’t begin last season as the Wolves’ go-to option in the backfield but finished with a team-best 470 rushing yards on nearly 5 yards per carry. Yates thrived late in the year, amassing 371 yards over West’s last four games — good for a 93-yard per-game average — and he should shatter his 2019 production next season.

David Wolman: With George having transferred from Lewisville to iSchool of Lewisville, that should allow senior Kylin Green (12.1 points per game) to add to his scoring average for a Farmers team that finished last season with a record of 25-9.

Although the coronavirus pandemic limited the Coppell girls golf team to a handful of tournaments before last season was shut down by the UIL, the Cowgirls showed that their future is bright. Lauren Rios, a senior-to-be, tied for first in Granbury in Feburary, her first tournament since undergoing heart surgery. Fellow junior Mia Gaboriau shared team MVP honors with Rios. Senior Chelsea Romas took fifth overall at the Regional Preview with round of 79 and 76. Fellow incoming senior Jamie Welsh shot 76 and 80 for sixth.

Morgan Colon is on pace to have a standout senior season for Coppell after she broke the school record in the girls 800-meter run and ran to 21st place in the 2019 Class 6A state cross country meet.

India Howard battled a concussion early on last season, but came on in the last half of district play to help Coppell's girls basketball team finish strong with two wins in its final three games. An all-district second-team selection, she averaged 4.5 and 5.0 rebounds as a sophomore.