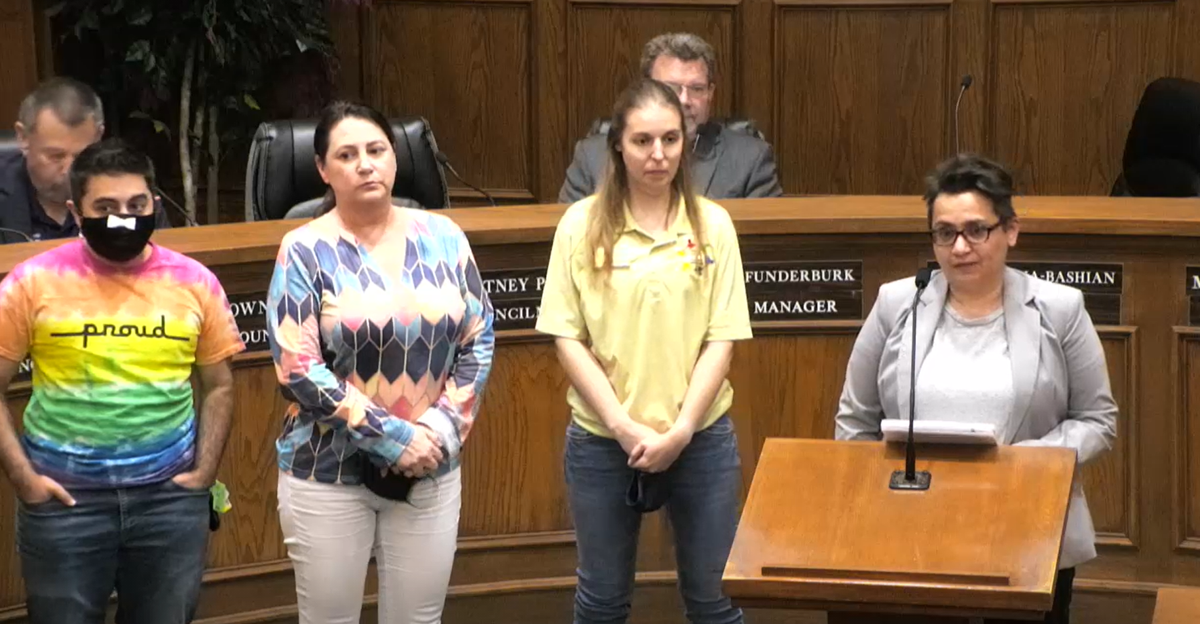 Members of the Rowlett Diversity, Equality and Inclusion Commission accept the Mayor's proclamation. 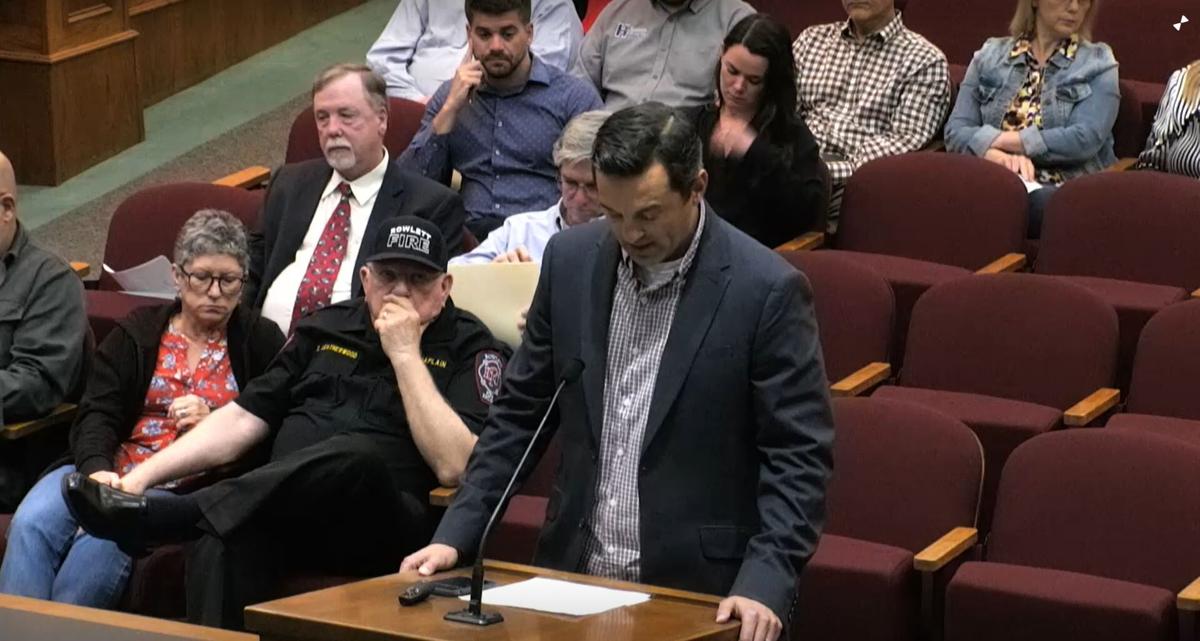 Members of the Rowlett Diversity, Equality and Inclusion Commission accept the Mayor's proclamation.

The proclamation was given to the Rowlett Diversity, Equality and Inclusion Commission (RDEIC).

“The RDEIC’s vision is acceptance and inclusion, and in my understanding of those words, there’s a key ingredient of equity,” Liaison Munal Muladad said. “Inclusion leads to equity, and I’m encouraged to see how Rowlett’s inclusion reflects on our community.”

The proclamation was met with discontent by three pastors at the meeting.

Pastor Steven Leatherwood of the First Baptist Church said while he ministered to members of the LGBTQ community, held funerals and gave medical assistance to some, he did not condone the lighting of the Rowlett water tower to celebrate pride month.

“Because we don’t condone the lifestyle doesn’t mean we oppose or dislike the people,” Leatherwood said. “I know there are many people in the gay lifestyle who are good people and serve our community well, but, to me, to put the lights on the water tower to advocate that lifestyle – you might as well put up some lights for people who live in adultery and other promiscuous lifestyles. I know there are some who commit to each other in a monogamous relationship, and that’s great. That’s what they should do, but that’s not the majority does.”

Pastor Kaston Huddleston of Freedom Place Church said there is a big difference between making sure everyone is treated with equal respect versus using taxpayer dollars and public property to celebrate someone’s lifestyle.

“When you look at this closely, pride was the first sin, and now we are glorifying that in this month. Pride being a sin against God, is to me something we should not position in front of anyone as an individual or as a city. God intended the rainbow to be a symbol of hope to his creation. It’s funny to me how people have now taken that, and what God meant for good has been turned into evil with the gay pride rainbow.”

Pastor Cole Hedgcock of First Baptist said he opposed the proclamation celebrating Pride Month because he believed it did not reflect the values of the community, saying it was contradictory to the morals of God.

“To make it clear, I would oppose pornography pride month, adultery pride month, assault and battery pride month, Aryan Nation pride month or any other sin in opposition to God’s word,” he said. “It is stated in Romans chapter one that this lifestyle is a sin and starts with not acknowledging God’s presence.”

Hedgcock said while he does not oppose the LGBTQ community, he believed that it was an overstep of the mayor to endorse the sexual preference of anyone.

Pride month is celebrated in June to commemorate the Stonewall Riots, which took place June 28, 1969 in response to a police raid on the Stonewall Inn – a popular bar in Greenwich Village for gay men, lesbians and transgender people.

The police arrested the employees for selling liquor without a license. Patrons were roughed up and taken into custody for wearing articles of clothing that were deemed inappropriate for their gender.

A crowd amassed outside of the bar as the patrons were loaded into the police van. The crowd voiced their anger throwing debris at the officers forcing them to barricade themselves in the Stonewall Inn and call for reinforcements. The barricade was broken, and the bar set on fire shortly before reinforcements arrived to extinguish the flames.

The Stonewall riot is remembered as a catalyzing symbol of political and social resistance calling for solidarity and equality for members of the LGBTQ community.

The mayor was clearly wrong in what she did. It's a shame she tarnished her legacy....