Nearly 20 percent of all children in Texas lived in households that couldn’t always afford enough food from 2016-2018, according to a new report by Hunger Free America, based on an analysis of federal data. That means 1,422,987 children in the state lived in households that did not always know where their next meal was coming from during the three-year time period. The total number of food insecure individuals in Texas from 2016-2018 was 4,184059, making it the ninth most food insecure state in the nation with 15 percent of the population struggling with food insecurity.

The report, titled “The Affordability Crisis and Hunger: Soaring Costs for Housing and Other Basics of Living Leave Less for Food,” also found that 11.3 percent of working adults (1,497,867) in Texas suffered from food insecurity from 2016-2018. Texas has a state minimum wage of $7.25 per hour — the same amount as the federal minimum wage. Nationwide, states with minimum wages above the federal level correlated with declined hunger among working people.

“The bottom line is that the U.S. hunger crisis is, at its core, an affordability crisis,” said Hunger Free America CEO Joel Berg. “The only way to end U.S. hunger is to help Americans better afford food, both by raising wages and ensuring a federal nutrition assistance safety net that is adequately-funded and easy-to-access, including benefits such as: SNAP (formerly known as food stamps); meals on wheels and senior center meals for older Americans; WIC for pregnant women and infants; and school breakfasts, lunches, and summer meals for children. Americans also need to be able to easily access affordable childcare, housing, and health care.”

Hunger Free America’s “U.S. Hunger Atlas” also found that nearly 11 percent of older Americans living in Texas, a total of 534,247 people, were hungry during 2016-2018. Texas has the fourth highest rate of food insecurity among older Americans in the country.

“How can it be that, during a time when the official unemployment rate was very low and the wealthiest Americans were doing better than ever, that so many Americans were hungry and impoverished?” Berg asked. “The answer is simple: tens of millions of Americans earned too little to keep up with soaring costs for housing, health care, child care, and other basic costs of living. The national minimum wage in 2016-2018 was only $7.25 per hour, the same level since 2009. The National Low-Income Housing Coalition calculated that a full-time worker would have needed to earn at least $21.20 per hour to afford a modest two-bedroom apartment during that time period.”

The full report, “Affordability Crises and Hunger: Soaring Costs for Housing and Other Basics of Living Leave Less for Food,” can be found on Hunger Free America’s website, HungerFreeAmerica.org, through which anyone can also donate, volunteer, or find food resources for those in need. Anyone needing food can call the USDA Hunger Hotline, managed by Hunger Free America on behalf of the federal government, at 1-866-3-hungry. 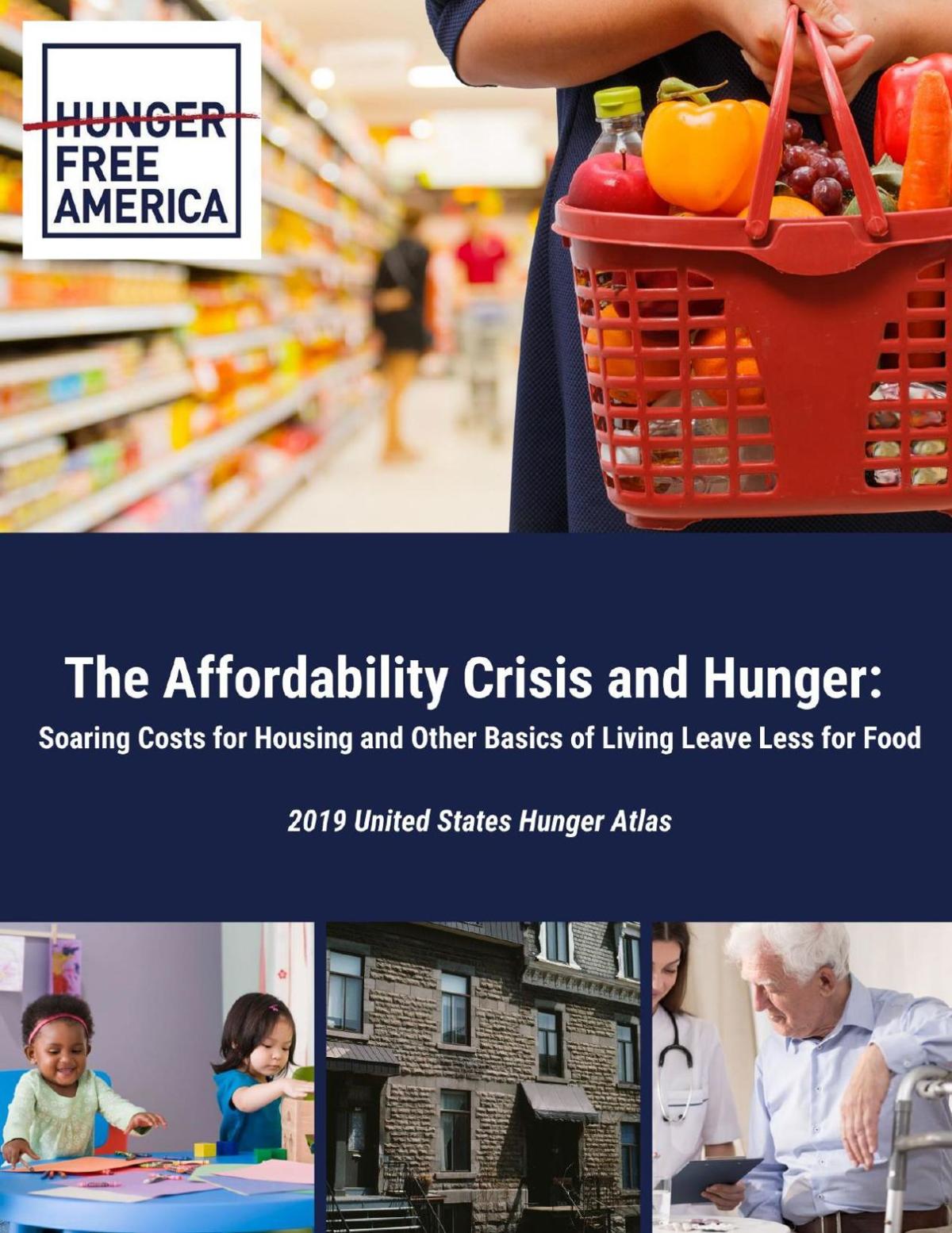