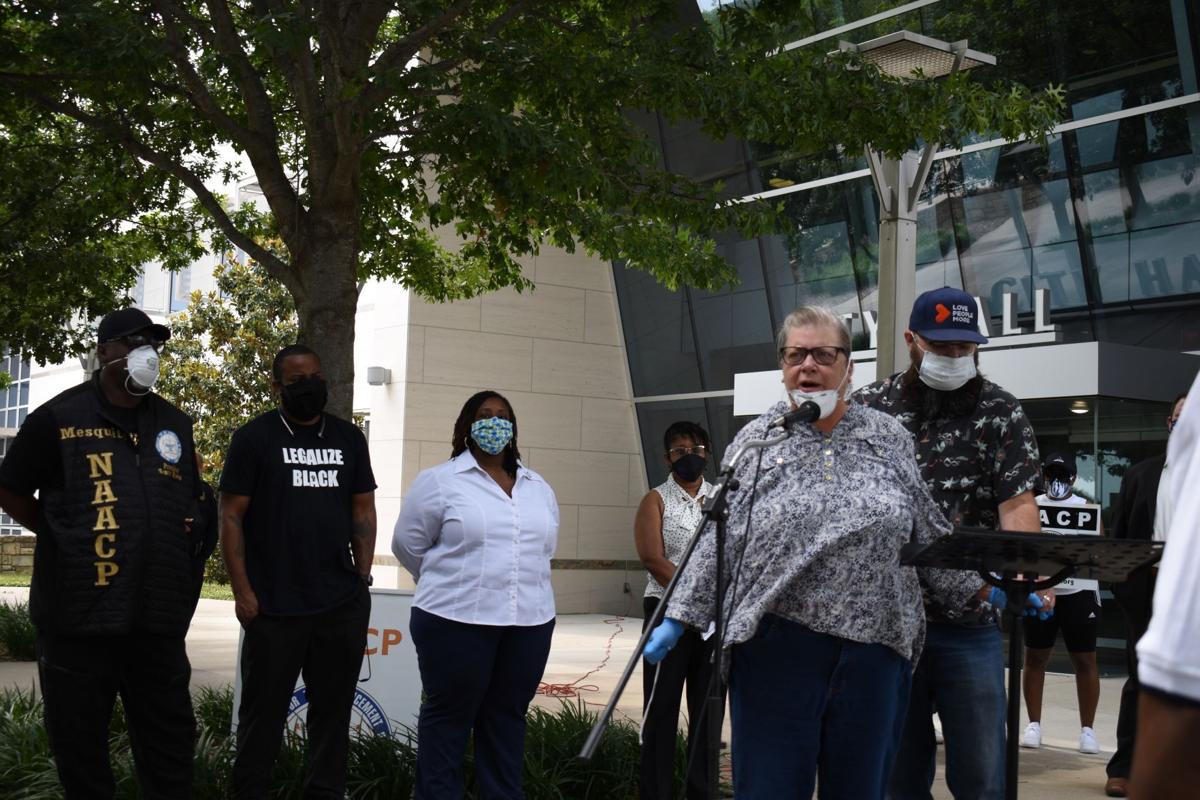 Vicki Timpa the mother of Tony Timpa, a Rockwall man who died at the hands of Dallas Police officers in 2016. 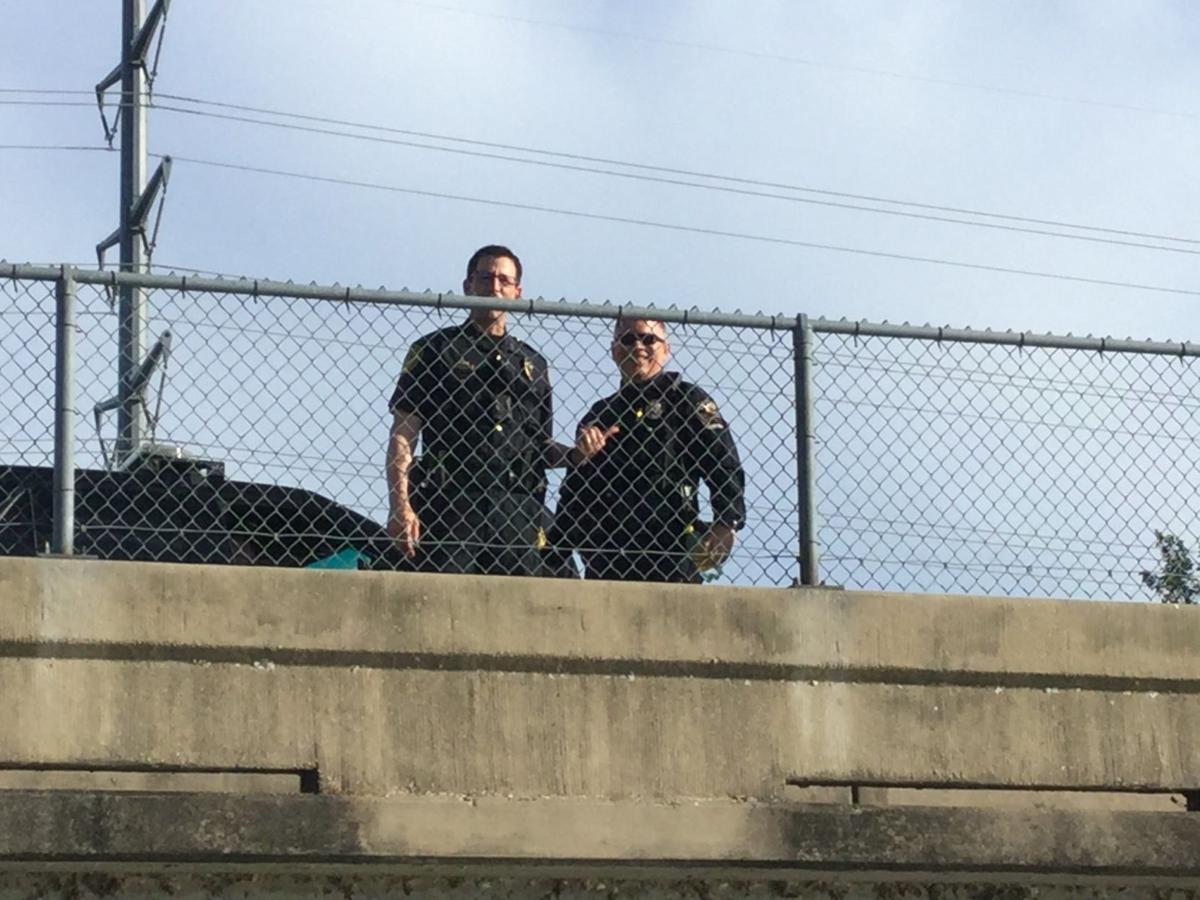 Following the death of George Floyd in Minneapolis, Minnesota, on May 25 in which former police officer Derek Chauvin is charged, people across the country have gathered to protest, and police departments have issued statements on police brutality, including in the Dallas-Fort Worth area.

On Sunday afternoon the Mesquite NAACP held a press conference outside of Mesquite City Hall to launch a movement to get the "prone position" with the knee in the back of the neck removed from law enforcement arresting methods in North Texas. The position is defined as a method of restraint that is controversial in policing.

"We collectively demand our legislative body in Austin to foster different laws to regulate criminal justice and judicial misconducts surrounding the arrest or apprehension of suspects, with penalties in tow. The prone position, with the knee on the back of the neck, is deadly. This should be called horizontal lynching,” said Henry Brown, president of the Mesquite Tri East NAACP. “In the past they used trees but now they use the prone position. We are aware most police department SOP (standard operating procedures) doesn't encourage this method. They don't encourage this method of arresting, but we understand that when the night falls you will be surprised what manner of policing an individual will encounter."

Brown said the Mesquite NAACP is launching this movement to get the prone position removed from law enforcement arresting methods throughout all of North Texas because it is controversial, and he said studies have shown that it increases the risk of suffocation and sudden death.

“We decided to push on the local level in the state level to eliminate this form of arresting procedure because it's cruel and it's proven to be deadly, and is a violation of individual civil rights, whom presumably has a right to stand before a judge and jury to answer for the crime that they have been accused of. This prone position, with the knee on the neck, diminishes that opportunity; it causes death in more cases than one,” he said.

One of that day’s speakers was Vicki Timpa, the mother of Tony Timpa, the 32-year-old Rockwall man who died in 2016 after being restrained by Dallas officers Kelvin Mansell, Danny Vasquez and Dustin Dillard.

“He begged 30 times, 'Please, you're going to kill me, officer.’ My son didn't do anything wrong, he was not armed, but he was a mental health patient so they wanted to have fun, they got in a circle and they replaced the tree with their hands,” said Timpa. “When I went to the morgue to see my son, he had a grimace on his face, his ears were purple, he had bruises on his arms..."

"What Vicki is talking about is a nightmare that no parents should have to have to endure. For more than 14 minutes Officer Dustin Dillard had his knee lodged right in the center of Tony's back,” said attorney Geoff Henley, representing the Timpa family. “Tony was handcuffed, his ankles were zip tied, he was gargling for life, repeatedly telling people, 'You're going to kill me, you're going to kill me.' And when he fell lifeless they acted as though he had fallen asleep and began to make jokes."

Precinct 2 Constable Bill Gipson spoke on the riots, looting and violence happening around the country.

"Justice is not won by meeting hatred with hatred. People of color want their voices to be heard, and we support peaceful protests but not protests that become unruly and inciting riots,” he said.

"As an African-American black male in America, as a father of a black son, I am no less mad than anyone else. We realize that there is a systematic racism in law enforcement, but in order to discover that fundamental root to the problem we must investigate the higher process of law enforcement profession and ongoing training,” he added. “We cannot allow bad apples to overshadow all the men and women that strive each and every day to represent their community and serve their community, and protect their community."

“Rowlett is a very unique place. It is special because of the people who live here, work here and the people who serve this community. We have come together in the face of adversity before and always come out stronger on the other side. As a nation, we are trying to make sense of the injustices that led to the tragic death of George Floyd. I am so very proud of the way our citizens have chosen to stand up and let their voices be heard – whether it be through social media posts, speaking directly with friends, family or faith leaders, or by way of yesterday’s peaceful protest,” Mayor Tammy Dana-Bashian said in a statement. “And, I am proud of the men and women in blue who faithfully serve this community as members of the Rowlett Police Department. By engaging directly with our citizens and joining the peaceful protesters on their walk across the bridge, our police officers embodied the compassion and empathy this community deserves.”