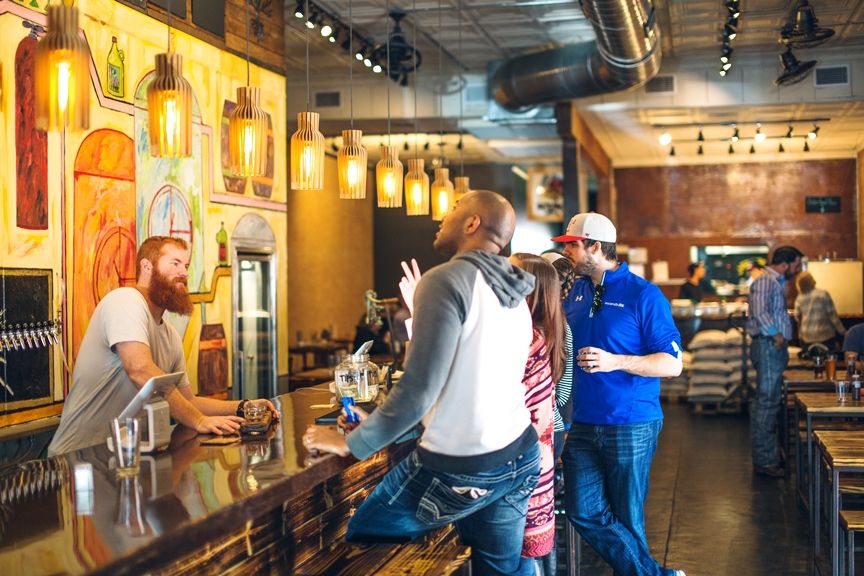 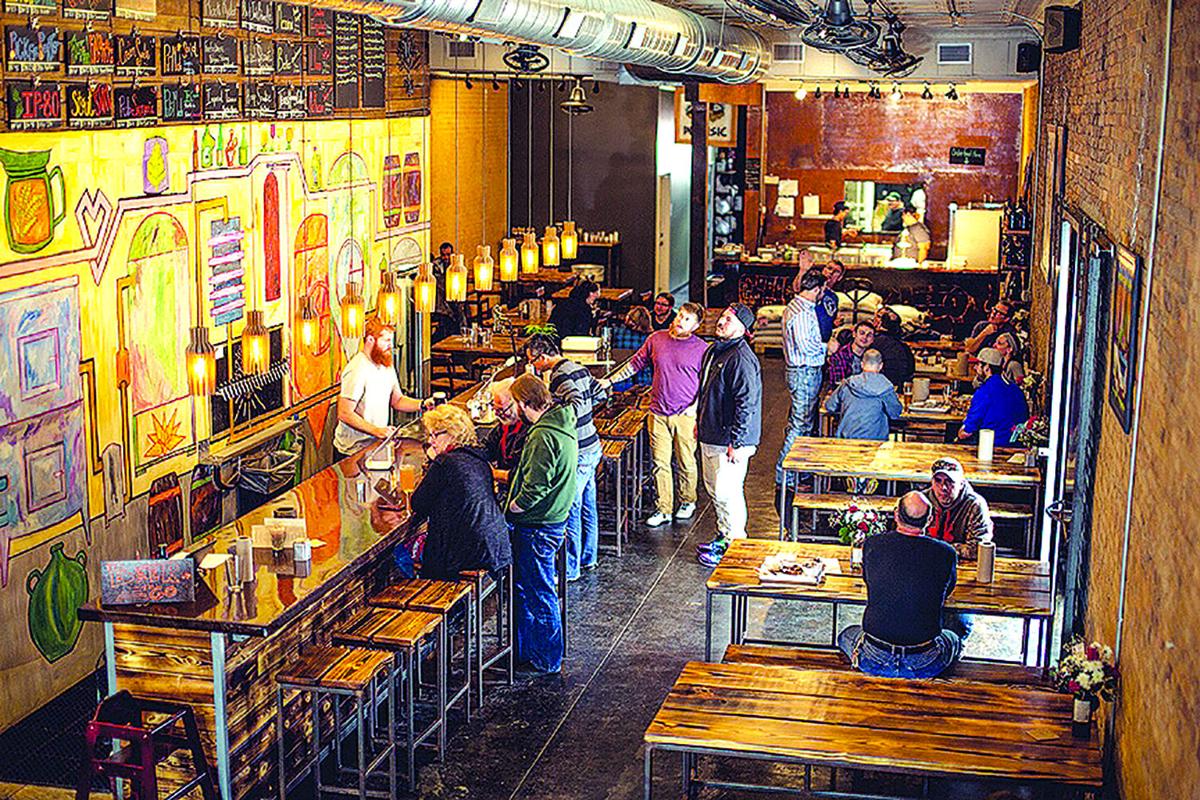 Cary Hodson and his wife, Molly, put a unique spin on the brewpub concept by pairing brews with barbecue in downtown Garland.

Cary Hodson and his wife, Molly, put a unique spin on the brewpub concept by pairing brews with barbecue in downtown Garland.

The brewpub concept is quickly rising in popularity. A place where people can enjoy good brews and good food – why wouldn’t it be a hit?

Cary Hodson and his wife, Molly, came up with an idea that hasn’t been seen locally: a smokehouse and brewery.

The Hodsons, Garland residents, opened Intrinsic Smokehouse and Brewery on Dec. 5, the anniversary of the day the 21st amendment was passed repealing prohibition in 1933.

It has been almost three months since 1,400 customers showed up to have their first taste of barbecue and Intrinsic brews.

In the early stages of planning for the brewery, Cary said they were playing around with the idea of burritos and brews. But when he kept running into a barbecue caterer at multiple brew events, the idea to open a smokehouse-brewpub concept clicked, and Intrinsic was born.

And what better place to open the brewpub than in a city where Hodson says their roots run deep and most of their immediate family lives? Downtown Garland was the chosen location to house the brewpub.

“We were tired of driving to Plano, Dallas or Rockwall to go have fun,” Hodson said. “We wanted it to be in our city square where people can go.”

The brewery offers lunch and dinner daily but often sells out of their meat twice a day. The meat for lunch is cooked overnight and the meat for dinner is cooked from 5 a.m. to 5 p.m. Weekly specials are offered including brisket tacos, house-made cured pastrami and jambalaya.

“In my mind a father and son walk into the local pub, and what’s the son going to drink?” Hodson said.  “They can both sit at the bar and play a board game. The father can have a beer or two, and the son can have a [root beer] from the taps as well.”

Hodson gained his knowledge of brewing by home brewing for five years, volunteering at other local breweries and visiting Colorado to take a brew emerging course to reinforce the decision of opening up his own brewery. He said they just went for it and dove right in.

Hodson added that he didn’t get into professional brewing to brew the same beers over and over again; he wants to give the customers a variety. They wanted to keep it creative.

“We brewed 14 batches since we opened, and none of them have been the same,” Hodson said. “Our first six beers are already gone and we’ve moved on to six new beers.”

The IPA and habanero brews have turned out to be popular choices among customers as well as the smoked wheat brew and, most recently, a blonde lager, which Hodson said is a good gateway beer for anyone new to the craft beer scene. The hibiscus wit brew has also proven to be a crowd favorite.

Customers can take their favorite brews home in a growler. A growler is a large, dark-colored jug that can be filled with any beer and taken off premise. Hodson said it’s the perfect way for a customer to enjoy the brew while at home watching a game or share it at a party since Intrinsic doesn’t distribute its brews.

“We enjoy being in our local community,” Hodson said. “We receive a lot of support from people in Garland, Rockwall, Rowlett and Wylie. People come by and say, ‘This is great, we’re glad you’re here.’”

The brew industry is unique, Hodson said. With the opening of Intrinsic the Hodsons received support from other local breweries when they needed equipment or ingredients for their own brews.

“We really enjoy the kitchen side of things,” Hodson said. “Learning about running a commercial kitchen and seeing that I made good choices when hiring key employees and watching them really take initiative. They are doing their best to make [Intrinsic] one of the best smokehouses and brewpub in the area.”

"We receive a lot of support from people in Garland, Rockwall, Rowlett and Wylie.”

It's so wonderful to see that Intrinsic is turning out to be the place to enjoy beer and bbq so close to home! We've been there several times already with family, friends and parties and everytime we totally enjoy it! The atmosphere is wonderful and the staff is courteous, fun and fast!!! We really love it!