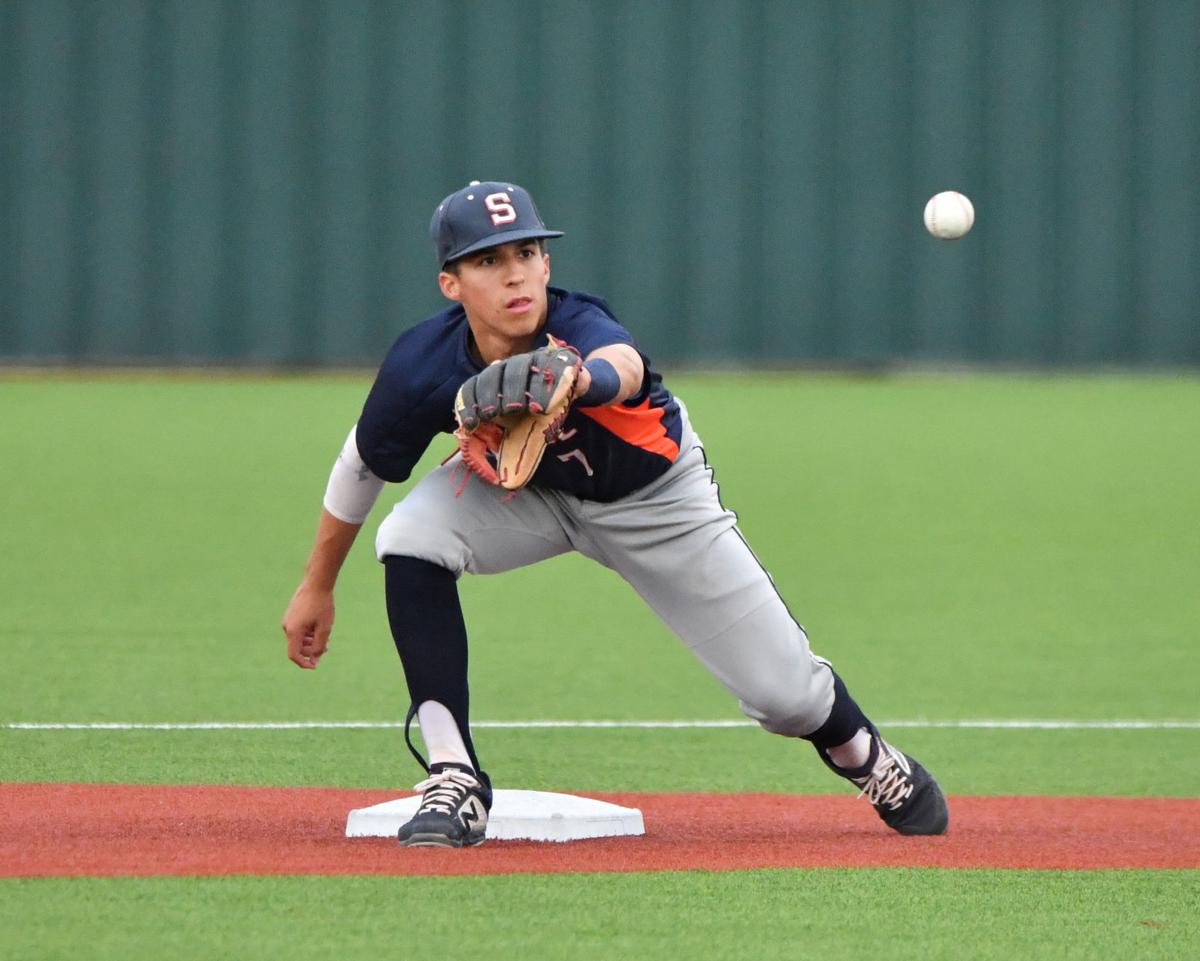 Sachse’s Mark Anzaldua is a four-year starter for the Mustangs, but did not have a chance to compete in district play this year due to the COVID-19 pandemic. 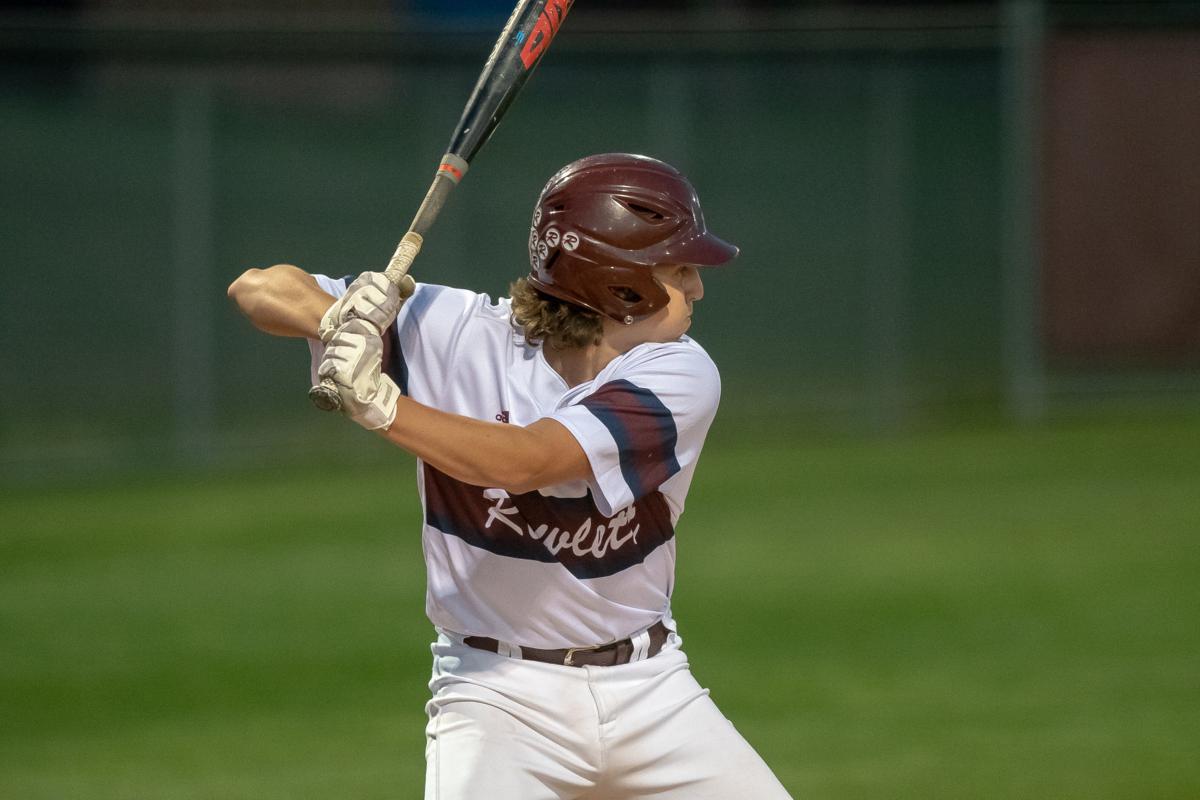 Rowlett was off to a 4-5-1 start to the season, and had won four of the last six before the season was called to a halt.

Sachse’s Mark Anzaldua is a four-year starter for the Mustangs, but did not have a chance to compete in district play this year due to the COVID-19 pandemic.

Rowlett was off to a 4-5-1 start to the season, and had won four of the last six before the season was called to a halt.

Every high school sport has been affected in some way by the COVID-19 pandemic, which brought the athletics year to a halt on Mar. 12.

While that left a number of unanswered questions, from the cancellation of the boys basketball state tournament to the soccer teams making a final push for the playoffs, perhaps no sport was left with less closure than baseball.

The eight teams in 10-6A had played only a handful of games when the season was ultimately cancelled and had not even reached district action in what was shaping up to be one of the more intriguing races in the area.

Last season belonged to Sachse, as the Mustangs rolled to an undefeated 14-0 campaign. It was not just that Sachse ran the table, it was the dominance it showed. With the exception of a pair of two-run victories over Lakeview, the Mustangs won every other game by at least four runs, posting five shutouts and allowing two runs or less in 12 of their 14 district games.

But this season was shaping up to be much more wide open.

Sachse graduated nine all-district performers, including its three best pitchers, leaving the door open for another team to ascend to the top of the 10-6A mountain.

Rowlett might have been the team to assume that role after finishing as the runner-up a year ago.

The Eagles certainly have the pedigree, having made 20 consecutive playoff appearances and claiming nine district crowns during that span.

Rowlett lost its first four games, but had posted a 4-1-1 record since and it had done it with its pitching.

In his last two starts, he struck out nine and allowed just two hits in a 13-0 win over Mesquite, and he fanned 11 and surrendered just one hit in a 0-0 tie against Poteet.

Hudson Parker, a first-team catcher last season, was also off to a strong start on the mound, striking out 19 and allowing only three earned runs in 12 innings in a pair of victories.

Anthony Valenzuela and Jaxson Kirkhuff had also turned in strong performances, striking out more than a batter per inning, and that is even without former starter Cole Maxey, one of the top arms from last season.

Maxey was a first-team all-district selection as a utility player a year ago, and was playing a key role in the lineup along with outfielder Seth Watts, second baseman Antonelli Savattere, shortstop Elijah San Juan, Parker, Brock Knoerr and Chris Collins.

Sachse had taken some lumps during a 3-9 start, albeit against a strong schedule, and despite its lack of proven parts, it has shown it cannot be counted out , after having made the playoffs in 10 of the last 11 seasons, including back-to-back district titles.

Still, Sachse was still working through filling the holes left by graduation.

Thomas Kuykendall was starting to emerge as a potential ace, striking out 10 and allowing only one hit and no earned runs in a 3-2 loss to Flower Mound Marcus, and fanning 10 and tossing a 2-hitter in a 13-0 shutout of Frisco.

Anzaldua and Ryan Ochoa were among the other arms the Mustangs had used.

As with the pitching staff, there were plenty of questions to be answered in the lineup, as well, where Sachse had featured Herrera, Anzaldua, Ingram, Shon Coleman, Carson Sowell, Cey Barkume and others.

Lakeview finished in a tie for third place last season, giving Sachse its two toughest challenges, and was the only 10-6A team with a winning record through the first month with a 8-4-1 mark.

Garland was also off to a solid 6-6-1 start, despite losing three all-district performers, but the Owls did return senior outfielder Cody Russell.

Naaman Forest claimed the final playoff berth last season, but similar to Sachse, had holes to fill after graduating five all-district selections, including Nate and Ben Vanmaanen. The Rangers’ record reflected that as they sat at 2-9.

North Garland returned the 10-6A newcomer of the year in senior Timmy Gautier and outfielder Ethan Valant, who made the second team as a freshman, but had struggled to a 3-10 start.

South Garland was simply looking to make strides after going winless in district and 2-22 overall, and they had already exceeded that win total during a 3-5 start.

The story lines were there for a compelling 10-6A race, but like the rest of the spring sports, unfortunately they will never know.