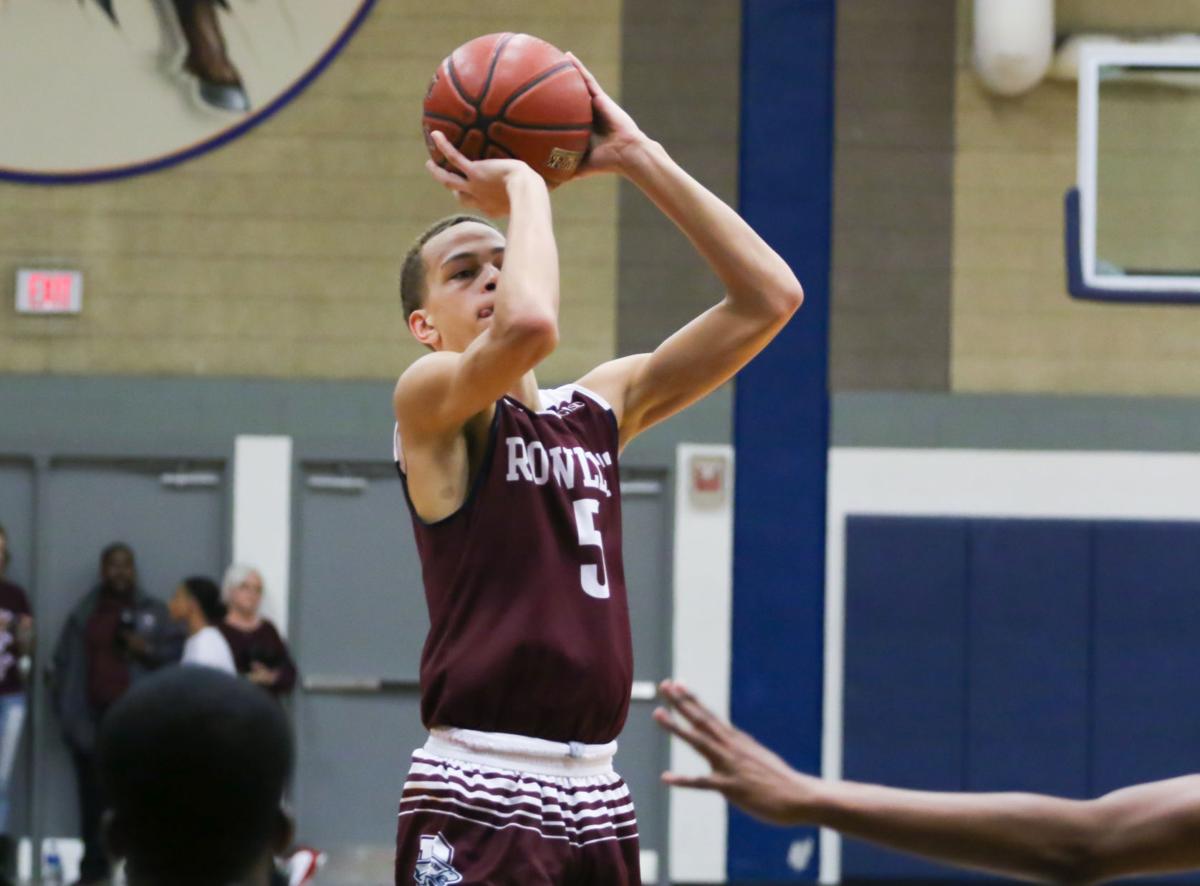 Torian Harris and Rowlett will look to get things turned around during the second half of the 10-6A season. 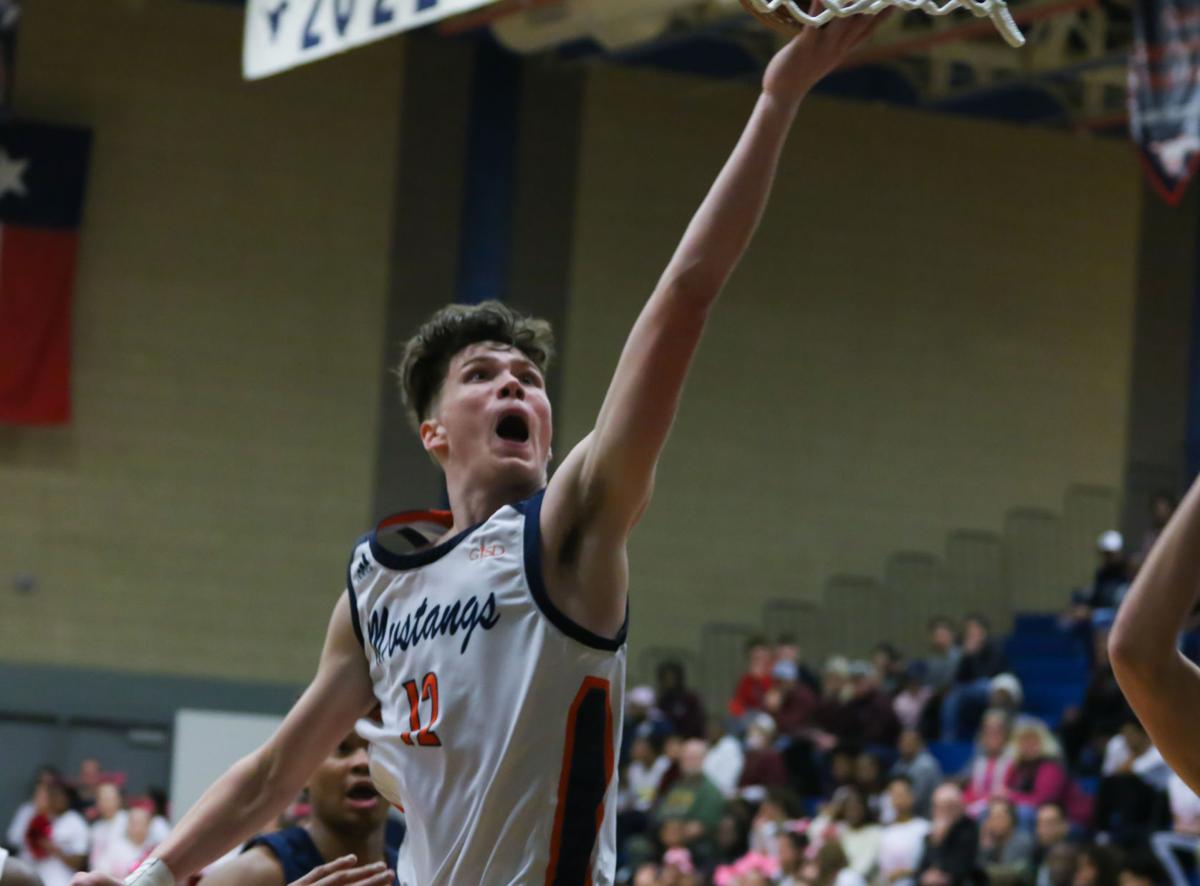 Dylan McKeon and Sachse are in the thick of a tight playoff race in 10-6A.

Torian Harris and Rowlett will look to get things turned around during the second half of the 10-6A season.

Dylan McKeon and Sachse are in the thick of a tight playoff race in 10-6A.

The 10-6A boys basketball season was expected to be more wide-open this year.

With the departures of South Garland stars Tyrese Maxey and Chris Harris Jr., the district was without a dominant team.

Or so it was thought.

As the 10-6A season hit the halfway point on Friday, Wylie has slipped into the role of favorite. Not only are the Pirates the only undefeated team left, they are the only one with less than two district losses.

There is still a long way to go, though, and several contenders have shown the potential to remain in the playoff race and the battle for the district title until the end.

Here is a look at the 10-6A race heading into the second half:

The Mustangs, who were picked to finish third in the Texas Association of Basketball Coaches preseason poll, have the same story as many of their GISD brethren, with a mixture of highs and lows thus far.

Sachse made the playoffs for the first time in four seasons a year ago and they will call upon that experience for the stretch run.

Senior Obi Onyia has done a little of everything for the Mustangs. He leads the team with 14.6 and 4.3 assists per game, is pulling down 3.6 rebounds and is also key late in games in shooting 79 percent from the free throw line.

Senior Omari Smith missed some time early in the season, but has shown no lingering effects, averaging 11.2 points and a team-high 1.5 steals per game.

The Mustangs showed what they are capable of with a 70-38 rout of Lakeview, but also saw second-half leads disappear in losses to North Garland and South Garland and it will be key to avoid those types of setbacks during the stretch run.

The Eagles went 1-6 in the second half last season, with a couple of razor-thin losses, to fall out of the playoff race. They posted that same mark during the first half of this season, but are hopeful to reverse their fortunes during the next month.

In fact, they are going to need them to if they hope to be a contender.

Rowlett has an impressive win over South Garland under its belt, but has also suffered three losses by six points or less.

Torian Harris, a 6-6 senior forward, has been the most consistent scorer during 10-6A play, averaging 13.4 points per game and senior guard Will Burnett has come on strong of late, including a 22-point effort against Sachse.

Senior Udo Anyiam led the team in rebounding last season and gives them a good inside presence along with 6-9 senior LJ Olayinka.

Senior Zavien Henderson has had some big games and the Eagles have also relied on seniors Geontay Davis, Coltyn Collins and Elijah San Juan.

There is a long way to go, but if Rowlett can reverse its fortunes in those close games, and pull off an upset or two along the way, they will be right back in the conversation.

The Pirates were the TABC preseason pick to win the district and they have lived up to expectations thus far.

Junior guard Eli Taylor was the 10-6A newcomer of the year last season has picked up where he left off, averaging 12 points and three assists per game.

Junior Kobe Wiggins is also scoring in double figures and senior Tommy Garriga and junior Drew Lutcher have been consistent on offense.

What has been impressive about Wylie is not just the undefeated record, but also the way it has gotten there, with no game decided by closer than 10 points and winning by an average of 20.3 points per game.

The Patriots were pegged to place second in the TABC preseason poll.

A big reason for that is 6-8 senior Donte Houston Jr., a college prospect who was named to the 10-6A defensive player of the year last season.

Houston has done it on both ends of the court, though, scoring in double figures in every district game and averaging 14.2 points per game.

Senior DQ Burton has been steady and Lakeview has had other players step up at various times, including senior Cedric Bryant, juniors William Kamara and Amir Mason and sophomore Dallas Smith.

The Colonels might have graduated their two stars, but a new duo has taken the district by storm with freshmen Justin McBride and TJ Brown.

McBride, a 6-5 forward, leads the district in scoring at 20.4 points per game. McBride can score inside, hit the boards and has a nice stroke from the perimeter.

Brown, a 5-10 guard, can shoot from the outside and get to the basket and is scoring 17 points per game in 10-6A action.

Add players such as seniors Don Anderson and James Fincher, among others, to the mix, and South Garland has another group that can return to the playoffs.

The Colonels have key games in their pocket with wins over fellow contenders Sachse and Garland.

The Owls shook off a 0-2 start with a three-game winning streak to get back into the picture but still must prove themselves against the top tier of the district.

Garland’s rotation is primarily made up of juniors and sophomores, so there is plenty of upside going forward.

Center Zuby Ejiofor, a 6-7 sophomore, has emerged as one of the top players in the district. He is averaging 19.2 points, 10.9 rebounds, 2.3 blocks and 2.1 steals per game and is shooting 64 percent from the floor.

Complementing on the outside is sophomore guard Aaron King, who is recording 15.5 points and 1.8 assists per contest with a team-high 29 3-pointers.

The Raiders opened district with a pair of close wins, but then dropped four in a row to fall off the pace.

Still, there is reason for optimism getting back into the race.

Senior Miqah Matthews is one of the most dynamic scorers in the district and has scored in double figures in every 10-6A game and Nick Matthews is also coming off a good performance.

Senior Jarquise Parker has turned in some big games and senior Ezekiel Yosia and sophomore Chukweumeka Bielonwu have also been solid of late.

The Rangers won only one district game last season and it has not gotten much better, at least so far, in 2020. The bright spot occurred last Tuesday, when they broke their losing skid with an upset of Rowlett.

One positive for Naaman Forest is its youth, as freshman Drealyn Mosley and sophomore Joseph Lucas have emerged as the team’s leading scorers.