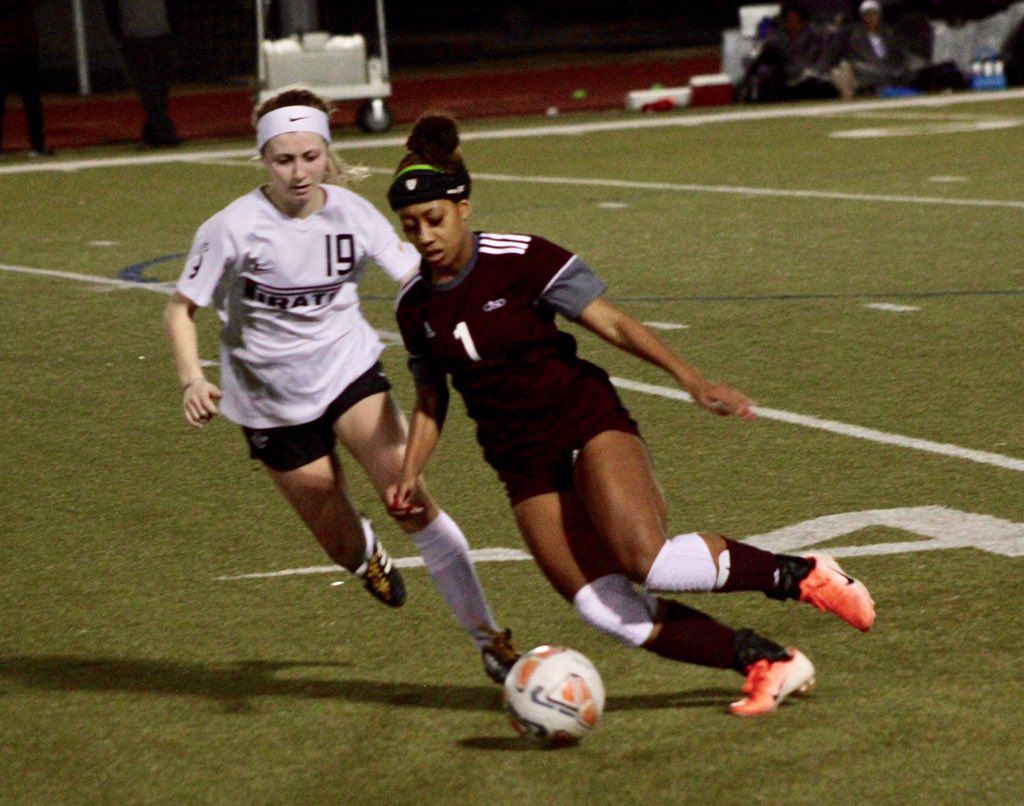 Rowlett junior Raigen Powell was named 10-6A most valuable player, finishing the season with 38 goals and 11 assists. 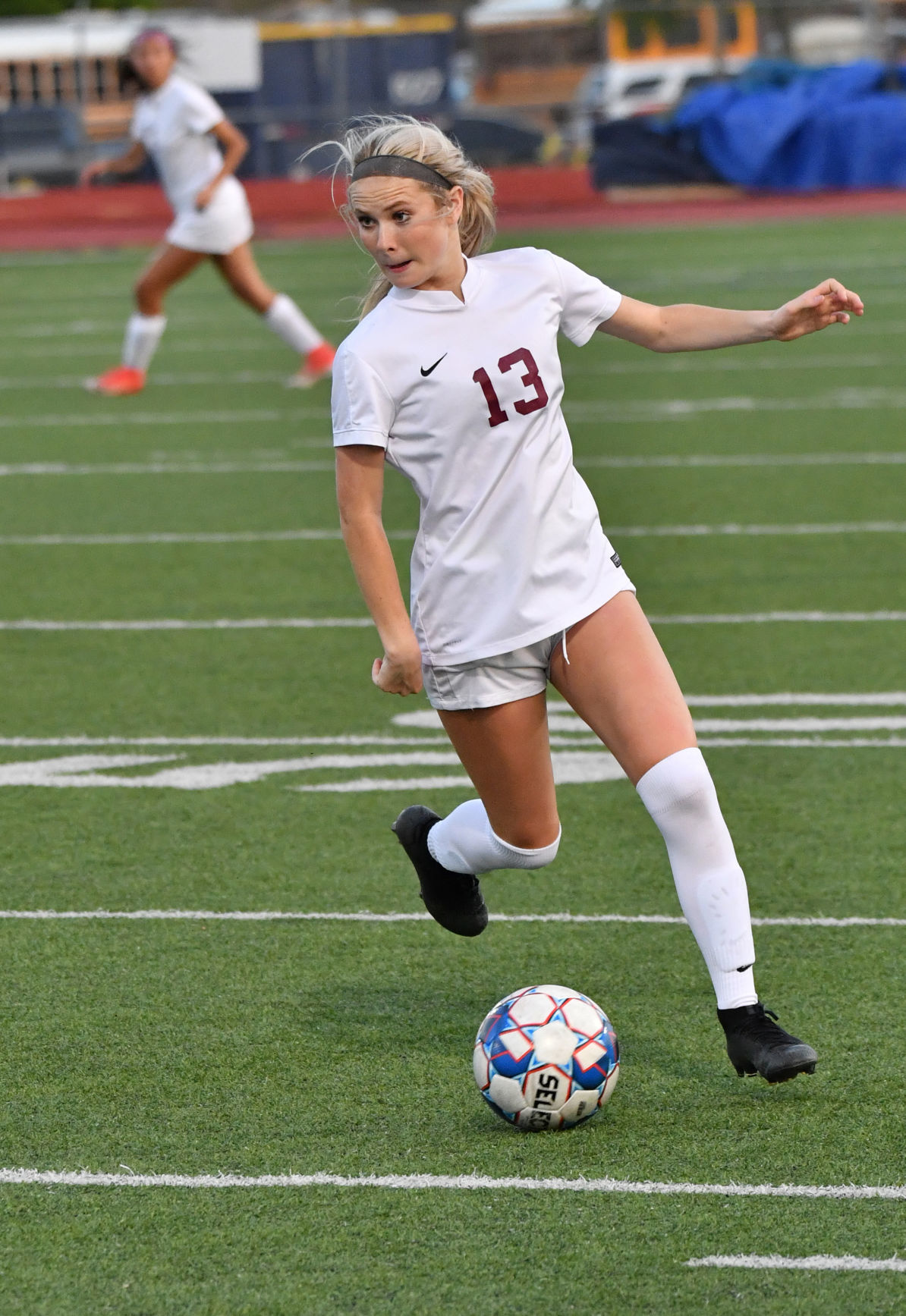 Rowlett junior Taylor Conway was tabbed 10-6A offensive player of the year for the second consecutive season.

Rowlett junior Raigen Powell was named 10-6A most valuable player, finishing the season with 38 goals and 11 assists.

Rowlett junior Taylor Conway was tabbed 10-6A offensive player of the year for the second consecutive season.

The 10-6A girls soccer season was coming down to a three-team collision course in the final week between Rowlett, Sachse and Wylie.

Due to the cancellation of the season due to the COVID-19 pandemic, they will never know for sure just how the dust would have settled.

But it was the Eagles who were holding the lead at the final pole, and it is they who will go down as 10-6A champions.

To the victors go the spoils and it is Rowlett who led the way on the all-district team, as well, as they notched 15 selections, including five superlative honors.

The Eagles featured one of the most dynamic offenses in the state and two of the primary weapons took home two of the top awards.

Junior Raigen Powell, an Alabama commitment, was honored as the 10-6A most valuable player.

Few defenses had an answer for Powell, who tallied an eye-popping 38 goals and 11 assists. In 10-6A alone, she had a district-best 23 goals to go along with seven assists.

If defenses chose to double or triple-team Powell, junior Taylor Conway made them play. Conway was named offensive player of the year for the second consecutive season as she recorded 21 goals, 14 in district, and a 10-6A-leading 18 assists, with 11 coming during the district slate.

Despite those impressive numbers, district championships require balance and the Eagles had just that.

Senior Jenal Trevino was tabbed midfielder of the year as she registered 15 assists, including 10 in district.

Senior Kennedy Stelling, a Texas A&M-Corpus Christi-signee, earned goalkeeper of the year as she turned in eight of her 11 shutouts in district action.

Making all those parts work together was coach of the year Jason Fegraeus, who guided Rowlett to its second district title in three years and what would have been its 18th consecutive playoff appearance.

Though Stelling provided the final line of defense, it was tough to get shots through as the Eagles boasted a trio of first-team defenders in senior Ashley Johnson, who signed with the University of Louisiana-Monroe, senior Maddie Mason and junior Lexie Gilley.Junior midfielder Brooklyn Meisner was also a first-team selection.

Rowlett placed another quartet on the second team with the emphasis on the midfielders, where juniors Kim Feijo and Rhagan Marshall and sophomore Zayda Henderson were picked. Senior defender Natalie Leathers, who signed with Northwestern Oklahoma State, also made the second team.

Sachse has long taken center stage at this time of the year, having entered the season with at least a share of the district title in nine consecutive years.

Though the Mustangs flew somewhat under the radar by those lofty standards, they were still in the thick of the race, with a season-ending date with Rowlett that could have changed the top of the standings.

Sachse hauled in 10 all-district selections, with four on the first team. That group highlighted the Mustangs’ own brand of firepower with standout scorers in junior forward Storm Harris, sophomore forward Paige Baumgartner and junior forward Chayse Thorne, who also spent time at defender.

All four of those players are expected to return, as are three of the four on the second team. That group includes junior midfielder Kaitlyn Valatis, junior forward/midfielder Emma Raines, junior defender Erika Birmingham and senior defender Mandy Wallace.

Wylie, who also held out hopes of a share of the district title and was the only team to defeat Rowlett, had one superlative award winner as senior Aylisse Warren was voted the defensive player of the year.

Rounding out the major award winners, Lakeview senior Dawniella Torres was recognized as the utility player of the year.