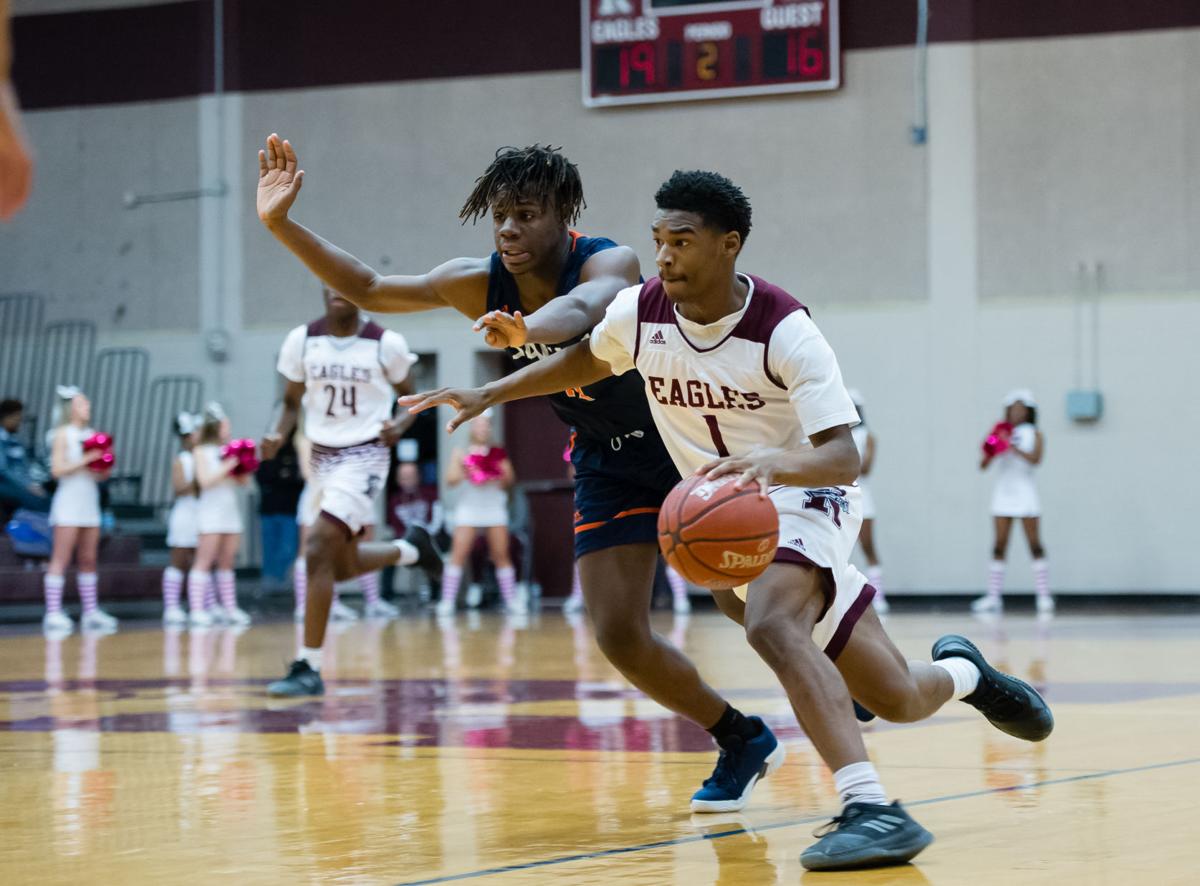 Zavien Henderson and Rowlett are hoping to return to the playoffs after finishing sixth in district last season. 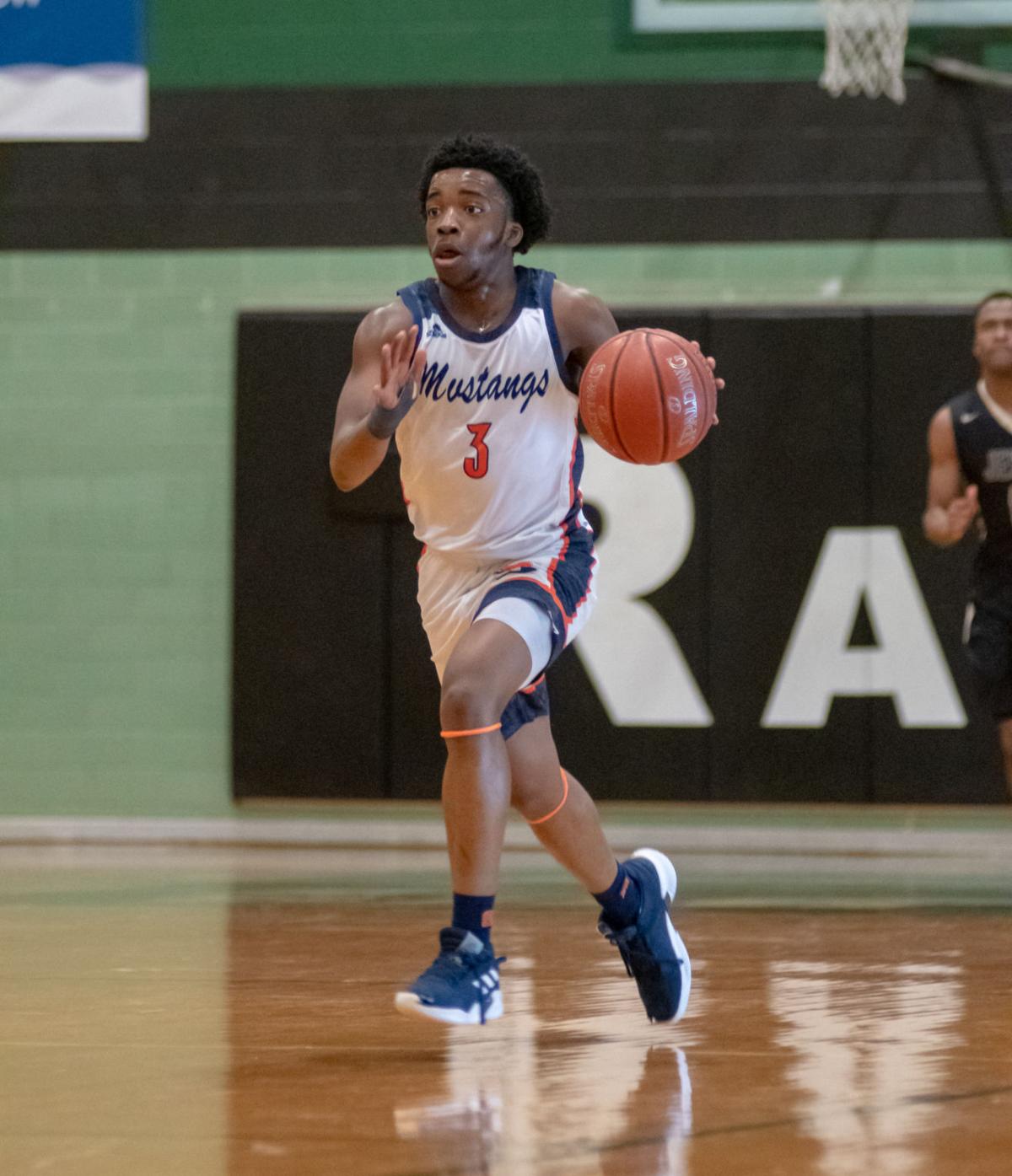 Sachse senior Obi Onyia is one of the key returning players as the Mustangs hope to return to the playoffs for the second straight season.

Zavien Henderson and Rowlett are hoping to return to the playoffs after finishing sixth in district last season.

Sachse senior Obi Onyia is one of the key returning players as the Mustangs hope to return to the playoffs for the second straight season.

There are few district races around the area that appear more wide-open than the one in 10-6A boys basketball.

South Garland has had a stranglehold on the district crown during the last two seasons, but their defense of that title will be without the services of stars Tyrese Maxey (Kentucky) and Chris Harris Jr. (Oklahoma State).

The Colonels will still have a say in how the race turns out, but all eight teams enter the 10-6A slate with reasons to believe they can compete for a playoff berth, if not the district championship.

Here is a look at the field:

The Eagles had their streak of seven consecutive playoff appearances come to an end last season, as they finished sixth with a 4-10 record.

Rowlett is hoping to prove that was merely an anomaly.

The Eagles may be rounding into form, as they took third place in the Silver Division at the In-N-Out Burger Allen Holiday Invitational last week.

Senior Udo Anyiam was a second-team all-district selection a season ago. The 6-2 senior shot 56 percent from the floor, averaged 9.2 points and led the team in rebounding.

Senior guard Zavien Henderson was named to the all-tournament team in Allen and there is also experience in the backcourt with seniors Geontay Davis, Coltyn Collins and Will Burnett.

In addition to Anyiam, the Eagles have inside presence with 6-9 senior LJ Olayinka and 6-6 forward Torian Harris.

The Mustangs enjoyed a big turnaround under first-year head coach Zach Mikesell. After winning just two games the previous year, Sachse made the playoffs for the first time since 2016 and for just the fourth time in program history.

This season, they are hoping to take the next step.

Like Rowlett, the Mustangs built some momentum during the break, winning the Silver Bracket at the Kaufman Holiday Tournament.

Sachse, who was picked to finish third in the Texas Association of Basketball Coaches 10-6A preseason poll, returns several members from last year’s team, including senior Obi Onyia. An all-district selection a year ago, Onyia is putting up similar numbers, leading the team with 15.0 points and 4.4 assists per game, while also contributing on the boards (3.8 rpg) and defense (0.9 spg).

The Mustangs got a huge boost from the return of senior Omari Smith, who missed several games early on, but since returning, is scoring 12.7 points per game and was named to the all-tournament team in Kaufman.

Junior Dylan McKeon is also averaging double figures, with 10.8 points per game, and leads the team with 1.9 steals.

The Pirates finished third a year ago, but are the preseason pick to win the district according to the TABC poll.

Wylie has had to replace the production of first-teamers John Achebe and Camron Wells, but was still able to put together the best non-district record.

Junior guard Eli Taylor was the 10-6A newcomer of the year last season and junior forward Drew Lutcher and senior guard Jacoby Dawkins were also recognized on the team.

The Patriots were pegged to place second in the TABC preseason poll.

A big reason for that is 6-8 senior Donte Houston Jr., a college prospect who was named to the 10-6A defensive player of the year last season.

Houston is joined by second-team selections DQ Burton and Daylan Fletcher, both of whom are seniors.

The Owls are projected to finish fourth in the TABC preseason poll, but might be a dark horse to compete for the district title.

Garland’s primary rotation features one senior, three juniors and six sophomores, meaning there is a lot of room to grow.

Sophomore guard Aaron King is another of the team’s top scorers, averaging 13.8 points per game while also leading the team in assists.

The Raiders are off to a solid start and feature one of the most dynamic scorers in the area in senior guard Miqah Matthews, who was a first-team all-district honoree last season.

Louis Landers, a 6-7 senior, made the honorable mention list.

The Rangers won just one district game last season but have made strides through the first part of this year.

The Colonels graduated more than just Maxey and Harris, as they must also replace three other all-district honorees.

There is also a new head coach in PJ Randall, who was at North Mesquite last season.

South Garland has not turned to a full youth movement, but there are four freshmen on the varsity.

They are mixed in with some veterans with seniors Don Anderson, Joey Boyd and Demarcus Duncan, among others.