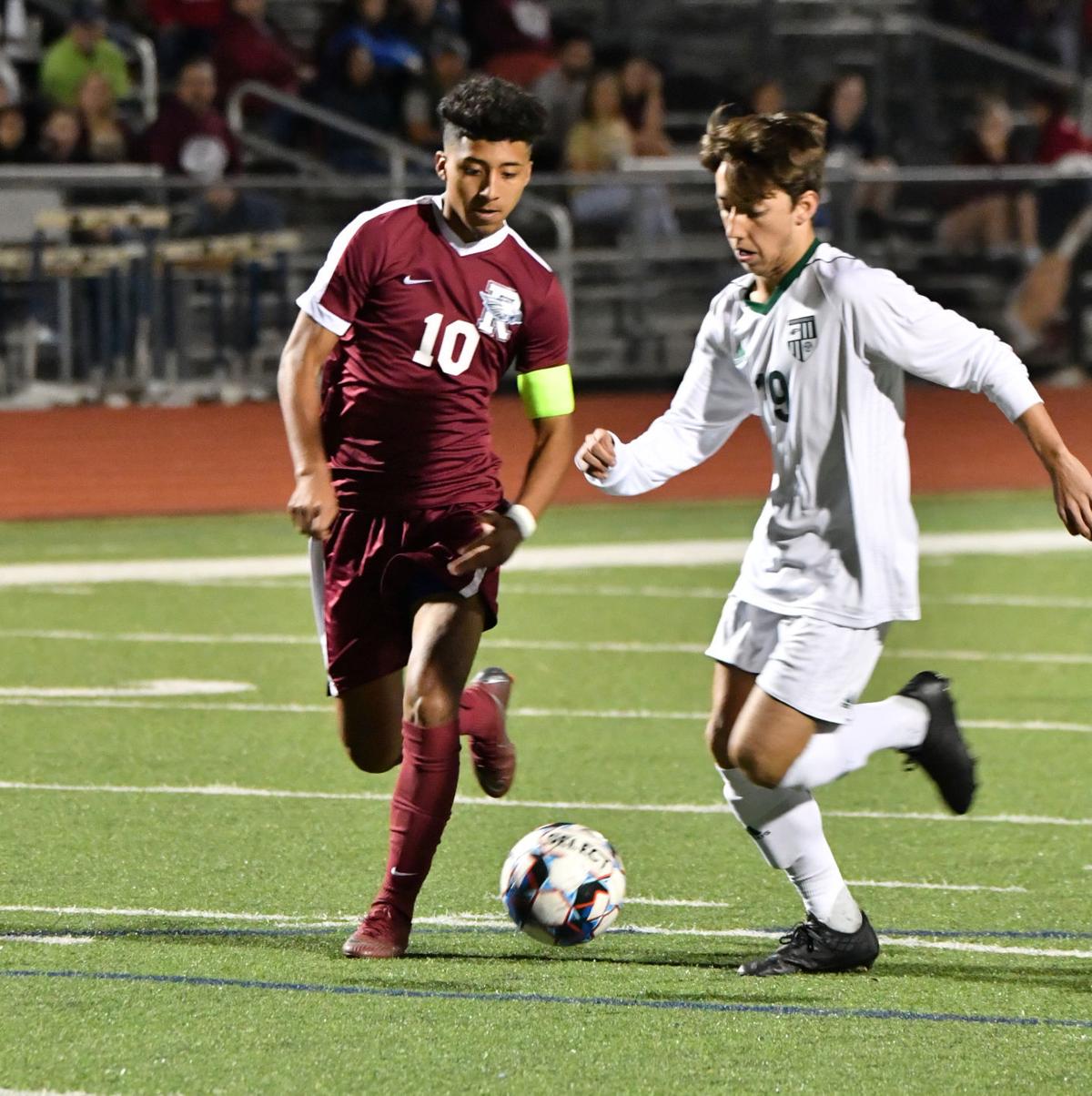 Rowlett senior Kevin Adolfo was recently named the 10-6A co-offensive player of the year. 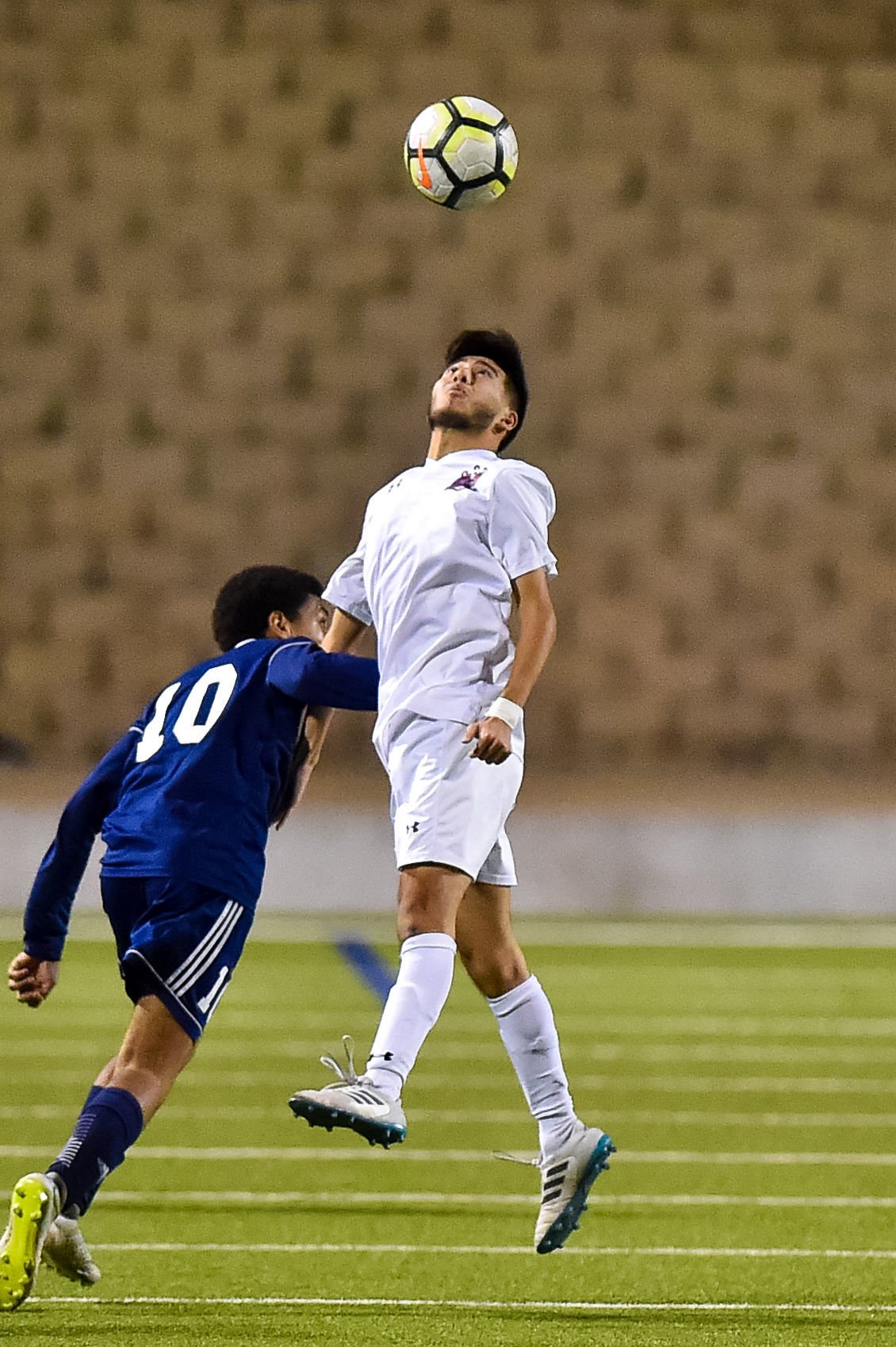 Sachse junior Miguel Adoboe was recently selected as the 10-6A most valuable player. 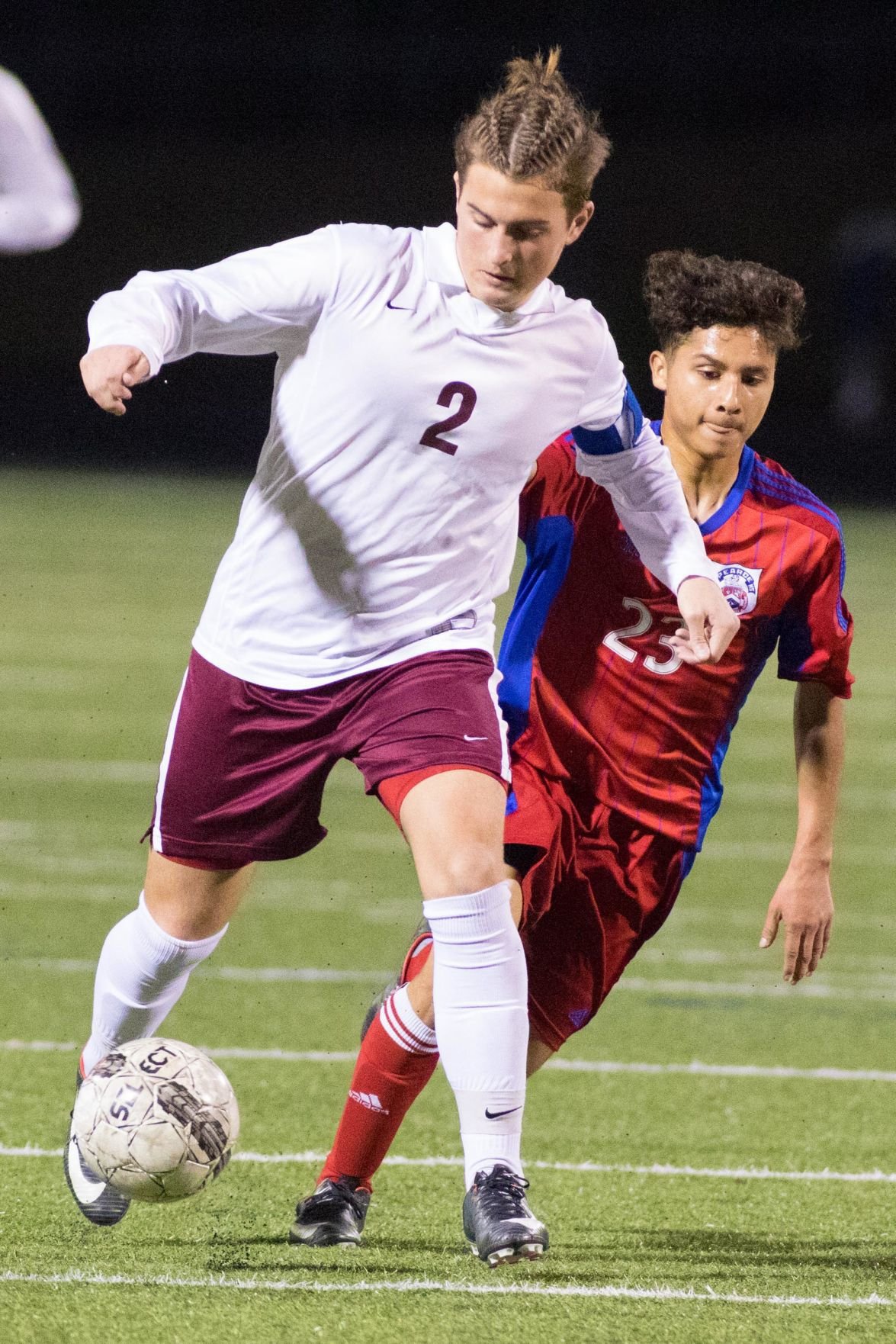 Rowlett senior Carson Prestridge was recently named 10-6A co-offensive player of the year.

Rowlett senior Kevin Adolfo was recently named the 10-6A co-offensive player of the year.

Sachse junior Miguel Adoboe was recently selected as the 10-6A most valuable player.

Rowlett senior Carson Prestridge was recently named 10-6A co-offensive player of the year.

The spring of 2020 in high school athletics will always be summed up by what might have been.

The 10-6A boys soccer race was coming down to the wire when the COVID-19 pandemic intervened, forcing a suspension of play on Mar. 12 and later, the cancellation of the remainder of the season.

The final week of the district slate was shaping up to be one to remember. Though the four playoff teams were set, there was still plenty on the line in the final two matches.

To add to the intrigue, there was a rivalry match slated for the final day of the regular season with the Eagles hosting the Mustangs with the 10-6A title potentially on the line.

Given the balance of 10-6A, it was not a surprise to see that reflected on the all-district team, where every squad had their share of honorees and seven of the eight programs claimed at least one superlative award.

Adolfo concludes one of the most decorated high school careers in Garland ISD history in any sport with his fourth consecutive superlative award after claiming back-to-back most valuable player awards and the co-newcomer of the year as a freshman.

Adolfo tallied 12 goals and seven assists this season as he finishes his career with the Eagles with 79 goals and 32 assists.

Prestridge tallied 10 goals and a team-leading 10 assists this season.

Rowlett had four more players named to the first team.

Senior midfielder Dalton Reyna claimed a spot for the fourth consecutive season after recording eight goals and six assists. Reyna made the all-district team in each of his first two seasons at Poteet. After transferring, he was named co-newcomer of the year in his first season with the Eagles before adding this honor.

Rowlett’s other three first-team selections were all defenders as part of a unit that held 18 of its last 20 opponents to two goals or less. Junior Hudson Meisner made the team for the second time and his impact went beyond that as a defender, as he transitioned to goalkeeper for shootouts, where he won three of the four rounds of penalties, saving 65 percent of the shots he faced.

Meisner was joined by junior Kelvin Huerta and sophomore Oscar Martinez, last year’s freshman of the year who also added a pair of goals and two assists.

The Eagles also had a quartet of players on the second team. Senior Alan Garcia made the list for the second time, as he ranked among the team leaders with six goals.

The three Rowlett players on the honorable mention list are sophomore goalkeeper Landen Sabolski, who recorded 10 shutouts in goal, including five during 10-6A action, junior midfielder Gabriel Hernandez and senior midfielder Nicholas Gonzalez.

Sachse placed 10 players on the team and its one superlative award was the highest one as junior Miguel Adoboe was voted as the 10-6A most valuable player.

Adoboe, the district’s top newcomer two seasons ago and a first-team selection last year, recorded 13 goals, including 10 in district, to go along with seven assists.

Sachse placed a trio of juniors on the second team with defender Ethan Sampson, midfielder Jonathan Majano and goalkeeper Carlos Vasquez, who played a large role in the team recording 10 shutouts.

There were 10 other major awards that were distributed among the other five GISD programs.

District runner-up Naaman Forest claimed three honors with senior Carlos Hernandez as the defensive player of the year, senior Brian Lopez the goalkeeper of the year and Scott Faris as co-coach of the year.

North Garland, who was in fourth place when the season was called, actually earned the most superlative awards. Senior Alex Rivas was tabbed midfield player of the year, freshman Angel Contreras was selected as the co-freshman of the year, junior Eric Artega was named co-newcomer of the year and Angel Mendoza earned co-coach of the year.

Rounding out the major honors, South Garland freshman Ignacio Villafuerte was the co-freshman of the year, Garland sophomore Juan Zuniga is the co-newcomer of the year and Garland’s Bryan King was voted as the assistant coach of the year.

Assistant Coach of the Year

Assistant Coach of the Year