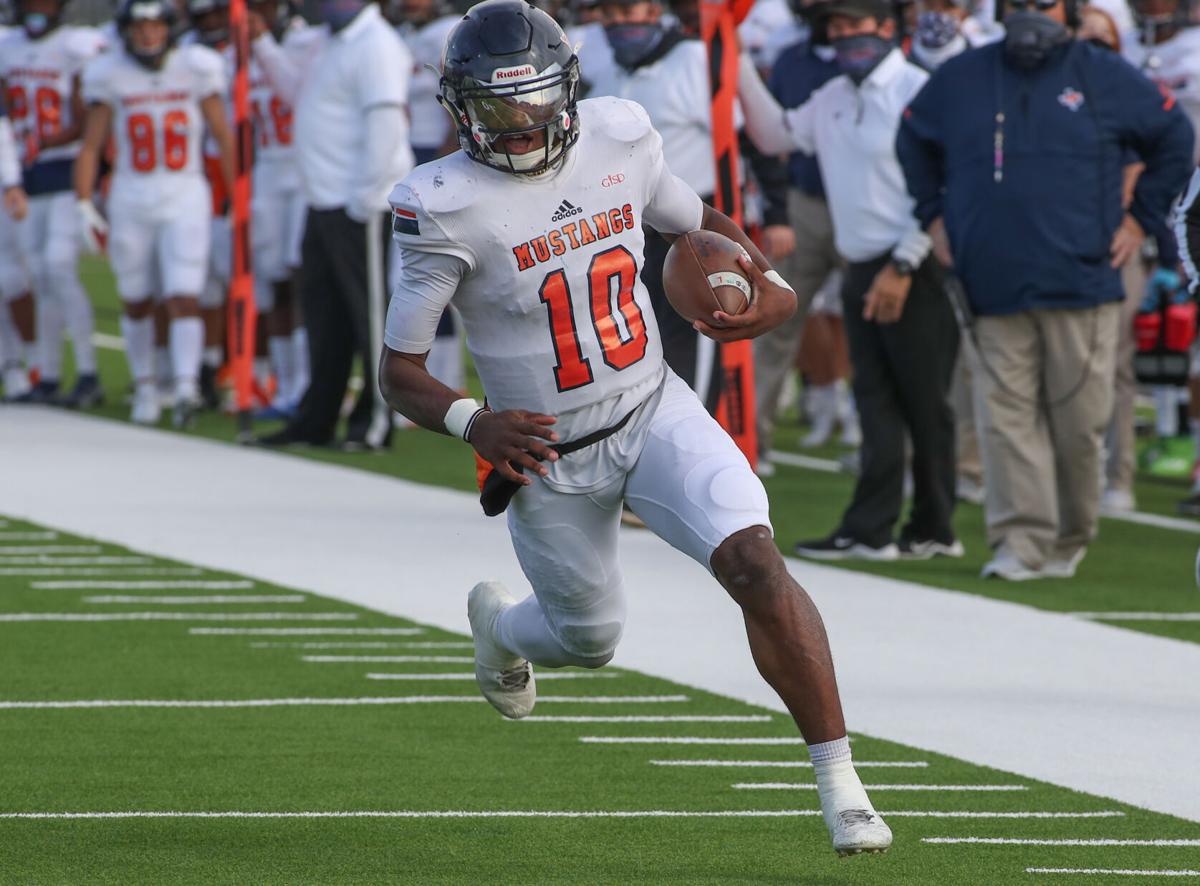 Sachse junior quarterback Alex Orji was named to the 9-6A first-team offense. 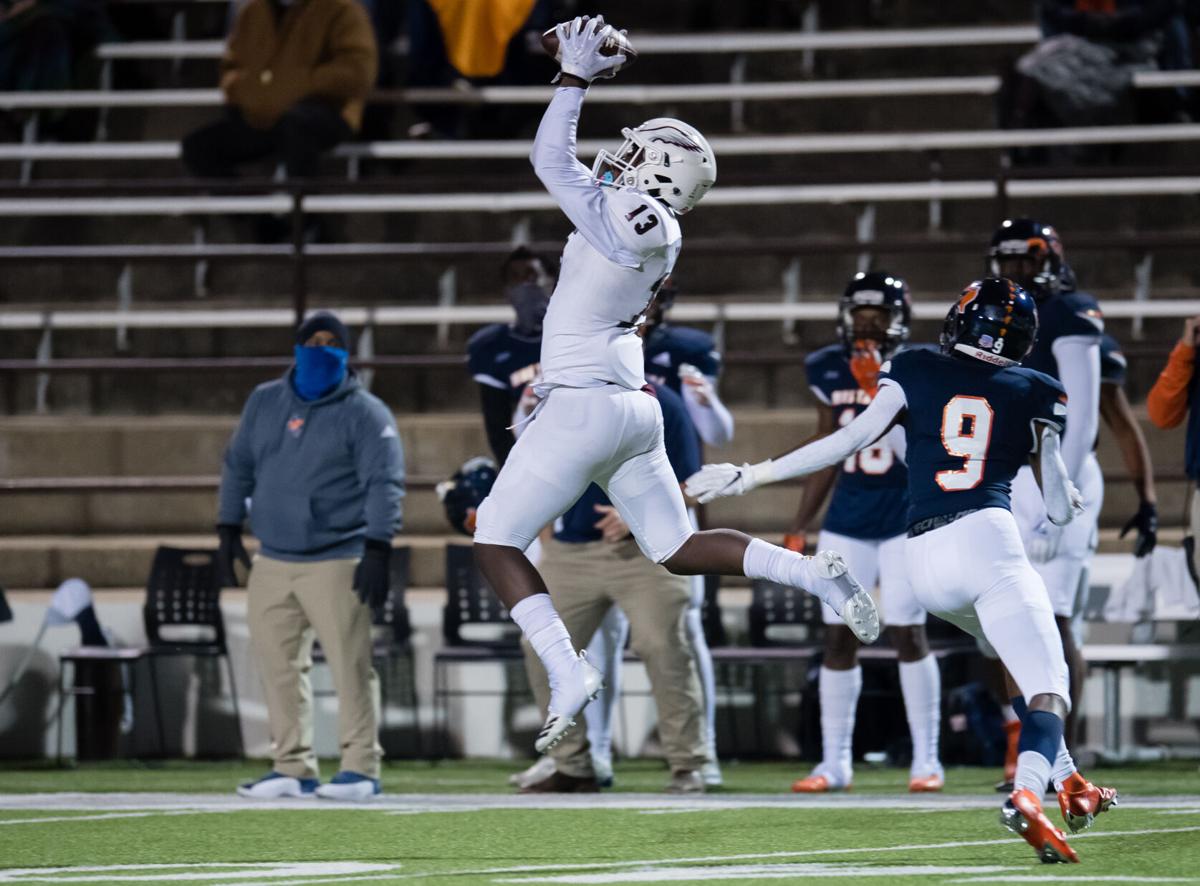 Rowlett sophomore wide receiver Ernest Thomas was named to the 9-6A first-team offense. 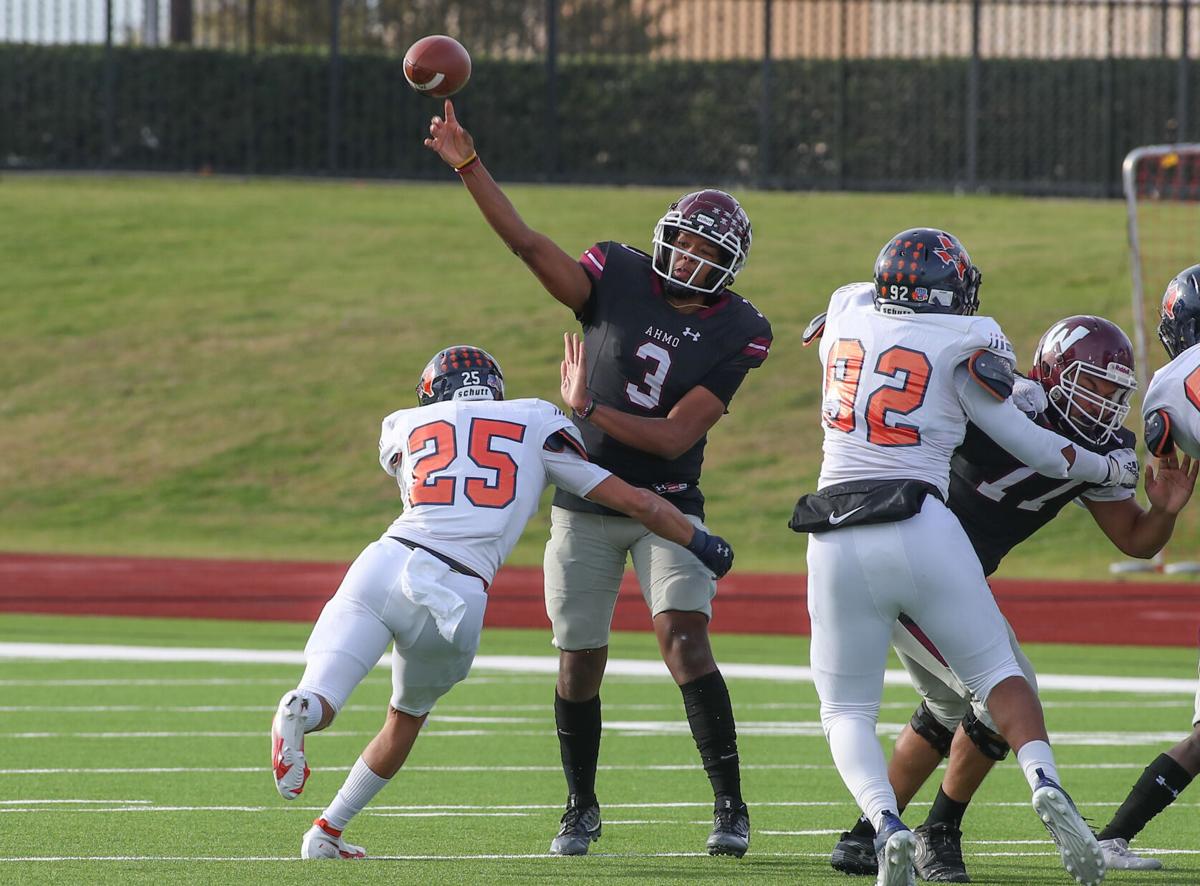 Sachse senior linebacker James Boyd was named to the 9-6A second-team defense. 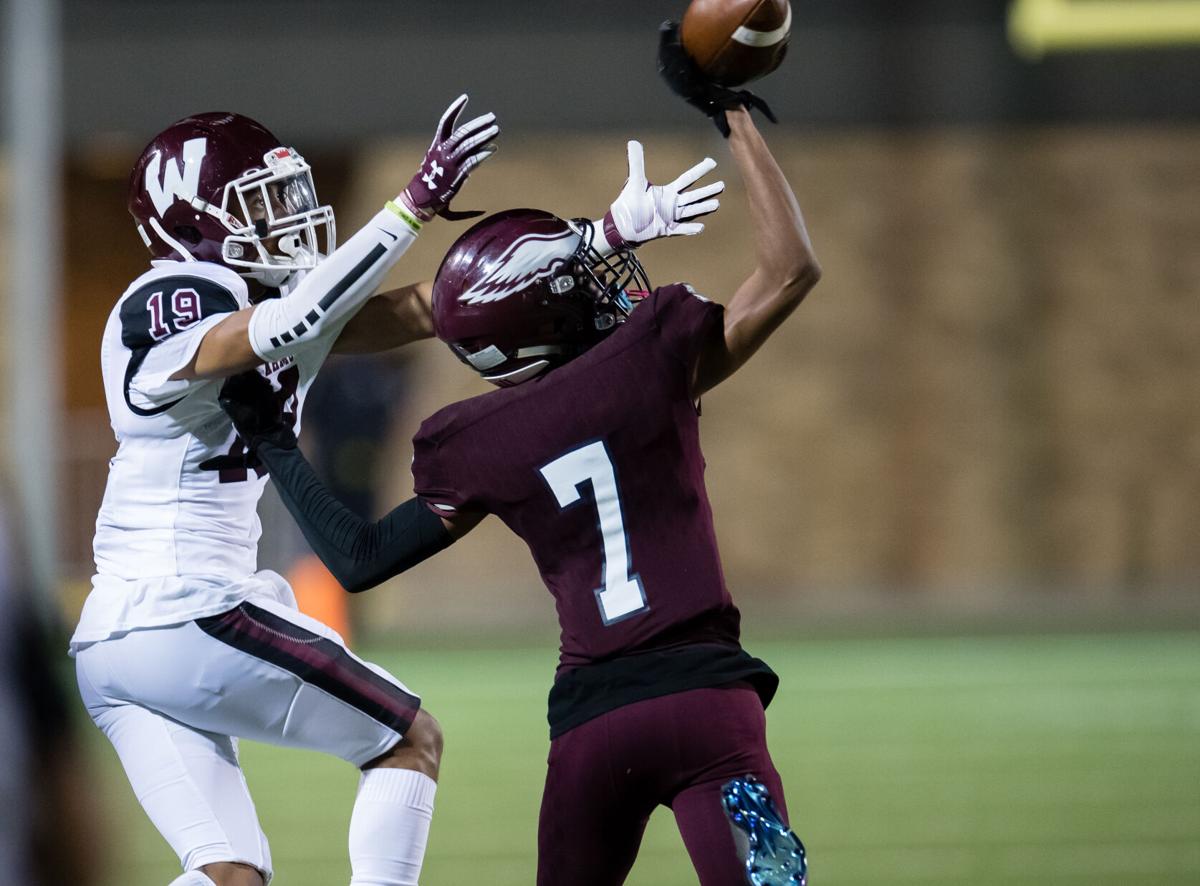 Rowlett senior cornerback Taiwan Edwards was named to the 9-6A first-team offense.

Sachse junior quarterback Alex Orji was named to the 9-6A first-team offense.

Rowlett sophomore wide receiver Ernest Thomas was named to the 9-6A first-team offense.

Sachse senior linebacker James Boyd was named to the 9-6A second-team defense.

Rowlett senior cornerback Taiwan Edwards was named to the 9-6A first-team offense.

The COVID-19 pandemic has affected every facet of life and high school football was certainly not immune.

For starters, the opening weekend of the season was pushed back one month for Class 6A and 5A programs.

Additional postponements and cancellations due to quarantine situations led to an uneven season in which some teams played more games than others.

In 9-6A, the district decided prior to the start of the season to install a pod system to determine playoff berths, which in theory, would declare the postseason teams in November.

Of course, in fitting with the uncertain theme, even that did not go according to plan, as further postponements extended until the end of the regular season.

When the dust settled, three district teams—Naaman Forest, Lakeview and Rowlett--posted winning district records, but because of the rules in place, only the 9-6A champion Rangers would play in the postseason, where they were joined by Sachse, Garland and Wylie.

Through it all, the football season found its way to the end, culminating with the state championship games on Jan. 15-16, and with its conclusion comes the release of the all-district teams.

The parity in 9-6A was reflected on the all-district team, where each of the eight programs earned their share of accolades.

The Mustangs returned to the playoffs for the sixth consecutive season and ninth time in the last decade.

They were rewarded with 21 all-district selections, including a pair of first-teamers on offense.

Junior quarterback Alex Orji was voted to the team, though officially slated in an athlete position. Orji was effective through the air, completing 99-of-189 passes for 1,403 yards and 10 touchdowns. He brought an equally dynamic element to the ground game, rushing 114 times for 926 yards and 15 scores.

Senior offensive lineman Ricardo Ochoa joined Orji, as he graded out at 90 percent and had 45 pancake blocks this season.

Sachse had four more players chosen to the second-team offense. That included a pair of skill players as senior running back Brian Okoye carried the ball 92 times for 703 yards and four touchdowns and senior wide receiver Tyler Williams recorded 30 receptions for 492 yards and a pair of scores.

The second-team defense included six representatives from the Mustangs

Alongside Krasniqi, junior T.K. Burnley had 34 tackles, with a team-high 10 for loss, with 13 pressures and three sacks.

In the middle, senior linebacker James Boyd ranked among the team leaders with 55 tackles, two for loss, 4.5 hurries, one sack, an interception, a fumble recovery and a forced fumble.

Junior safety Kevin Courtney made 29 tackles, with one for loss, and four pass breakups, sophomore cornerback James Adams had 34 tackles and three pass breakups and senior cornerback Kori Jones was a key member of the secondary and also a contributor on offense.

The Eagles had 20 all-district honorees, despite playing only six games this season.

Sophomore wide receiver Ernest Thomas was named to the first team after recording 21 catches for 168 yards and two touchdowns, and he was also voted to the second team at punt returner.

Thomas was joined on the first team by senior offensive lineman Daniel Rangel, as well as a trio on the other side with junior defensive tackle Jacory Brown, junior end Michael Ibuken-Okeyode and senior cornerback Taiwan Edwards.