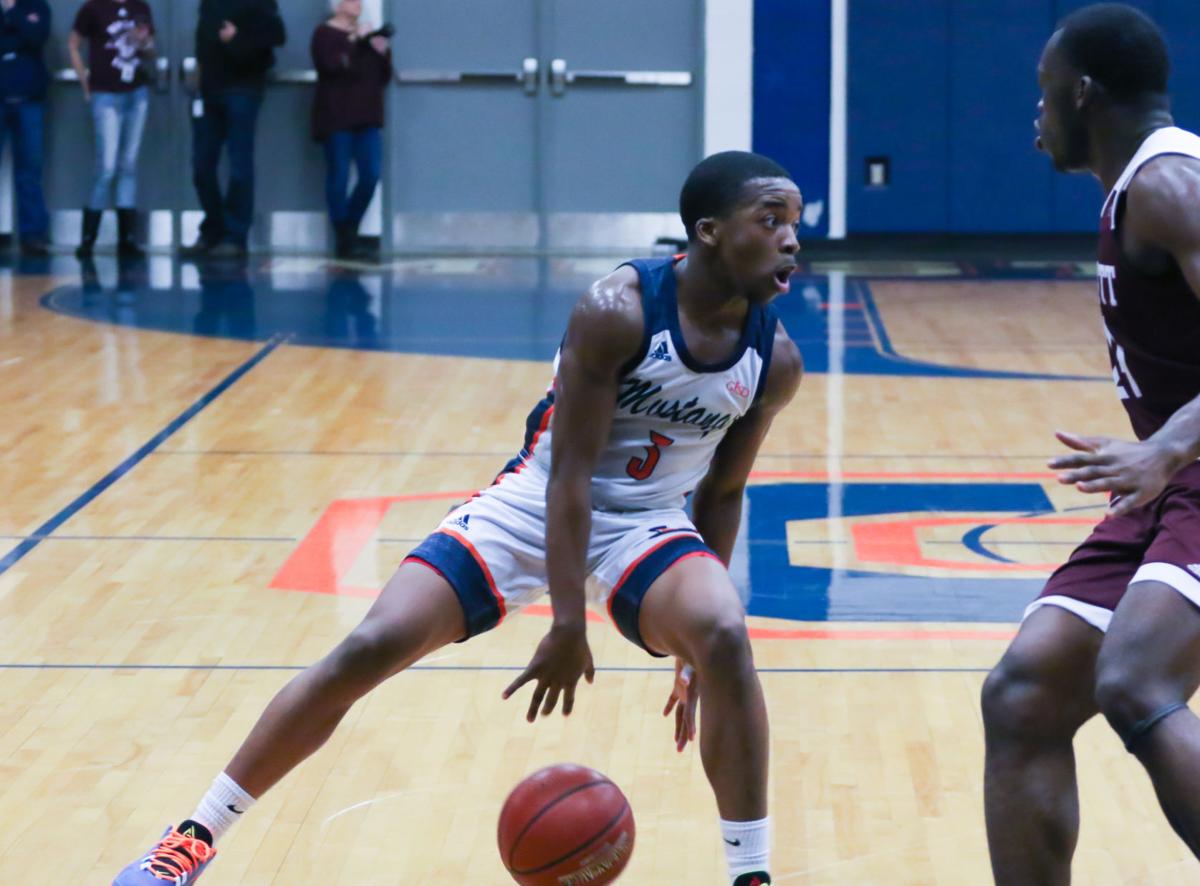 Obi Onyia and Sachse notched the first playoff victory in program history with a 77-76 win over Prosper back in February. 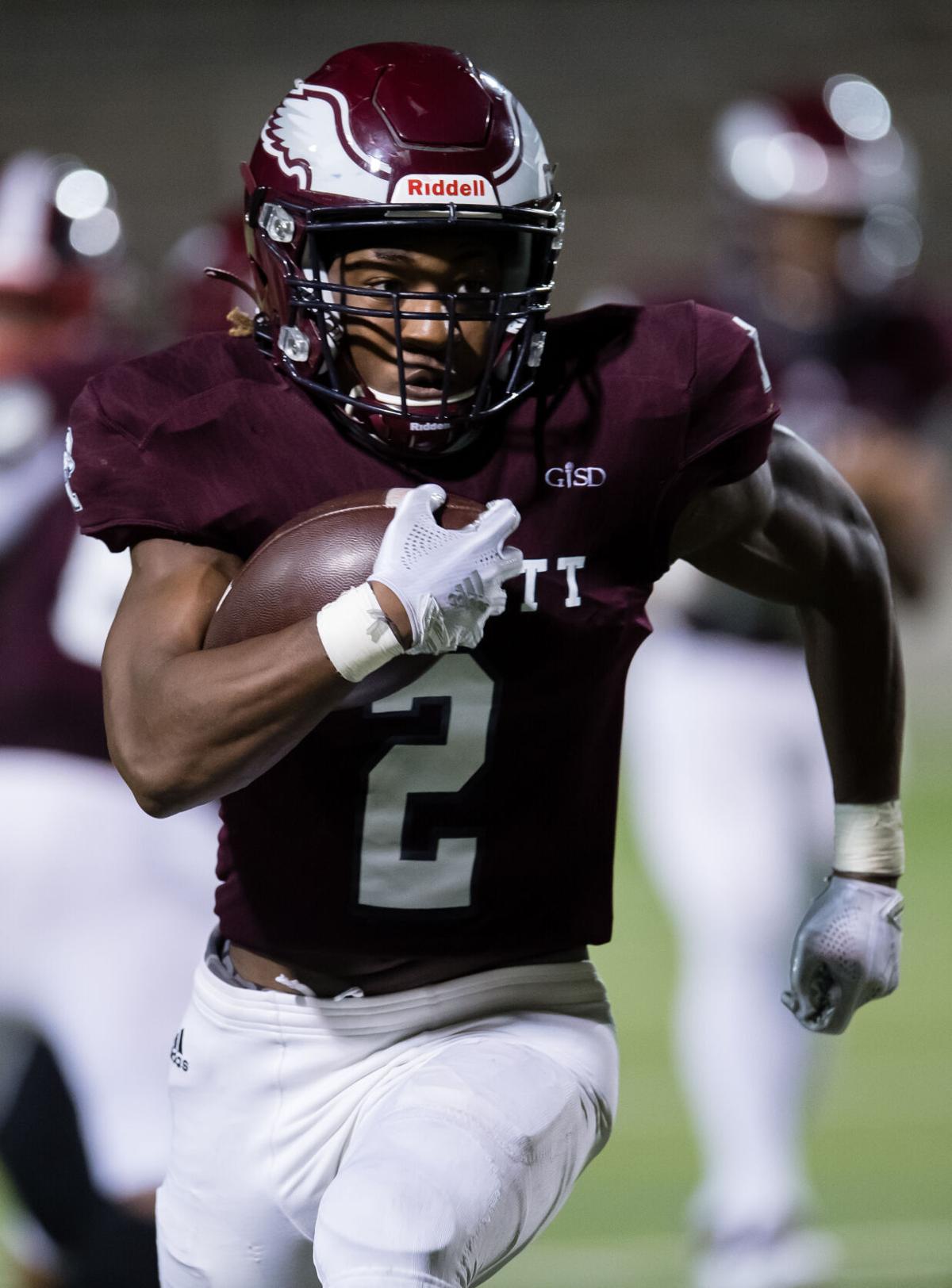 D’Wonyae Newton and Rowlett finished with a winning district record, but were left out of the playoff picture due to a loss to Wylie in their seeding playoff.

Obi Onyia and Sachse notched the first playoff victory in program history with a 77-76 win over Prosper back in February.

D’Wonyae Newton and Rowlett finished with a winning district record, but were left out of the playoff picture due to a loss to Wylie in their seeding playoff.

Here is the second installment from The Rowlett Lakeshore Times’ Top 10 Sports stories from the past year.

It took nearly a decade, but Sachse finally broke through to make the boys basketball playoffs for the first time in 2013.

The Mustangs had made the postseason on three other occasions since then, but were still searching for that elusive first playoff win.

There was no guarantee Sachse would even have a chance to achieve that feat last season.

The Mustangs endured an up-and-down early part of the season and that carried over into 10-6A play, where they came up short on two opportunities to clinch a playoff berth before finally sealing the deal in the regular season finale with a win over Naaman Forest.

The Mustangs had a go-to player in Obi Onyia, but several other players had key roles, as well, including Omari Smith, Dylan McKeon, Isaac Brown and Chris Sellers.

Sachse entered the playoffs as the underdog as the third seed against Prosper, who entered ranked No. 21 in the Texas Association of Basketball Coaches Class 6A state poll.

The Eagles might have been the favorite, but it was the Mustangs’ night, as they stunned their state-ranked foe with a 77-76 nailbiter to secure the first playoff win in school history.

4. Sachse girls basketball extends win streak to 69 in a row

Few teams in Garland ISD history have enjoyed the type of dominant run that the Sachse girls basketball team has enjoyed during the last five seasons.

During that span, not only did the Mustangs capture five consecutive district championships, they were nearly perfect in doing so.

In February, Sachse put the touches on another 14-0 run to the 10-6A crown with a 48-19 victory over Rowlett to run its district winning streak to 69 in a row.

Led by 10-6A coach of the year Donna McCullough, the Mustangs featured no shortage of star power, including most valuable player Adhel Tac, offensive player of the year Tia Harvey and newcomer of the year Crislyn Rose, as well as Elizabeth Woods, Brianna Salazar, Sierra Douglas and Journee Chambers.

Sachse was unable to duplicate its 2018 run to the state tournament, but it did give another good showing in the playoffs, picking up victories over Allen (48-36) and Waco Midway (59-48) before falling in the regional quarterfinals in a hard-fought 49-44 loss to Plano.

In this most bizarre of years, the 9-6A football playoff race unfolded with one of the most unusual stories.

When the University Interscholastic League announced that it was postponing the start of the Class 6A football season for one month, it left it up to the individual district executive committees to determine their respective paths to the playoffs.

In an unprecedented situation, there were no correct answers to the problem, but the 9-6A DEC approved one of the most unorthodox of plans.

The eight district teams were separated into two four-teams pods—Rowlett, Sachse, Garland and North Garland in one, and Naaman Forest, Lakeview, South Garland and Wylie in the other.

This was done with the optimism that it would not be necessary and the season would unfold in a normal fashion, but when Rowlett and Wylie had to postpone games early on due to positive tests, the backup plan was quickly becoming a reality.

As other teams were forced into quarantine, the “zone playoff” system came to fruition, with the top seed from one zone facing the fourth seed from the other, No. 2 against No. 3 and so on.

The round of playoff games was set for Nov. 13, which was still one month away from the start of the postseason.

Rowlett had rolled to a 3-0 record to earn the top seed, giving them a date with fourth-seeded and winless Wylie.

But with the return of quarterback Marcus McElroy, the Pirates were a different team, and they were able to pull off a 30-27 victory over the Eagles on that night.

And just like that, a team that had not lost a game prior to that night was out, and a team that just picked up its first victory was in.

That same night Sachse rolled to a 57-13 win over South Garland to punch its own ticket, but the remaining two spots would remain unclaimed, as additional positive tests pushed those match-ups back.

Top-seeded Naaman Forest claimed its berth with a 51-0 win over North Garland on the day after Thanksgiving on Nov. 27.

The final game, between Garland and Lakeview, was pushed back twice until it fell on the final day of the regular season on Dec. 4.

But the Patriots were forced to back out of the game due to a positive test, and the by-laws stated that as the higher seed, they would get the final berth.

Yet in another strange twist, Lakeview’s quarantine would extend into the first weekend of the playoffs, meaning they would be unable to play, and the final spot went to the Owls.

So when the dust settled, only three teams—Naaman Forest, Lakeview and Rowlett—posted winning district records, but only one, the Rangers, represented 9-6A in the playoffs.

The Sachse volleyball team hit the ground running in its inaugural season in 2004, advancing to the regional tournament.

The Mustangs have enjoyed plenty of success since, including runs of 17 consecutive playoff appearances and eight straight district titles, but only once, in 2010, did it make it back to the region's final four.

That is, until this season.

The 9-6A race quickly boiled down to a two-team affair with Sachse and Wylie and that pair fittingly split their head-to-head meeting to share the district crown.

Because of the disparity in the district, the two teams were somewhat overlooked, but the Mustangs were confident.

There were other key parts, as well, as the deep Mustangs featured first-teamers Macy Taylor and Elizabeth Woods and second-teamer Sydney Ross.

Many considered 11-6A champion Mansfield to be the favorite in the third round but the Mustangs were in control en route to a 27-25, 25-19, 25-18 sweep to return to the fourth round of the playoffs, which in normal years would have been the regional tournament.

This is the second in a two-part series looking back at The Rowlett Lakeshore Times’ Top 10 sports stories of 2020.