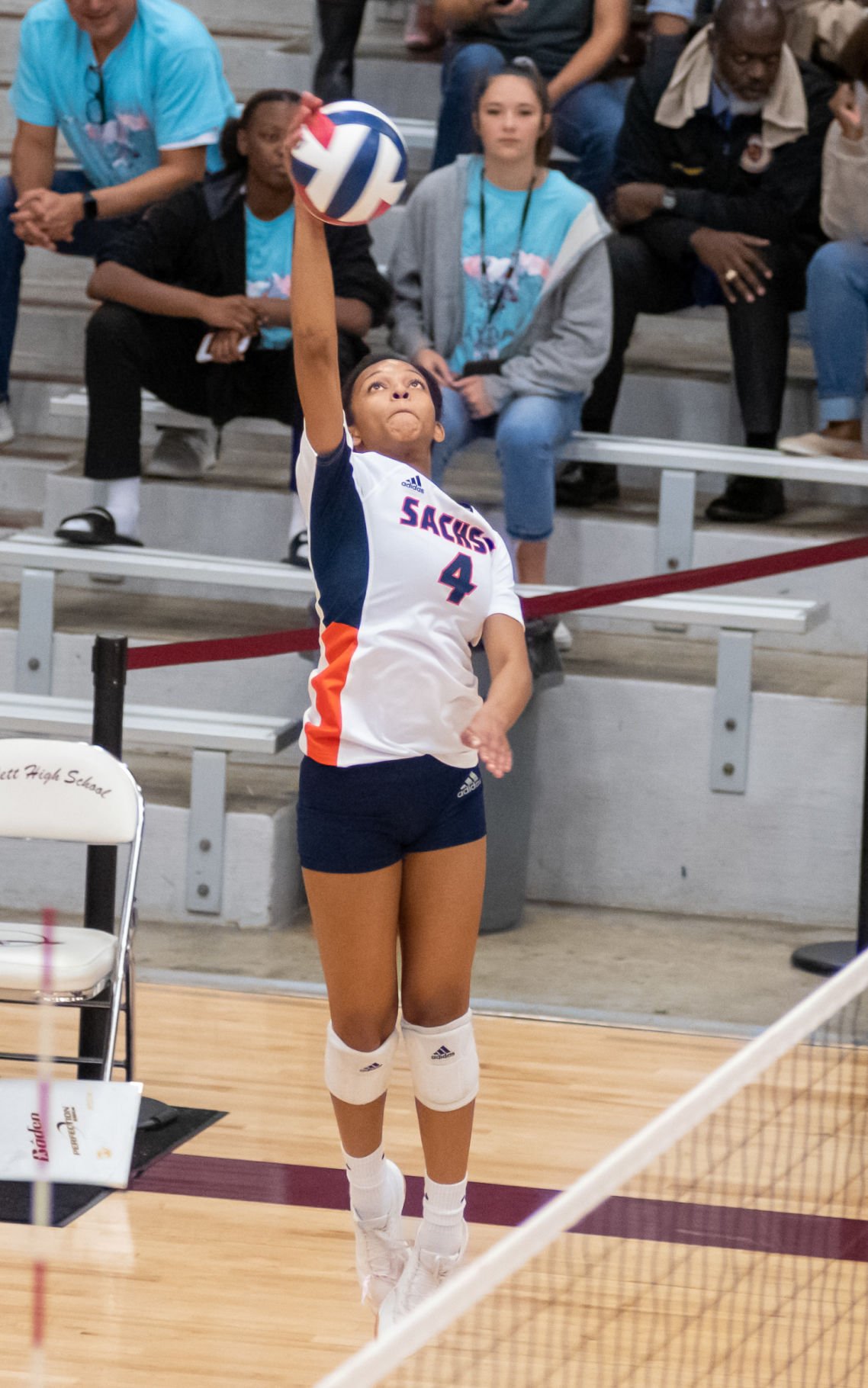 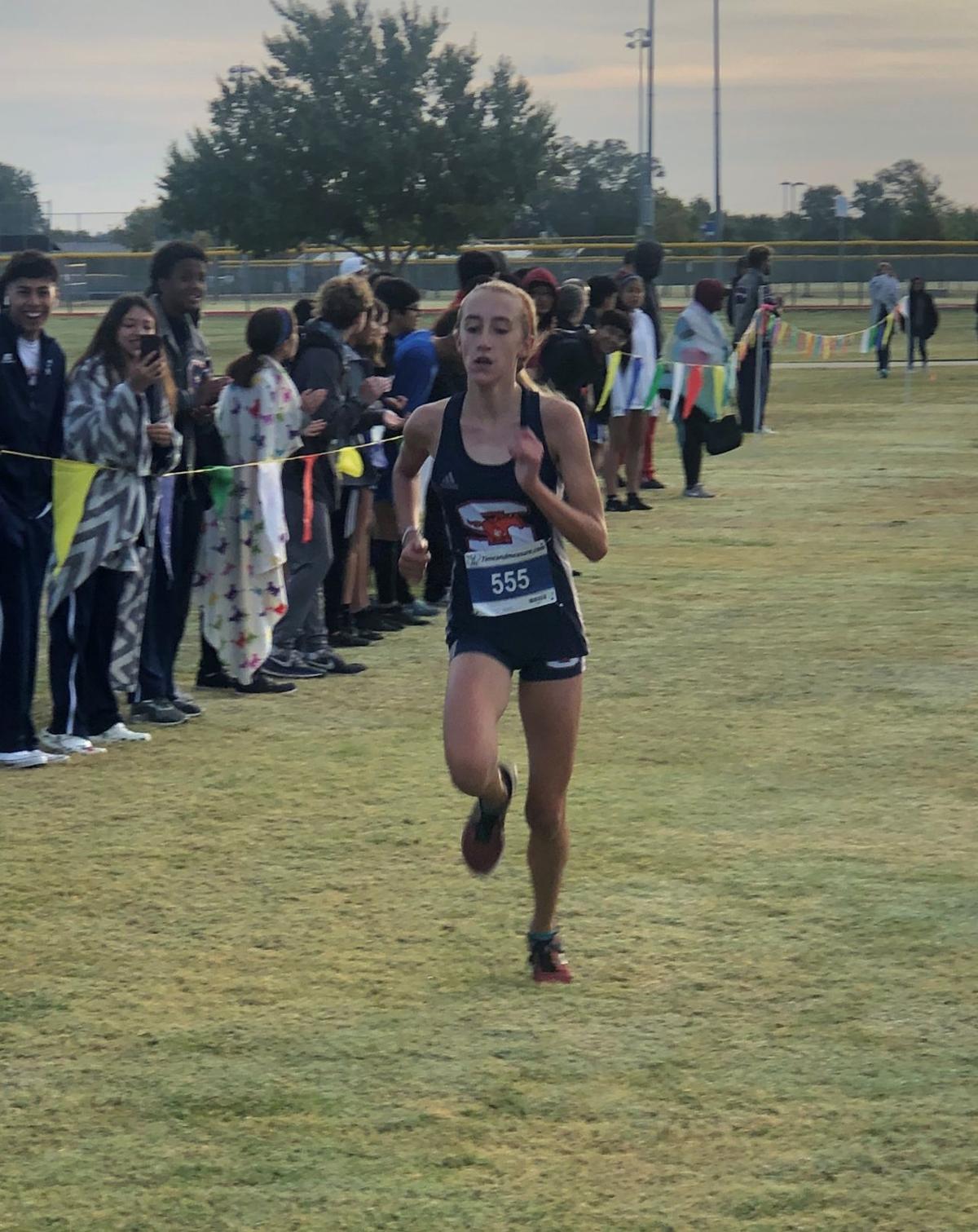 Sachse’s Anna Eischen finished second at the 10-6A cross country meet as a freshman.

Sachse’s Anna Eischen finished second at the 10-6A cross country meet as a freshman.

1. What were the biggest surprises of the past football season?

Last fall marked the end of the longest streaks of consecutive playoff appearances in the history of Mesquite ISD and Garland ISD.

Horn might be the youngest program in MISD, but it quickly became one of the most consistent, having made the playoffs every season since 2008, a streak of 11 trips in a row.

The Jaguars knew last season would be a challenge to extend that run under first-year head coach Chris Hudler in a district that featured traditional power Longview, who went undefeated during the regular season, an improving Mesquite team and high-powered Rockwall, which would ride its explosive offense all the way to the state semifinals.

Horn actually got off to a good start to the 11-6A slate with a solid 35-14 win over the Skeeters, but losses to Rockwall-Heath and then to Tyler Lee in the finale left them on the outside looking in.

While that was a surprise, it was not nearly as stunning as Rowlett having its run of 14 straight playoff appearances snapped in dramatic fashion.

Since the streak began in 2005, it has not always been easy for the Eagles. There were four seasons in which Rowlett had a losing overall record, and another in which it was .500, yet it found a way during district play to qualify for the playoffs.

They found themselves in a similar situation heading into the finale against rival Sachse, as they entered the night with a 4-5 mark.

For much of the night, it looked as if the Eagles would again find a way. They went toe-to-toe with the Mustangs in a thriller, but were denied on a two-point conversion with 21 seconds left as they fell short in a 42-40 loss.

At essentially the same time across town, Naaman Forest was completing a mild upset with a 42-27 win over Lakeview.

That created a three-way tie for third between Rowlett, Naaman Forest and Lakeview, and due to point differential, the Eagles were the odd man out.

2. Which local volleyball team enjoyed the best season in 2019?

The volleyball playoffs featured a number of the usual suspects in terms of local teams.

Rowlett extended its GISD record with its 23rd straight postseason appearance, Horn made it for the seventh straight season and Poteet qualified for the 22nd time in 24 years.

But it was Sachse who enjoyed the most success, putting together one of the best seasons in program history.

The Mustangs, who have never missed the playoffs since becoming a varsity program in 2004, not only pushed that streak to 16 in a row, they rolled to their seventh straight district championship and won 43 matches overall.

3. What are story lines to watch in the upcoming cross country season?

Cross country is one of the few sports where underclassmen routinely make an instant impact and several local programs have reasons for optimism if the fall season takes place.

That was the case for the Sachse girls, where Anna Eischin placed second overall during her freshman campaign. Eischin could lead a talented Mustangs group along with juniors Courtney Rawlings, Gracia Leonard and Madison Ramirez and senior Aaryn Satterfield, who all placed in the top 11 at the district meet.

The West Mesquite boys and girls each finished second at the district meet last season and several runners are expected to return, including seniors Joe Morales, Felix Huizache and Jeovani Elias and junior Jesus Escamilla-Camargo for the boys and seniors Stephanie Tamayo, Jennifer Almanza and Allyssa Ally-Willis, junior Juliana Martinez and sophomore Valerie Beltran for the girls.

The Sunnyvale girls have built a nice tradition in recent years and though they must replace 13-4A champion Lily Jacobs, they do expect to return seniors Grace Knight, Hannah Bailey, Lena Meras and Karis Starnes and junior Emily McCoy.

4. Where does Dallas Christian rank among area private schools?

Though sometimes overshadowed by some of the larger private schools in the area, Dallas Christian has consistently been one of the best all-around athletic programs among Division 2 schools.

The Chargers have won eight state championships in football, and though the last of those came in 2008, they have been in the hunt nearly every year.

The most recent success came on the basketball court, where the Dallas Christian girls won back-to-back state titles in 2016 and 2017.

Over the years, the Chargers have won eight state championships in baseball, five in boys golf and three in volleyball and have also claimed state crowns in boys basketball, boys track, girls track, girls golf and girls tennis.