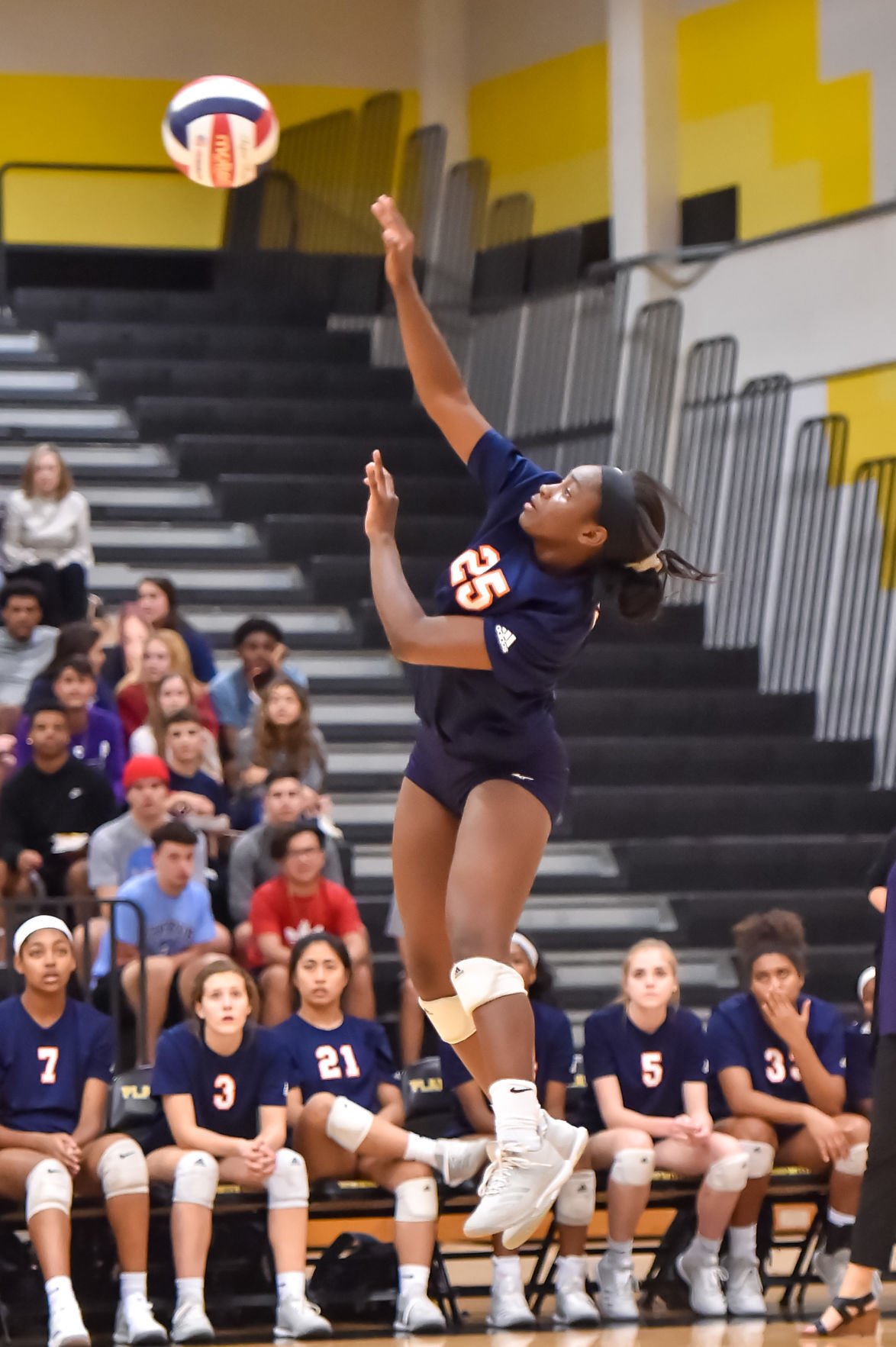 Zoria Heard and Sachse ran the table en route to the district championship last fall and are one of the favorites to contend for the 9-6A title once again. 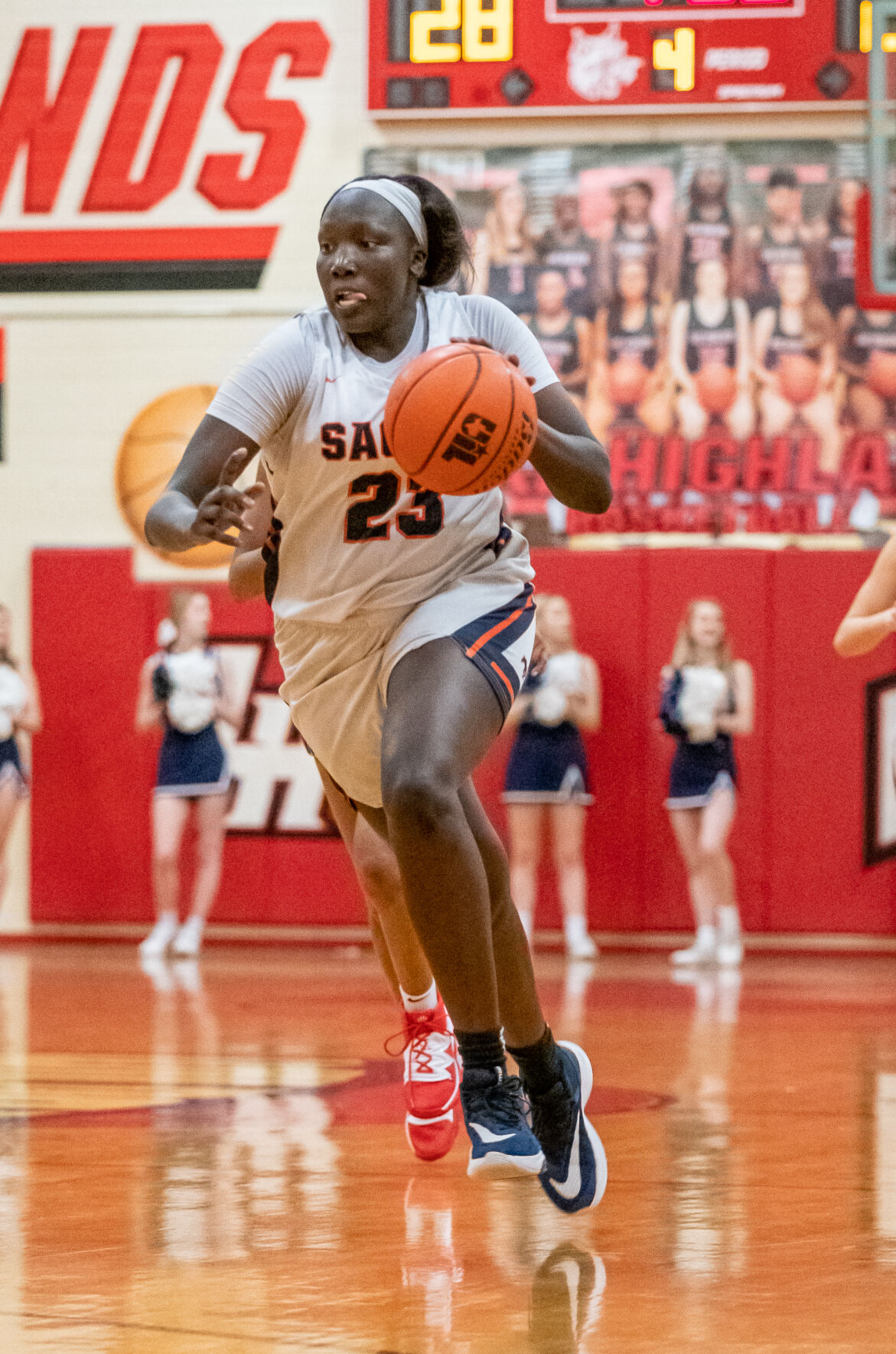 Adhel Tac and the Sachse girls basketball team claimed another undefeated district title, which was one of the highlights of a successful all-around athletics year for the Mustangs.

Zoria Heard and Sachse ran the table en route to the district championship last fall and are one of the favorites to contend for the 9-6A title once again.

Adhel Tac and the Sachse girls basketball team claimed another undefeated district title, which was one of the highlights of a successful all-around athletics year for the Mustangs.

Sachse topped the Garland ISD/Wylie district a year ago, while crosstown rivals Rockwall and Rockwall-Heath shared the 11-6A crown.

It is hard to bet against the Mustangs in 9-6A from a recent history standpoint, as they have won at least a share of the district title in each of the last seven seasons, including last year’s 14-0 run.

But Sachse has not been unbeatable.

Last season marked the first time they ran the table undefeated during their run of titles and they have shared the crown on four occasions.

The Mustangs did graduate five all-district performers, including co-most valuable player Alicia Hearn and server of the year Chloe Saucedo but the cupboard is not bare.

That gives the Mustangs the immediate talent advantage against most teams and they have won 35 consecutive matches against GISD opponents going back to the 2017 opener against Rowlett.

Which brings us to the X-factor.

Wylie shared the district title in 2018 and was the only team to take a set off of Sachse, pushing them to five sets in the first meeting and four in the second.

The Pirates had seven players named to the all-district team last season and all of them should return.

It’s too close to call at this point, but these two teams are primed for a pair of epic battles in the fall.

Over in 10-6A, the Hawks and Yellowjackets did not drop a set last season except against one another. Rockwall-Heath had a relatively easy time in the first meeting in a 25-20, 25-20, 25-13 sweep, but Rockwall got its revenge in five games in the rematch.

Looking at what is coming back, it hard to imagine another team challenging that pair again in 2020.

Horn has a nice trio of first-team all-district performers with senior middle blocker Charlize Williams, junior outside hitter Makaila Harris and sophomore libero Ryan Henderson, but breaking into the top two is a tall order.

North Forney and Forney have held down the district’s top two spots in each of the last two seasons, with the Falcons edging the Jackrabbits each year, while Poteet continued to contend, making the playoffs in 2018 and 2019.

That storyline will get a major shakeup in the new 13-5A where the four new teams—Highland Park, Royse City, Greenville and Crandall—all made the playoffs themselves in each of the last two seasons.

Of that group, the team most likely to shake up the top of the standings is the Scots, who advanced to the regional finals last season.

Sunnyvale also faces tough sledding in 13-4A against four playoff teams, as well as Kaufman and Terrell, who dropped down from 5A.

The team to beat is Farmersville, who posted a 42-2 record, advancing to the regional finals, and they return most valuable player Reese Fetty, offensive player of the year Kalli Virag and blocker of the year Alex Brooks.

A returning MVP generally put that player in the driver’s seat to win the award once again, but there are a handful of local players who can contend for superlative honors.

Sachse senior Shaliyah Rhoden was the offensive player of the year after registering 3.3 kills per game and will be the primary hitting option.

Horn junior Makaila Harris made the all-district team in each of her first two seasons and is one of the most versatile players in the area. Last season, Harris recorded 2.6 kills and 3.5 digs per set to go along with 45 aces and 30 blocks.

These two programs have gone back and forth over the years and the past school year will always have an overall grade of incomplete due to the spring sports being cut short.

But given the bodies of work through seven months, the Mustangs get the slight nod in this round.

Sachse teams made the playoffs in all six standings-based sports (Soccer had one week left in the regular season, but playoff spots had been filled). The volleyball and girls basketball teams rolled to the 10-6A championship in undefeated fashion and basketball advanced three rounds deep before suffering a close loss in the regional quarterfinals.

The Mustangs earned a share of the district title on the gridiron and advanced to the boys basketball playoffs for the second straight season.

The two soccer teams had each punched their postseason tickets and were still in the hunt for district titles heading into the final week.

For good measure, the girls cross country team secured the 10-6A title back in October.

Rowlett did not have a poor athletics season by any standard, and likely would get the nod against any other GISD program.

Though they had a tiebreaking heartbreaker in football, the Eagles made the playoffs in volleyball and girls basketball and were in the driver’s seat to win both the boys and girls soccer district championships.