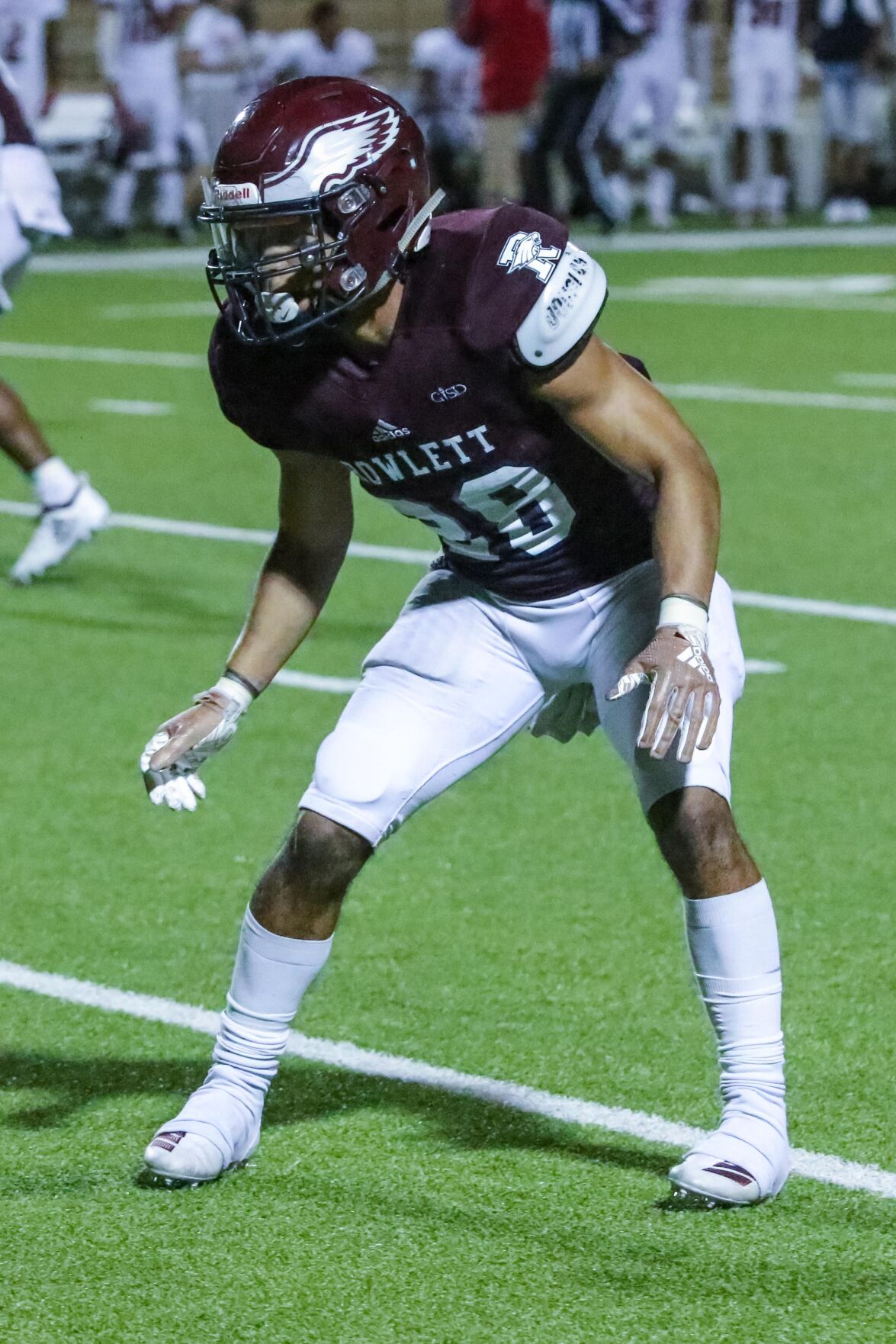 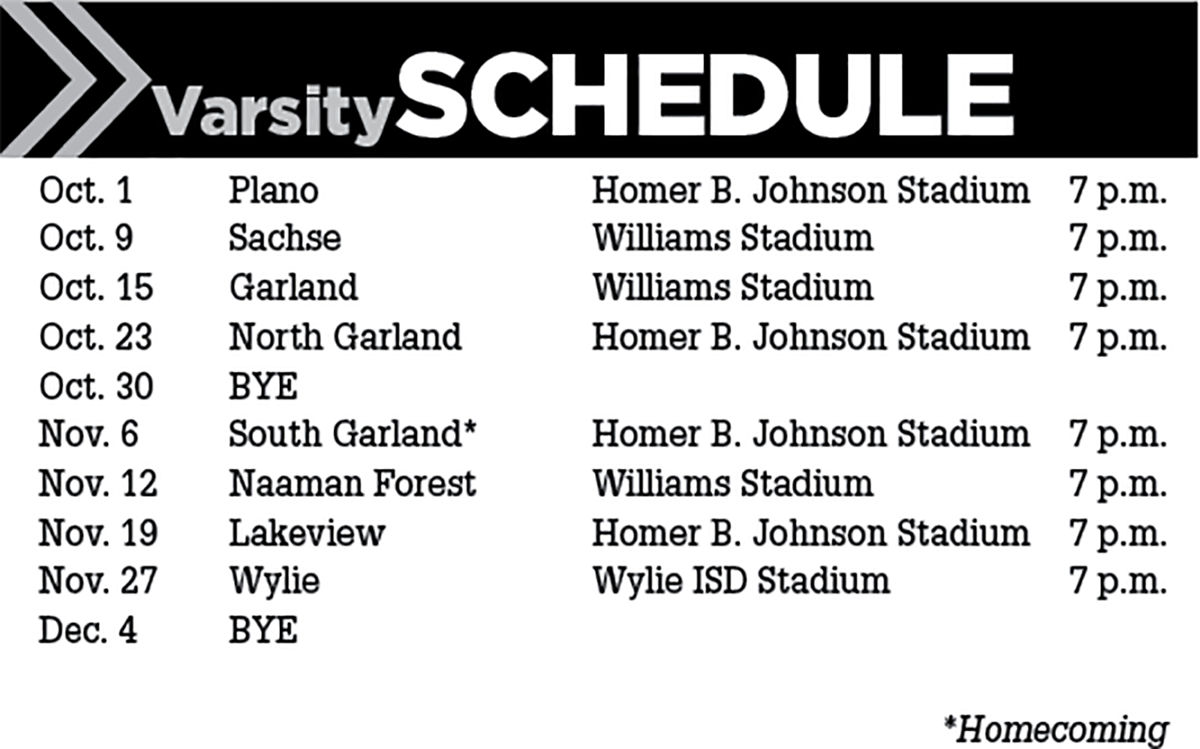 Rowlett had its Garland ISD record of 14 consecutive playoff appearances come to an end last season.

The Eagles had their chance in the regular-season finale, but had a two-point conversion stopped with 21 seconds left in a 42-40 loss to Sachse that led them to being the odd man out in a three-team tiebreaker.

Naturally, the focus is on starting a new streak and they will do so with 10 returning starters.

The Eagles will be breaking in a new starting quarterback with the graduation of Alex Routt. There are similar questions in the receiving corps, where they lose thir top three pass catchers.

As they get those positions settled, they will rely on the ground game, where senior Dwonyae Newton and junior Colton Yarbrough combined to average better than 6 yards per carry last season and were both selected to the all-district honorable mention list. Both Yarbrough and Newton proved capable of catching the ball out of the backfield as well, which could be important early on.

There is a bit more experience on the defensive side, where Rowlett returns six starters.

The line should be solid led by junior Michael Ibuken, an honorable mention all-district selection, and Jayden Polk.

The coaching staff is high on senior linebacker Xavier Barber in the middle, as well as cornerback Johnny Ray in the secondary.

Though the team did not get to go through a normal offseason, the staff does like the work ethic and togetherness of the team, as well as the added motivation of getting back to the playoffs.

The biggest focus early on is the inexperience on offense and that could be an issue with the shortened season.

As of this point, the Eagles had only one non-district game scheduled against Plano before jumping into the district gauntlet against rival and 9-6A favorite Sachse.

Yarbrough made an immediate impact as a sophomore. He was effective in the ground game, where he averaged nearly 9 yards per carry and found the end zone three times. Yarbrough also showed skills as a receiver, where he had seven catches for 88 yards and a touchdown. With the inexperience on offense, look for Yarbrough to take on a much larger role.