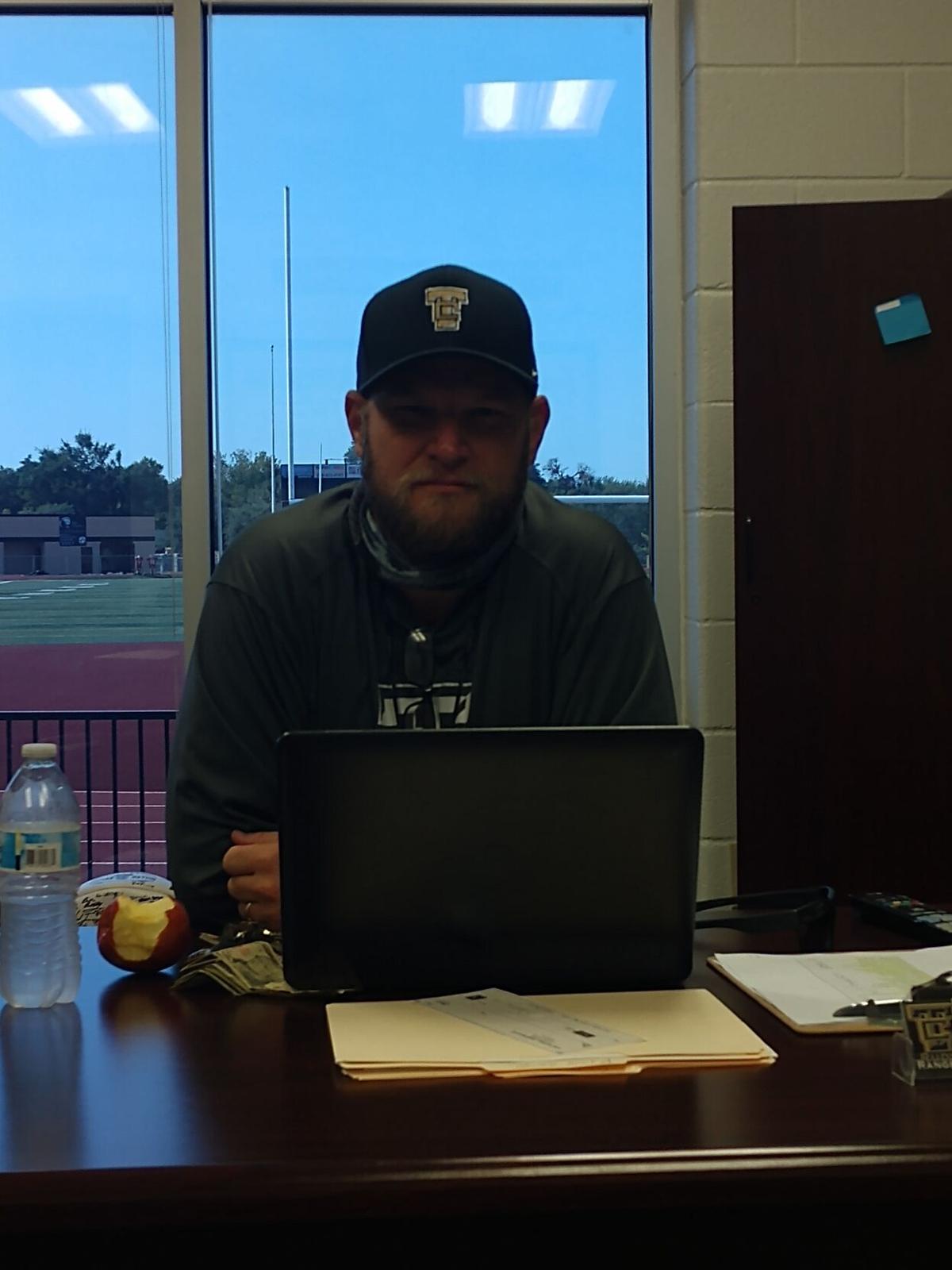 The Colony offensive line coach Adam Alexander had the title of associate head coach added to his job description in June. 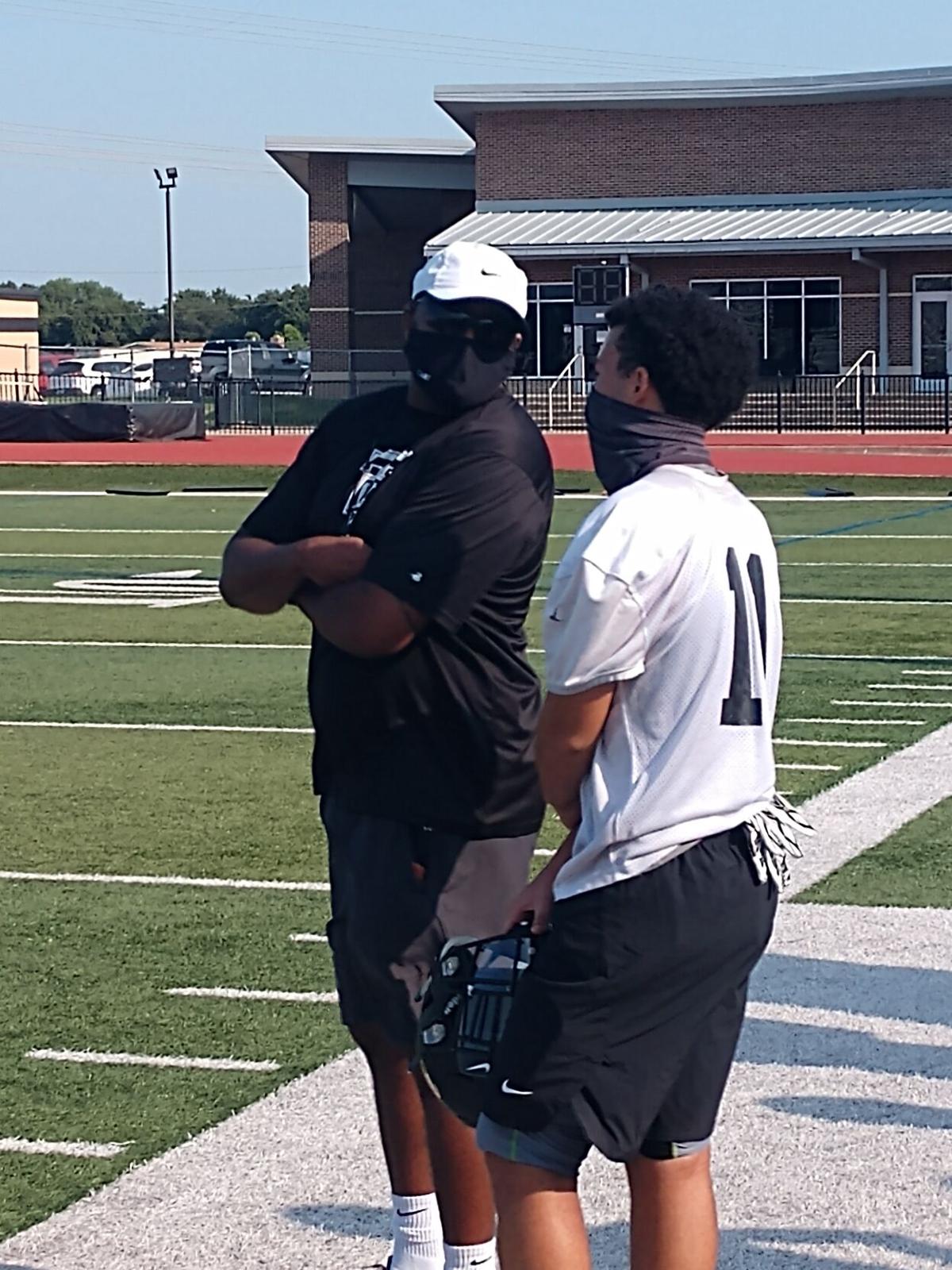 The Colony's Anthony King, left, has been promoted from safeties coach to defensive coordinator. 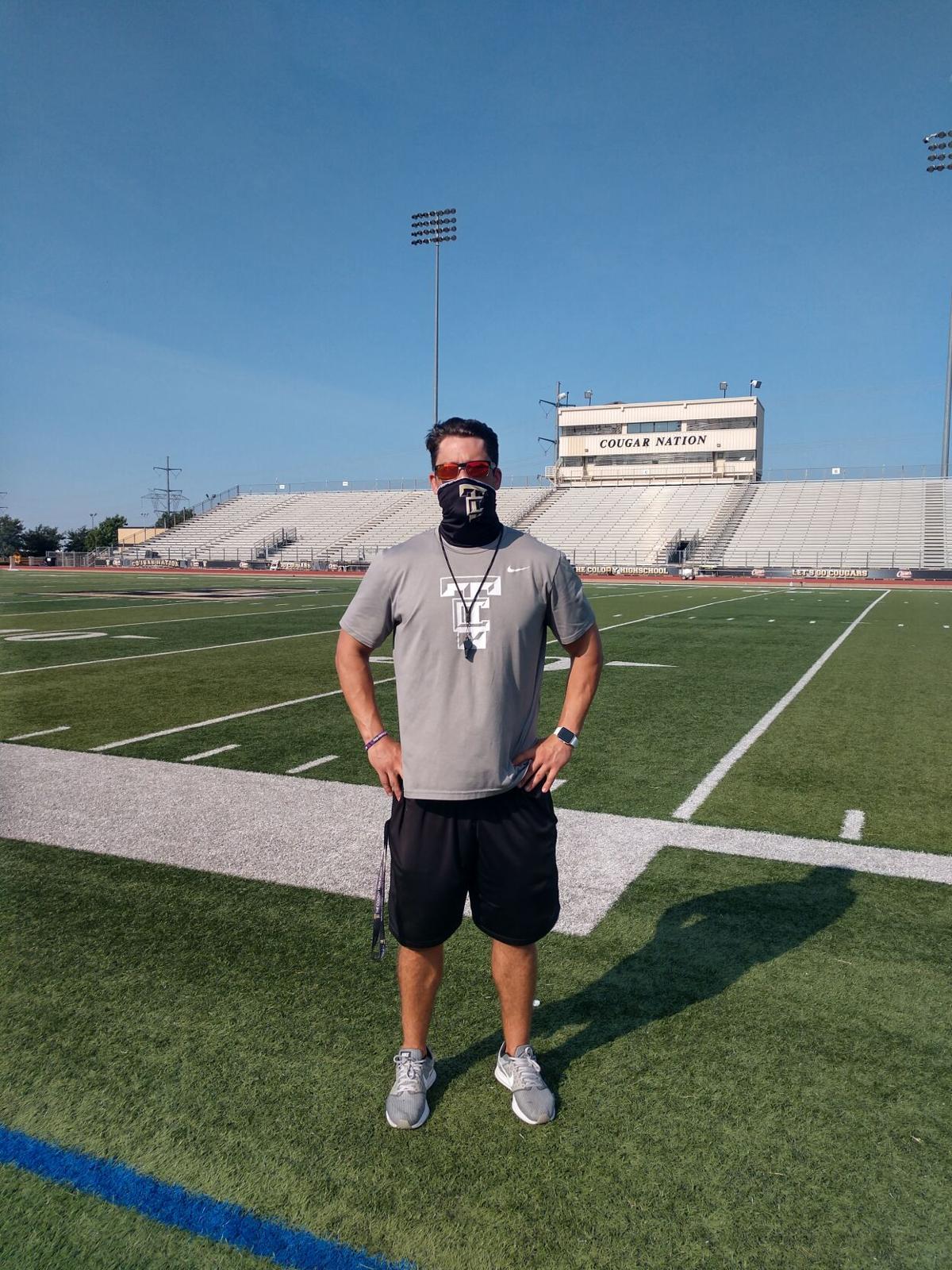 Caleb Hunt has been promoted to offensive coordinator at The Colony.

The Colony offensive line coach Adam Alexander had the title of associate head coach added to his job description in June.

The Colony's Anthony King, left, has been promoted from safeties coach to defensive coordinator.

Caleb Hunt has been promoted to offensive coordinator at The Colony.

Following the departures of offensive coordinator/associate head coach John Killough and defensive coordinator Scott Johnson to Fort Worth Paschal, The Colony head football coach Rudy Rangel has filled those vacancies from within.

Killough accepted the job as Paschal head coach. Johnson will be his defensive coordinator.

Hunt enters his his ninth year as a member of the Cougars’ coaching staff following a four-year stint at Red Oak.

He said that his promotion feels bittersweet. Hunt will no longer share the same sideline with Killough, who served as the best man in Hunt’s wedding while the roles were reversed in Killough’s marriage ceremony. They were also classmates at Italy High School.

Before Hunt arrived at The Colony in 2012, he had spent most of his life in a spread offense.

Killough was a protégé of Bryan Erwin, who used a pro-style offense to lead La Marque to the Class 4A-Division II state title in 2003. The Cougars used a spread offense a year ago to maximize the talent of star wide receivers Myles Price, Keith Miller III and Christian Gonzalez. But this season, The Colony is switching to a run-based, wing-T formation.

"I'm a firm believer in the team that runs for the most amount of yards is going to win the game,” Hunt said. “You're able to dominate the clock. You're able to give your defense a rest. I'd love to be able to line down with a lot of people in the box and different formations and run the ball."

Although the Cougars return five total returning starters, Hunt likes the depth that he has at running back, including sophomore Kamden Wesley, who led The Colony in rushing yards a year ago with 589.

"We’re really going to find out what we can do,” Hunt said. “We've had a lot of time without pads on. There's been a lot of content thrown their way. Now that we're going to get pads on, we get to acclimate them to the pads."

As for King, his promotion to defensive coordinator has been the result of all the hard work that he has spent learning how to coach each level of a defense.

King spent one year at W.T. White as cornerbacks coach, the next two seasons as defensive line coach at Prosper under the tutelage of Eagles coaches Tony Cooper and Jason Johns, and the following year as outside linebackers coach at Little Elm.

“I learned so much in that room at Prosper,” King said. “I was the youngest guy. Everyone in that room was a coordinator: special teams, offense, defense. I was just a sponge, and it all worked out there. I can't thank Jason Johns and Tony Cooper enough. If I hadn't met those guys, I wouldn't be a defensive coordinator. They gave me all of the tools that I needed.”

Oddly enough, King’s time at Little Elm provided a flashback of his playing days as a safety at The Colony. He intercepted Lobos quarterback and current Buffalo Bills wide receiver Cole Beasley twice in the first game of the 2007 season. One of those picks King returned to the 1-yard line.

King’s return to The Colony reunites him with Rangel, who served as an assistant coach King’s sophomore and junior seasons before Rangel was elevated to head coach in 2007.

Tony Peoples was the star running back during King’s playing days.

King played collegiality at Bethany College in Lindsborg, Kan., before completing his education at the University of North Texas.

Rangel wanted to hire King onto his coaching staff since King graduated from college, but wasn’t able to until two years ago due to The Colony High School not having a vacancy for an English teacher.

King was hired as safeties coach in 2018 before being promoted to defensive coordinator in May.

"It was unreal,” he said. “I told my wife, my family that my goal is to be a defensive coordinator by the time I'm 30. I know it's an ambitious goal. I turned 30 on August 1st. I made that goal happen, and that's all that matters."

Alexander, who is entering his eighth season with The Colony and 16th year overall as a coach, had the title of associate head coach added to his job description in June.

“(Rangel) called me in to his office and I thought that I was in trouble,” Alexander joked. “He sat me down on the couch and told me what his plans were, and I was blown away.”

Rangel called Alexander “one of the best offensive line coaches in Texas” with the potential to be a head coach within the next seven to eight years.

"It's awesome, and that's why you like working for a guy like Rudy Rangel,” Alexander said. “He puts in situations and allows us to do things to grow as a coach."

Rangel’s willingness to prepare his own staff for future coaching gigs doesn’t come as a surprise.

"It's funny because he hasn't changed one bit,” King said. “You know what to expect. He's a family-first guy, a team-first guy, a religion-first guy. He's been that way since he was a first-year head coach."