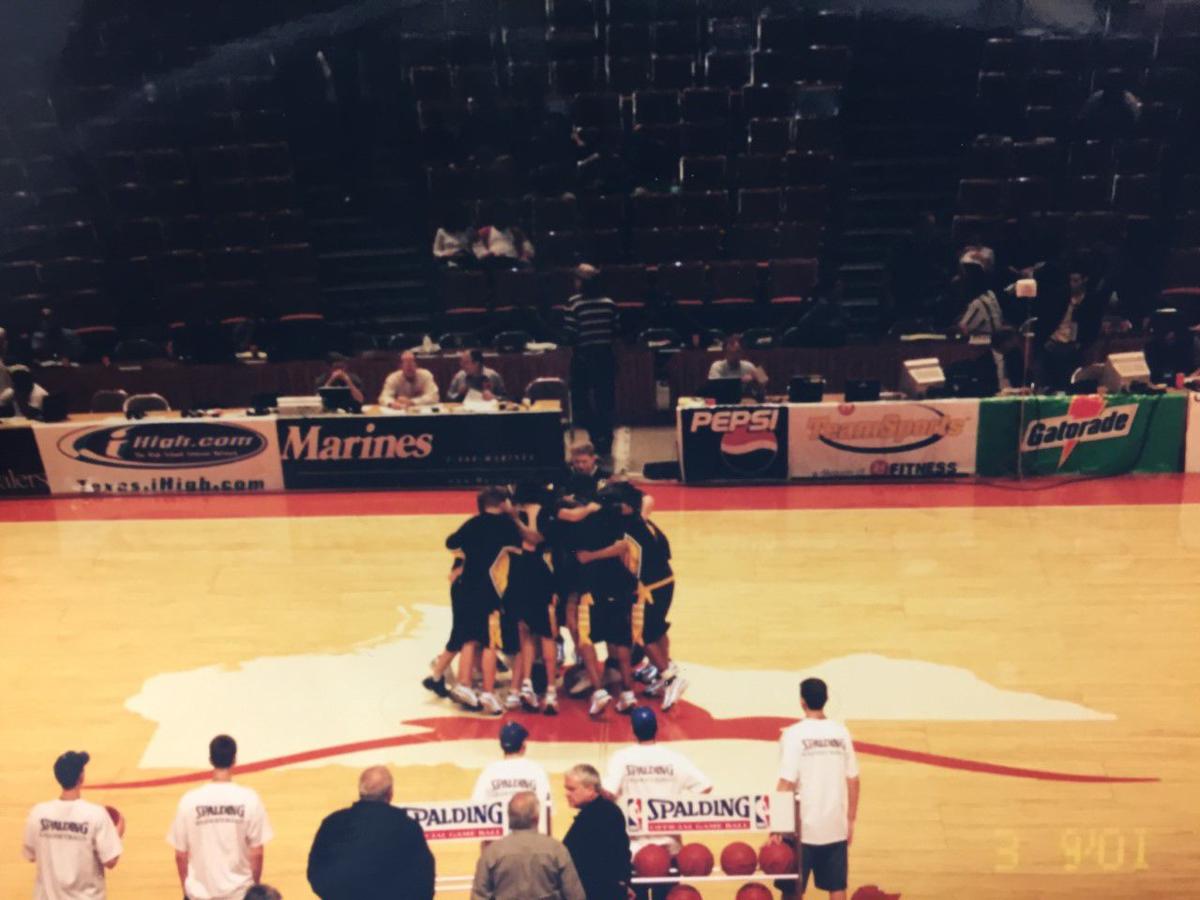 The Colony boys basketball team made it to the state tournament in 2001. 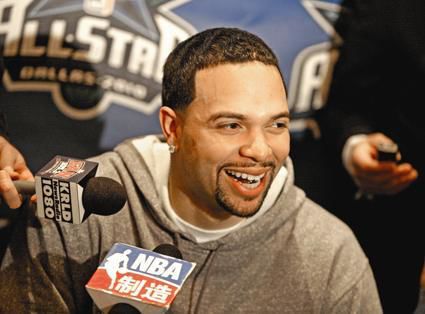 The Colony graduate Deron Williams was the No. 3 pick in the 2005 NBA Draft.

The Colony boys basketball team made it to the state tournament in 2001.

The Colony graduate Deron Williams was the No. 3 pick in the 2005 NBA Draft.

Editor’s Note: Nearly 20 years ago, The Colony’s boys basketball team made a run to the 2001 state tournament and was ranked as one of the best teams in the country. As part of a series regarding the team, The Colony Courier-Leader first takes a look back at how the Cougars made a run into the Final Four.

The fire marshal had to step in and say not another person was allowed inside the complex.

During that historic 2001 season at The Colony, the Cougars’ boys basketball team was a sight for everyone to see. The roster featured a plethora of future college players and two future NBA draft picks – Deron Williams and Bracey Wright.

Whoever was in the Metroplex was finding their way to watch all of the power on display. On any given day you could see Steve Harvey at a game. Or Pro Football Hall of Famer Michael Irvin, a Dallas Cowboys legend in his own right.

You name the celebrity and the Dallas Cowboy, and there is a good chance they were there for the ride and watching some of the greatest basketball in all of the country.

“Somebody told me that Troy Aikman was there before,” said Tommy Thomas, longtime The Colony boys basketball coach, who coached that 2001 team. “It was always a nice mix of people that came. Most importantly, we just had such strong support from the community. Lots and lots of parents from previous years, fans from previous years that just came to every game. It was fun that those celebrities came, but it was more important to me that the community they supported us year after year after year.”

During Thomas’ 17 years at the helm – the gymnasium is named after him – The Colony went 397-195 and recorded 15 winning seasons and had a strong run of success in the 90s, but in 2001, this team was extra special and tabbed as one of the best in the entire country, not just in the talent-rich DFW or the state of Texas itself.

With Williams and Wright forming a formidable duo in the backcourt – they were juniors in 2001 — who wouldn’t want to watch them? Four years later, Williams became the No. 3 pick in the 2005 NBA draft. Wright, who was a 2002 McDonald’s All-American, was picked in that same 2005 draft and was a second-round selection.

And then add on more college players, including two-sport star Bamfield Harmon – who held offers from some of the top football schools but ultimately pursued basketball at Rhode Island – and this was a special team that came together and played as unselfish as could be.

“Our guys on the team played the game the right way,” said Cleve Ryan, current The Colony head coach and an assistant in 2001. “They played hard, were respectful to where even opponents respected them, played against them, but they respected them afterwards, handled themselves well. They made it easy to pull for guys like that, to watch guys like that in high school because they played the game the right way.”

From the start, The Colony knew it had the makings to do some great things, but the matchups that would present themselves against fellow area opponents and in the postseason would be hard hurdles to climb in order to reach the pinnacle of Texas basketball at year’s end.

The talent area in the area alone was sky high, especially a 2002 recruiting class that was deemed by many as the best collection of talent the metroplex has ever seen, and those players were only juniors at that time. Chris Bosh and Bryan Hopkins played at Dallas Lincoln. Cedar Hill had Daniel Horton, who played collegiately at Michigan and then carved out a pro career overseas. Garland had Ike Diogu, who went to Arizona State and was the No. 9 pick in the 2005 NBA draft.

“You know that you’ve got a good team, but there’s always so many good teams in the area or along your path,” Ryan said. “Getting the right matchups and things like that. Two years in a row, we had big games with the top team in Texas. Ranked ahead of us was Cedar Hill, and so we played them two years in a row to go to the regional tournament. Both those being good games and all that too you have to play better that night to get to advance.”

But things would surely work out for The Colony, who earned the top seed out of District 6-5A and had a bye in the bi-district round of the 5A tournament before.

In the area round, it won, 60-46, over Hurst Bell. And then came the third round, in a game that came down to the wire and is a day that will live in program lore forever.

Against Cedar Hill, consistently deemed the No. 1 team during that time period, the Cougars trailed by seven points with 1:12 remaining. It appeared their hopes that a state run were dashed, and while maybe some thought it was over at that point, The Colony was hearing none of it.

Well, they certainly made it happen.

The Colony went on a 12-0 run over the final 72 seconds to extend its campaign and move on to the regional tournament, where more tough matchups loomed in a loaded region.

“I would like to tell you it was some creative coaching (laughs), but anybody was there will tell you it was just those five kids that were on the floor – Deron and Bracey and Bam and Girtie (Marcus Girtman) and Dio (Harris),” Thomas said. “They just found a way to get it done. We just made a bucket and then got a stop and then got an and-1. Pretty soon there I think they dunked right before I called timeout with 1:12 to go.”

Two more wins came about over Odessa, 69-52, in the regional semifinals, followed by a 77-63 victory over Duncanville in the regional final to advance to the state semifinals and improve the overall season record to an astounding 32-1.

However, the Cougars came up two points shy of a bid to the state championship, falling in 64-62 fashion to Bryan, who became the state runner-up after a loss to Sugar Land Willowridge in the state title game.

Although the season didn’t quite end with that elusive state championship trophy, it was a season and time that Thomas and company will never forget, losing just twice all year and providing a history-making season that will live up in the school’s rafters forever.

“Just the attitude of those kids to not, they just weren’t going to lose,” Thomas said. “There were just so many times that they just performed at such a high level in the most difficult times. I was very, very proud just to be with that group. To be with them and to practice with them every day – they were just fun. I loved them all. I loved them from 1987-88 to the time I left, every one of them.”