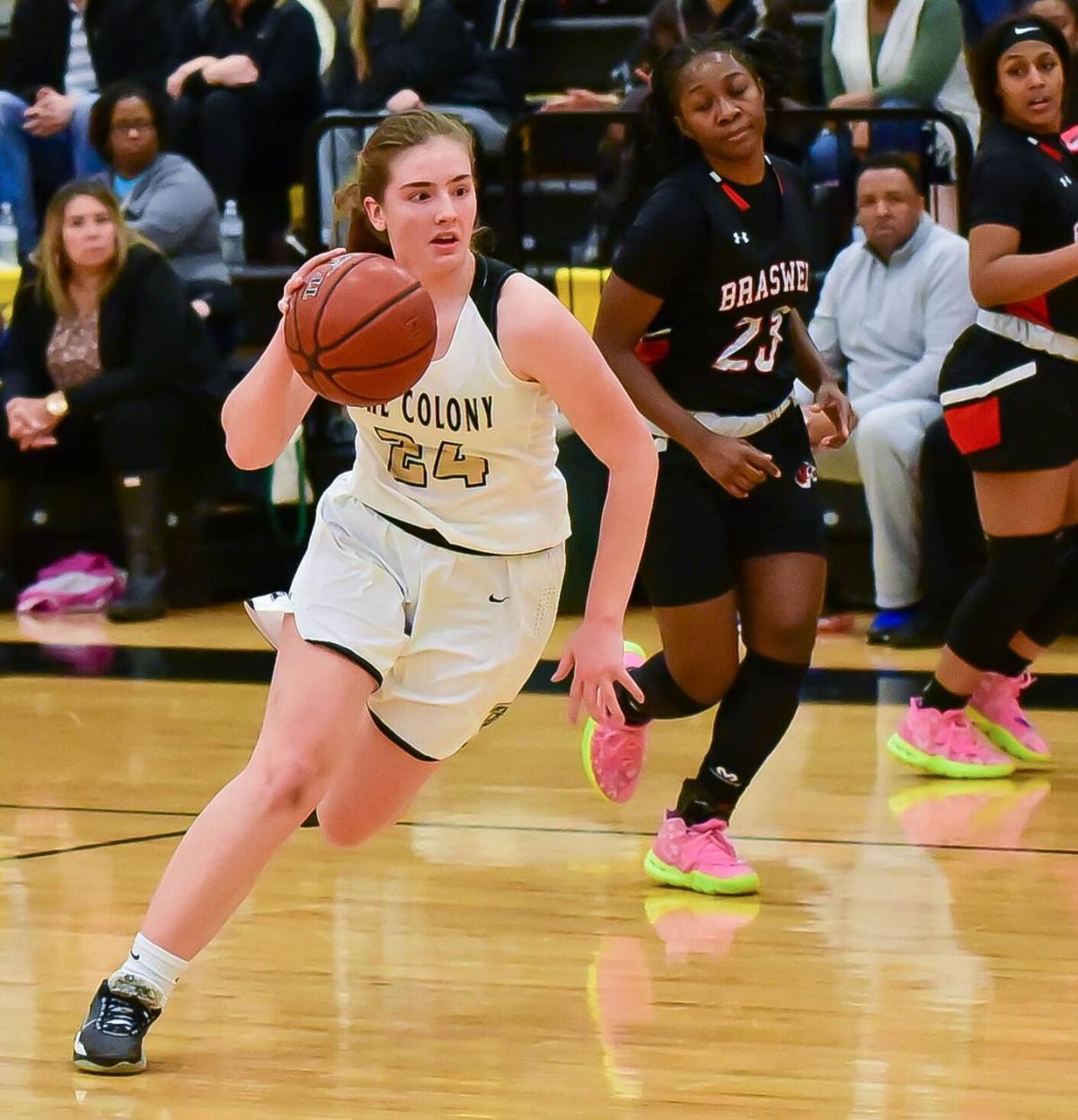 The Colony’s Haley Courtney dribbles the ball past half court during a game against Denton Braswell. 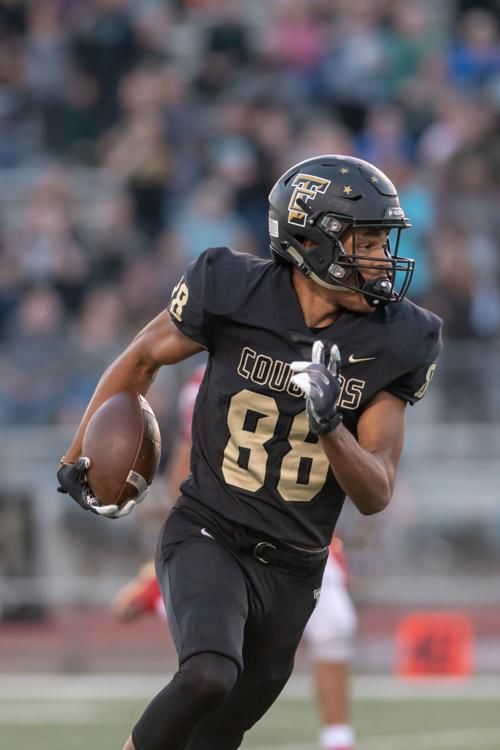 The Colony alum Keith Miller III had more than 1,800 career receiving yards during his time in a Cougar uniform.

The Colony’s Haley Courtney dribbles the ball past half court during a game against Denton Braswell.

The Colony alum Keith Miller III had more than 1,800 career receiving yards during his time in a Cougar uniform.

Though many of the spring sports were unable to complete their stories, The Colony showcased no shortage of notable individual and team athletic achievements, so it is only appropriate to put the last year of local varsity sports into an award-winning perspective.

In recent weeks, The Colony’s top athletes, teams and games have been recognized among nine different awards.

Miller is involved in everything. Football, basketball, track – you name it. And that – on top of school, where he is an honor roll student — creates a challenging schedule.

Miller has been around sports forever. For years, he was working and developing himself into a star football player while doing the same thing in basketball, also a sport he has played – and excelled in — since he could pick up a ball.

The University of Colorado signee for football lived up to the expectation of being a multi-sport athlete his senior season – and then some.

A star wide-out for the Cougars, Miller finished second on the team in receptions (54) and receiving yards (828) – along with nine touchdowns – to earn a spot on the District 5-5A Division I first team.

When it came time for Miller to step onto the court, he finished his high school basketball career with the district’s top honor. He was named the 8-5A MVP after a stellar campaign on the hardwood. Miller averaged 16 points, seven rebounds, three assists, one block and one steal per game in The Colony’s run to a second-place finish in the district and its third straight appearance in the playoffs.

Although the global coronavirus pandemic prevented The Colony softball team from having another attempt at reaching the Class 5A state tournament, outsiders from the program realized that the Lady Cougars still had the consensus No. 1 prep softball player in the country for the Class of 2020 on its roster.

It wasn’t just on the diamond where Coleman stood out.

On the volleyball court, Coleman was amongst the top statistical leaders for head coach Terri Harrod, who was in her final season coaching the Lady Cougars – finishing with 256 kills, 30 aces, 16 kills and 352 digs.

And Coleman even had time to fit one track and field meet into her busy schedule – going for 37-7 in the triple jump and 18-5 in the long jump.

The Colony added to its deep run of postseason success by making the regional tournament for the fourth consecutive season.

Although another magical playoff run ended in the regional quarterfinals after a 64-50 loss to Mansfield Timberview, head coach Colby Davis was proud of just what the Lady Cougars endured throughout the entire winter.

“The only thing I really liked about our kids is they kept playing, regardless of what we were going through,” she said. “We faced some adversity early. We lost a couple of games before Christmas that we normally had taken care of before our district schedule. I was really proud of our leadership.”

After going 5-7 in the month of December, The Colony rallied with a 9-3 record in district play – including a 63-54 win over state-ranked Denton Braswell in the regular-season finale – then defeated Grapevine 54-50 in the bi-district round of the Class 5A playoffs and Everman, 61-44, in the area round.

SMU-bound Jones (19.0 points per game, 4.3 steals) and Wake Forest signee Spear (24.2 points, 8.3 rebounds) were selected to the Texas Association of Basketball Coaches 5A all-state team, becoming just two of the 20 players at the second-highest classification in Texas to find their names on the prestigious list.