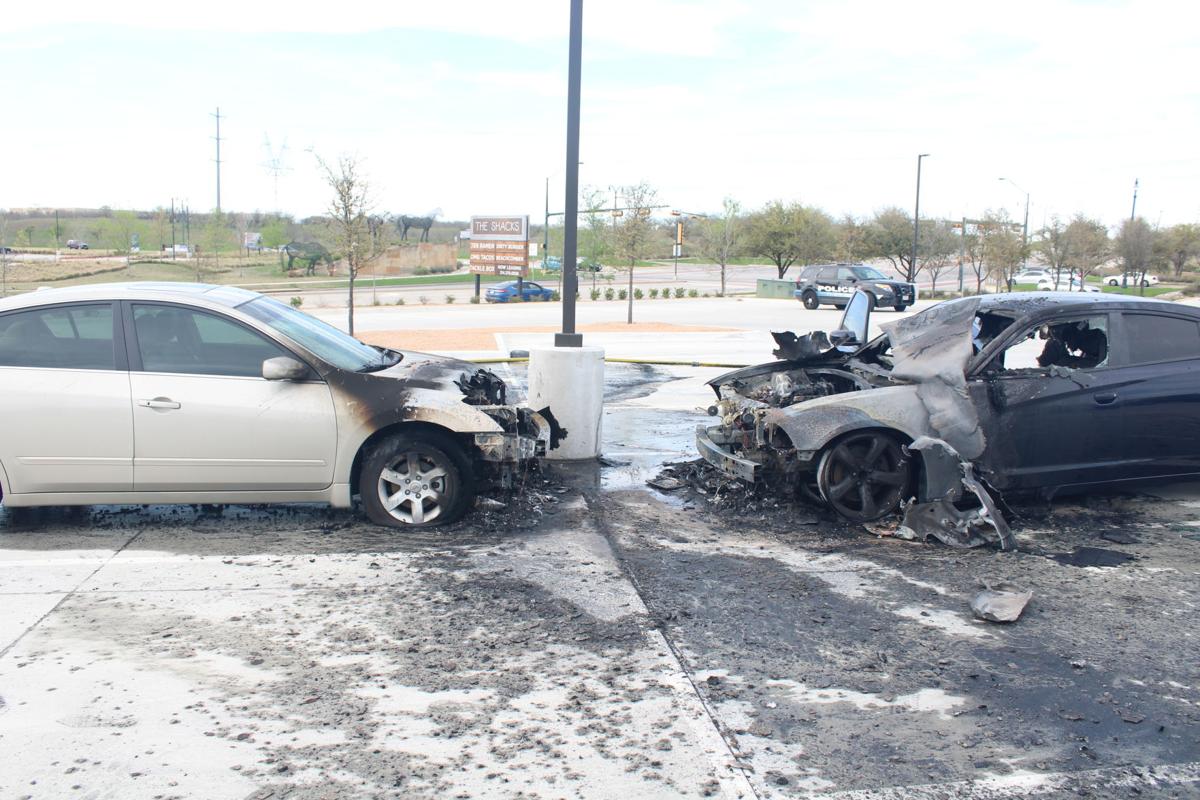 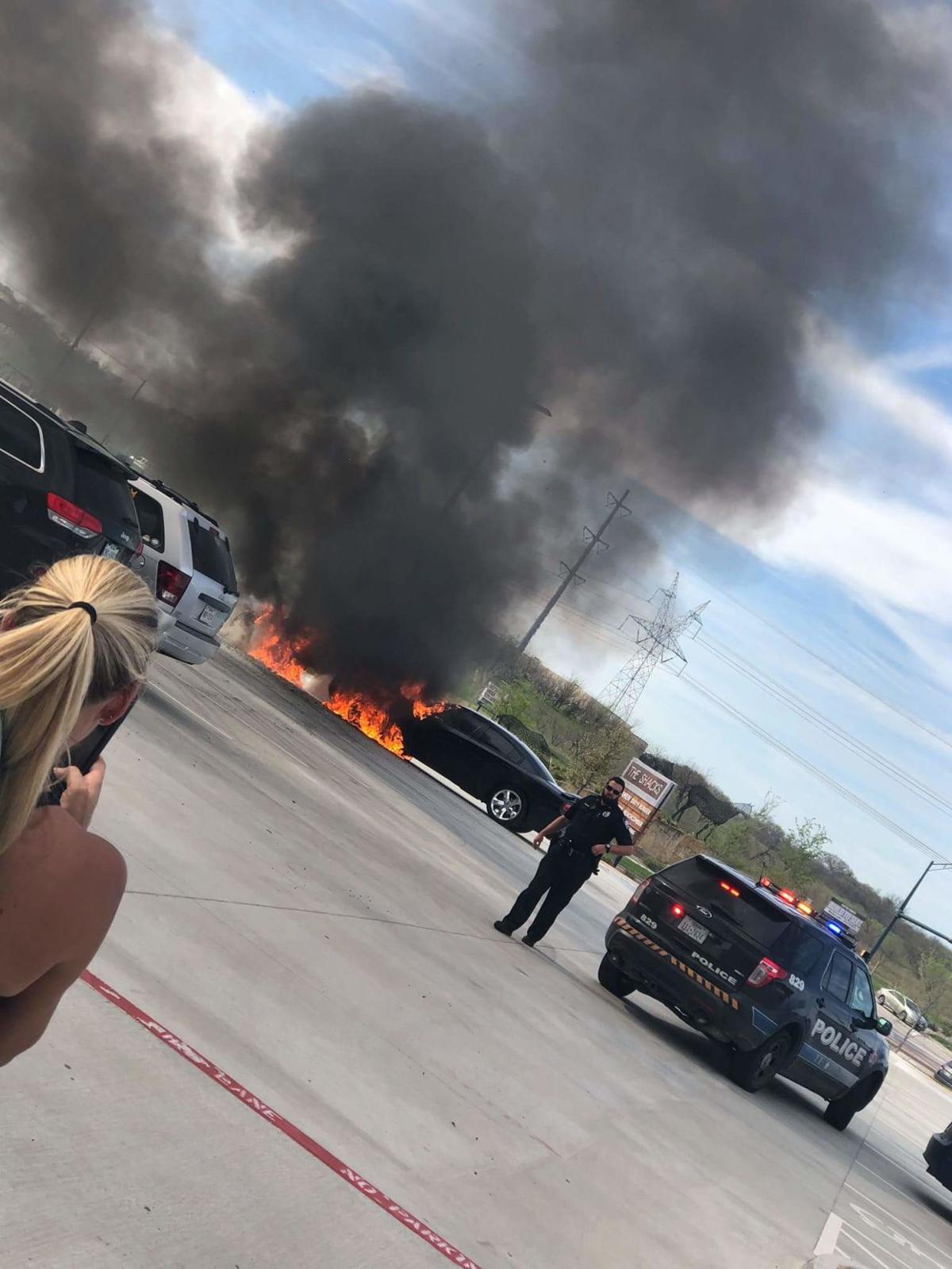 “If your car is in the parking lot, it might be on fire,” came over the PA system at the Beachcomber Bar & Grill in Austin Ranch late Saturday afternoon after a Dodge Charger burst into flames.  Witnesses say the engine compartment of a Dodge Charger caught fire without warning before the flames spread to a Nissan Altima parked across from the Charger.

The owners of the two vehicles were inside the Beachcomber when the fire started, and there were no injuries.

The Colony Fire Department Battalion Chief Jason Bonds was one of two units who responded at 4:26 p.m.

“It was probably due to mechanical failure in the engine compartment, but it will be nearly impossible to know what started it,” Bonds said on scene.

The fire took approximately 10 minutes to extinguish, Bonds said, and based on eyewitness accounts there is no reason to suspect arson, and there will not be an investigation.