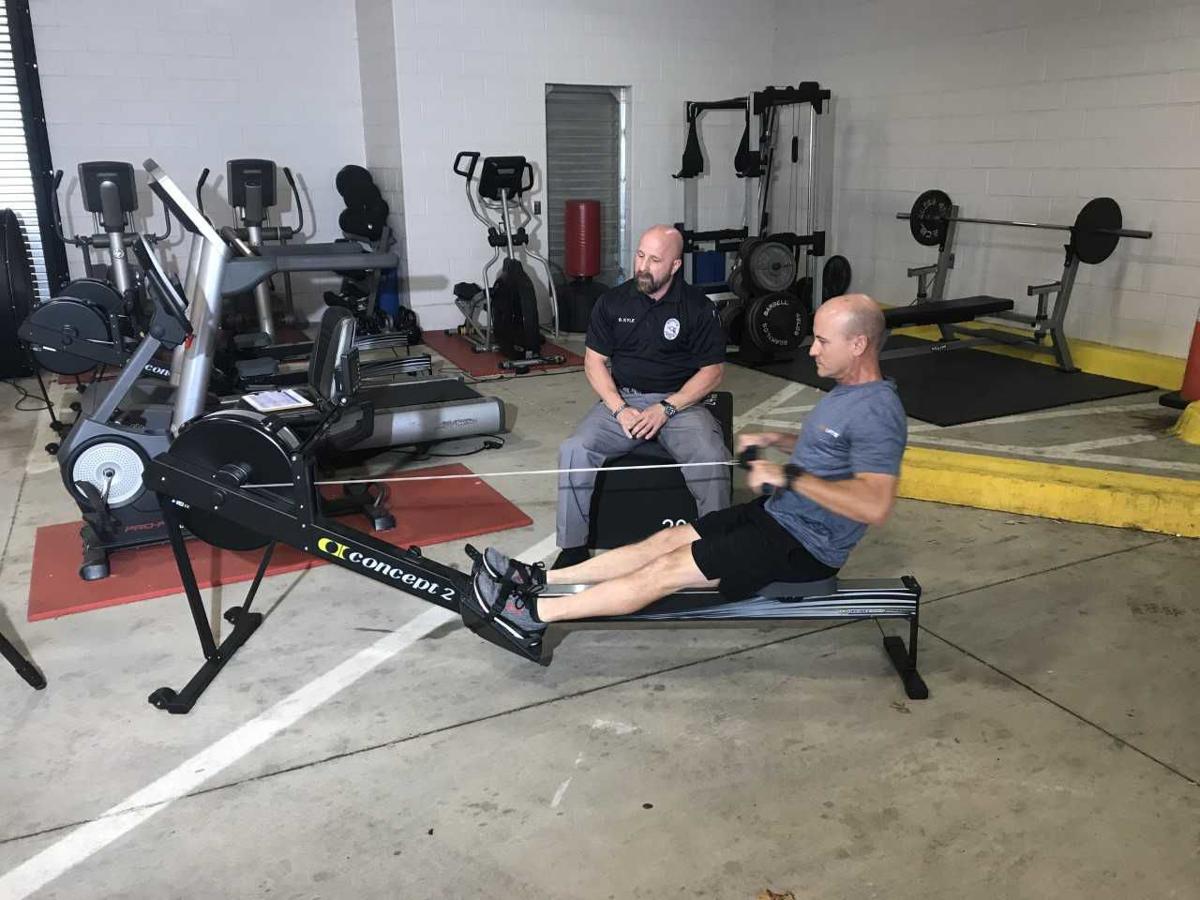 It’s never a bad idea for police officers to stay in shape for when they have to chase bad guys, and now two members of The Colony Police Department will be making sure that happens with everyone at TCPD.

With the certification LeRond and Kyle will implement and coordinate ongoing fitness training and testing for all of the department’s officers in The Colony.

“We have fitness standards, but we didn’t have a minimum score,” Police Chief David Coulon said. “We’ve given incentives for those who did well. But we found that we still had officers that were not up to par of what we expected. So we needed to have a minimum for officers to be hired and to work here.”

Throughout the year, officers will have three days a week set aside to work out. In addition, there will be continuous nutrition and exercise programs. Coulon said the department will provide the space needed for workouts.

Kyle said the entire three-month certification process was physically and mentally challenging. Once complete he, LeRond and other first responders across the state became graduates of the DPS Fitness Institute.

Kyle said department leaders want to make sure officers are in the best shape when they’re hired and throughout their career, especially as the demands of the industry are changing.

“We need to know how to be fit so that we can support our co-workers and so we can protect the people that we’ve sworn to protect,” Kyle said.

Kyle said the training was extensive. Those in the program studied anatomy, kinesiology and muscle movement. They learned about how to structure different exercise programs for people who are older, younger, pregnant, etc.

Kyle said they learned about basic risk factors that come into play when exercising, such as age, cardiovascular disease history, workout history and how much time they remain sedentary.

Kyle said after spending three weeks learning all of those things they took a certification test before going over a workout/exercise program.

The program LeRond and Kyle will bring to The Colony are used by DPS troopers and is the model for agencies across the state. A big piece of that are row machines that force the person to use both “hemispheres” of their body.

“We use both hemispheres of our body in our job,” Kyle said.

Kyle said that approach has been proven reduce the likelihood of injuries compared to some traditional forms of workouts such as weight lifting and agility runs.

LeRond said it also takes out the element of subjectivity and human error when working out.

Kyle and LeRond will bring those concepts to the police department.

In addition, Kyle said the certified trainers will also teach the officers about nutrition and other health matters such as cardiovascular health, hormones and diabetes.

Kyle and LeRond said there are plenty of benefits to participating in the fitness program. For one, it gets officers moving more than they typically do.

They said officers spend 95 percent of their time in the sedentary state, as paper work, surveillance and patrolling are primary parts of the job.

Kyle said the other 5 percent is in the “sheer terror” state where the heart rate gets elevated. He said the workout program will get officers in shape for that, too.

“We don’t know how we’ll react to that,” Kyle said. “We lose a lot of cognitive thinking. The purpose of this is to put us in the 5 percent so that we can function when we really are in that 5 percent.”

The program could save an officer’s life, they said.

“We want the officers to work out and be prepared,” LeRond said. “If not, that’s when they have a heart attack.”

Coulon said in anticipation for the program TCPD has already given fitness practice sessions.

“Each year we want to increase the bar,” Coulon said. “We want to get into the 70th percentile in the nation.”

Does anyone know why the city does not know hot to properly time traffic signals along 121 on the service road? The city is designing its own traffic problems by failing to time the traffic signals properly. It’s not that hard. The Southbound direction is really bad, especially at Main St and also at Plano Parkway. These are timed 180 degrees out of phase. Or is the real hidden agenda to intentionally mistime traffic signals in an attempt to divert more vehicles onto the toll road which the city benefits from in the revenue sharing agreement