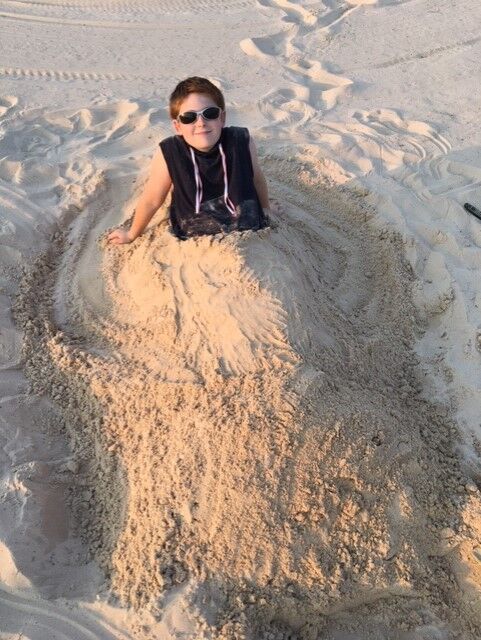 Evan Jones, a fifth-grader at Camey Elementary, enjoys the opening day of the new beach at Stewart Creek Park. 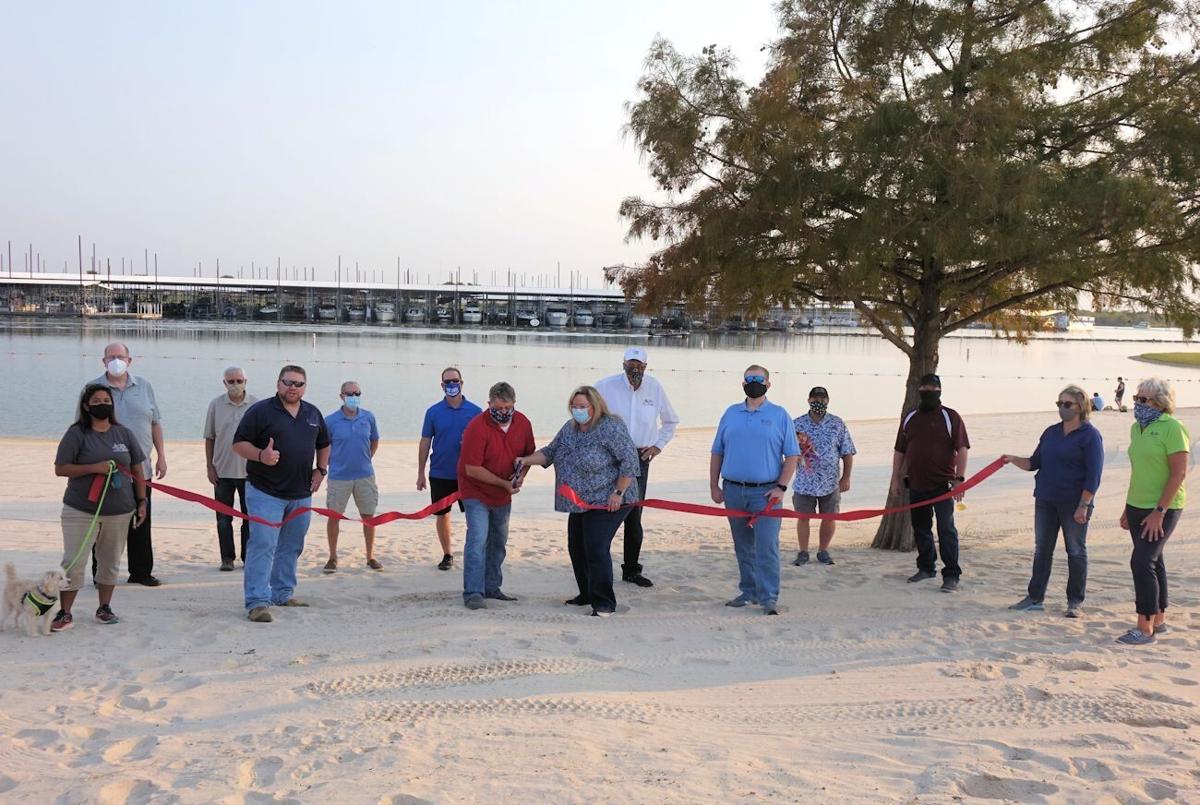 City officials cut the ribbon to celebrate the opening of the new swim beach at Stewart Creek Park.

Evan Jones, a fifth-grader at Camey Elementary, enjoys the opening day of the new beach at Stewart Creek Park.

City officials cut the ribbon to celebrate the opening of the new swim beach at Stewart Creek Park.

The Colony recently brought back an old favorite, but to a new location.

The City Council and the Community Development Corporation celebrated the reopening of its swim beach at Stewart Creek Park during a ceremony Oct. 6.

The beach had been located at the park on the western shoreline, but the city relocated it to the park’s southern edge.

Pam Nelson, community services director, said the new location will be better for the beach.

“We had a lot of erosion where the old one was located,” Nelson said. “It had taken a beating from the boats and the wave activity. It went through constant replacement.”

Nelson said the new location will be safer as well.

“The old one wasn’t in a protected area,” Nelson said. “This is in a natural cove, so we’ll be able to buoy of the cove so that the jet skis can’t pull up onto it.”

She said the new beach is also adjacent to a no-wake zone.

“Boats will have to go at idle speed, so it’s safer for the swimmers, and there’s no wave action,” Nelson said.

“It’s a huge step up from the beach we had,” Nelson said.

Part of the project included the construction of a walking path around the beach to allow it to be ADA accessible.

The project was in the works for almost two years as several factors caused delays, Nelson said.

“We awarded the bid earlier this year, but the lake flooded in the spring,” Nelson said. “It was 7 to 8 feet above normal level. Then COVID-19 hit, and we had to shut the park down. We thought we would open in the summer, but there ended up being a three-month delay.”

But Nelson said there’s still plenty of time for people to enjoy the beach before the cooler weather arrives.

So far, Nelson said, the response to the beach has been favorable.

“People are very excited about it,” Nelson said. “We’ve gotten a great response on social media. Even though it’s late in the season, people are still excited. The water has been warm, so it’s gotten a good amount of use.”

The beach renovation was one of several projects that stemmed from a master plan for Stewart Creek Park. The city added a fishing pier last year, and the city is about to design a restroom facility that will be adjacent to the beach.