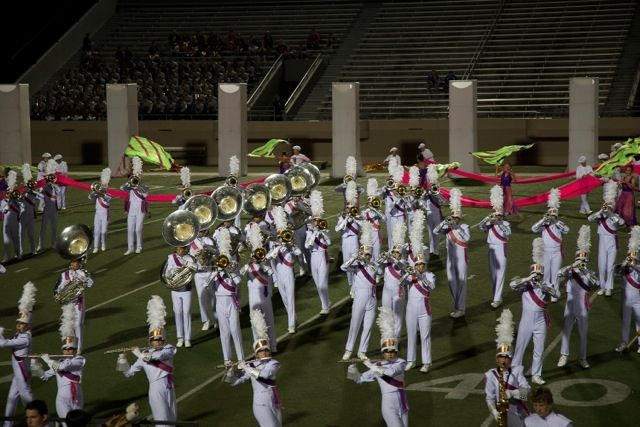 The Flower Mound High School band performs at a recent competition this year. 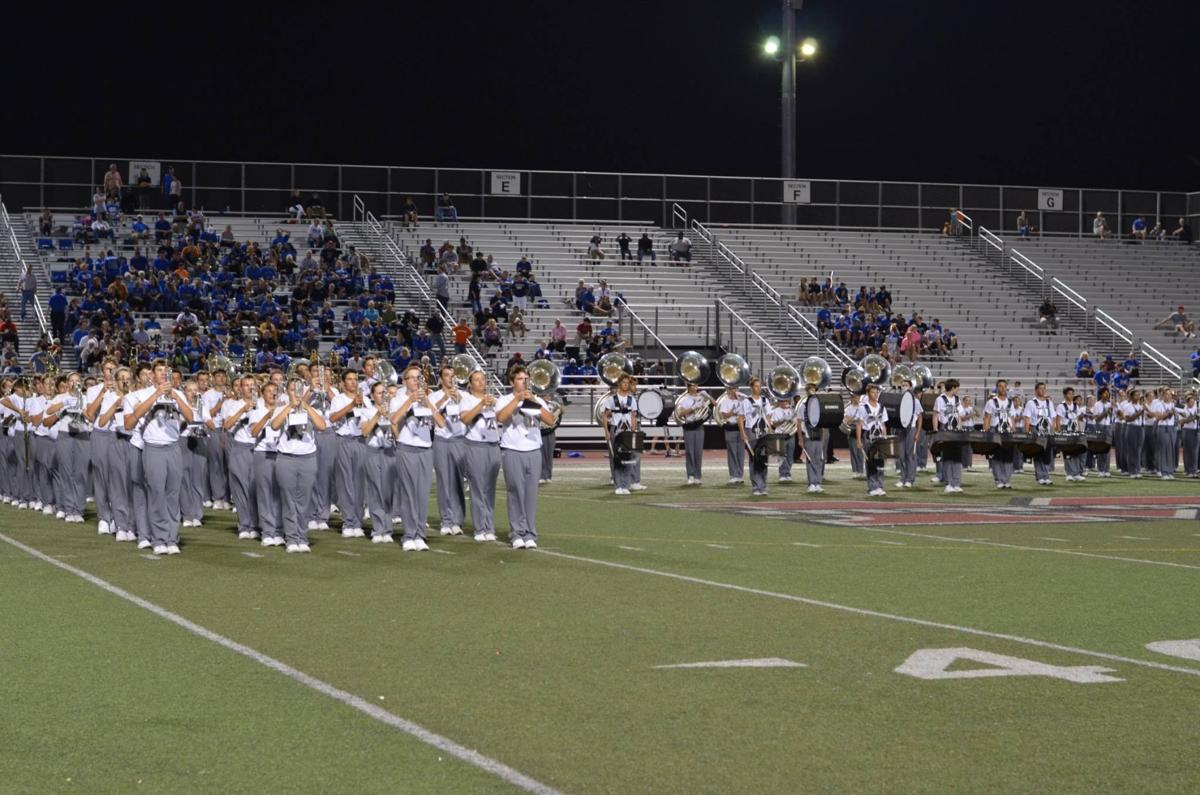 The Marcus High School band, shown from an event earlier this year, won the area contest to qualify for state.

The Flower Mound High School band performs at a recent competition this year.

The Marcus High School band, shown from an event earlier this year, won the area contest to qualify for state.

Lewisville ISD continues to be a marching band powerhouse, and one look at the lineup for next week’s UIL State Marching Band Contest shows why.

Three bands from LISD – Marcus, Flower Mound and Hebron – will participate in the Class 6A competition  Tuesday at the Alamodome in San Antonio.

In addition, Argyle will compete in the Class 4A event Monday.

But every year stands on its own merits, said Band Director Amanda Drinkwater. And this year has been a good one for all new reasons.

“Most of our leaders are new,” Drinkwater said. “We have four new drum majors, and we have no returning section leaders. So this accomplishment is really awesome. It’s good to have a strong year when we’re filling in new roles.”

Drinkwater said the band was also fortunate to have its new rehearsal facility complete just in time for the fall semester. And favorable weather for outdoor practices this fall has helped, too.

At state, Marcus will be performing “Imperial Treasures,” which Drinkwater described as a tribute to the artistic endeavors inspired by the turn-of-the-century Russian empire.  The musical selections include works by Russian composers of the time and includes visual elements that one might associate with royalty of the era, she said.

Flower Mound will be making its first appearance at state. FMHS Band Director Brent Biskup said it’s been a work in progress leading up to this year.

“We built up the program over time,” Biskup said. “We gained momentum over the last five years. We finally established the culture to get us to the next step.”

Flower Mound will be performing “Harmonic Tapestries.” Biskup said it will feature an environment of artwork of married couple Christo and Jeanne-Claude on a large scale that includes mountains and canyons wrapped in fabric.

“We knew early on that we were progressing well,” Biskup said. “This involves artistic work that you have to put a number on, so it’s hard to know. We just have to make sure we practice hard. We hoped it would turn out this way, but you just never know.”

“Our philosophy is competition against the standard, not against another school,” said Argyle Band Director Kathy Johnson. “We pay attention to a good standard in the music we play and the drills we march. That’s our students’ focus.”

Argyle will be performing “Alleluia,” which focuses on the Rose Window at the Notre Dame Cathedral. The band will perform “Exulte” by Sam Hazo, “Jesu, Joy of Man’s Desiring” by J.S. Bach, “Elsa’s Procession Cathedral” by Richard Wagner, “Alleluia” by Eric Whitacre and “The Finale” from Beethoven’s Ninth Symphony.

Band directors from each school said the support they get from other students and organizations has always been strong, which makes their success even better.

“The bands in this district and at this campus are always highly regarded,” Drinkwater said. “We feel the support from everyone.”