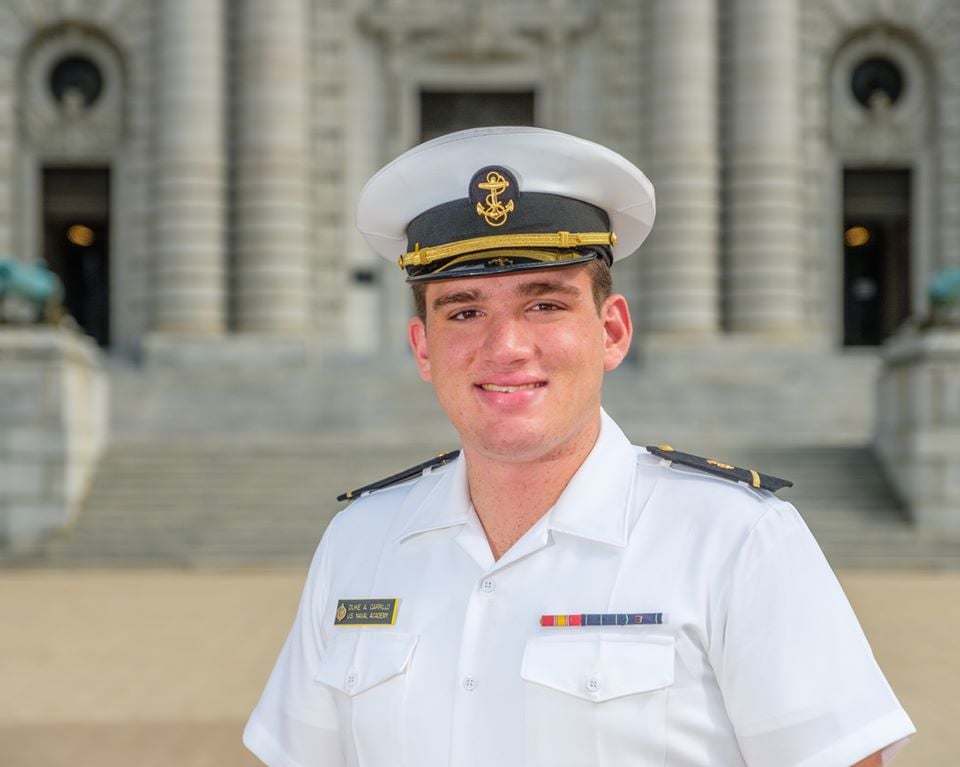 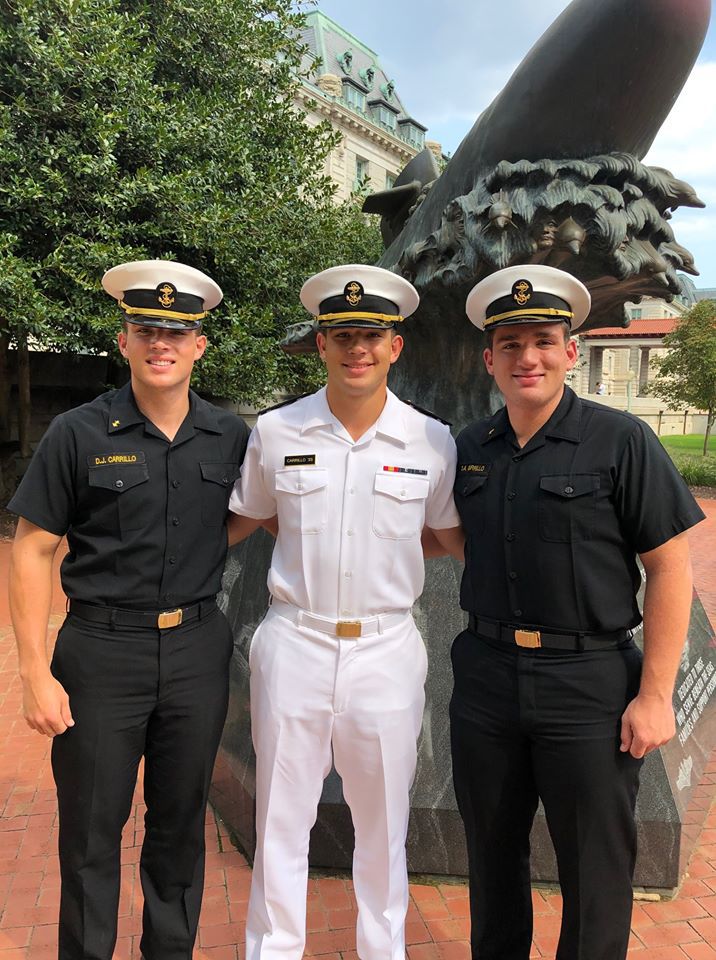 Carrillo, 21, collapsed during the 1.5-mile run portion of the test, the post stated. First responders tried resuscitating Carrillo, and he was taken to Anne Arundel Medical Center in Annapolis, Maryland, where he was pronounced dead at 12:23 p.m. The circumstances surrounding the cause of his death are under review, the post stated.

Carrillo completed a year at the Naval Academy Preparatory School in Newport, Rhode Island before he and his twin brother, Dylan, reported to Annapolis for the Class of 22's Induction Day on June 28, 2018, the post stated.

"My wife, Joanne, and I join the Brigade, staff and faculty in mourning the sudden and tragic loss of Midshipman Duke Carrillo,” said Vice Adm. Sean Buck, 63rd Superintendent, U.S. Naval Academy. “Our most heartfelt sympathies and condolences go out to the entire Carrillo family, and our extended Naval Academy family, during this extremely difficult time.”

Carrillo was a quantitative economics major and had earned a 4.0 GPA last semester. He was a member of the 24th Company and a member of the Naval Academy’s Flight Training Squadron, VT-NA, the post stated. He had served as a Naval Academy Summer Seminar squad leader this past summer and had aspirations of being a naval aviator. He was also an avid intramural athlete.

“Duke was an active member of 24th company; he was able to have a special and close relationship with each of his classmates and company mates,” said 24th Company Officer Lt. Sara Lewis. “I am honestly able to say he was friends with everyone and uplifted those around him. Due to his calm and loving personality, he will be especially missed in 24th company.”

Carrillo was a 2017 graduate of Flower Mound High School. He was a three-year letterman on the wrestling team, where he qualified for the UIL Class 6A state tournament twice. In 2017 he placed third in the 285-pound division.

He also played on the offensive line for the FMHS football team, where he was also a three-year letterman.

Carrillo was also on the school's Student Council. He was an Eagle Scout and volunteered in his church and in the community.