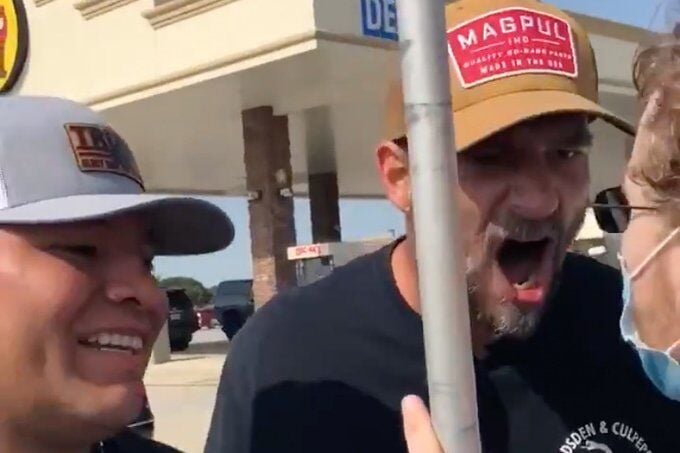 A video shows a confrontation between Jason Lata, middle, a friend, left, and Dan  Schochler III. 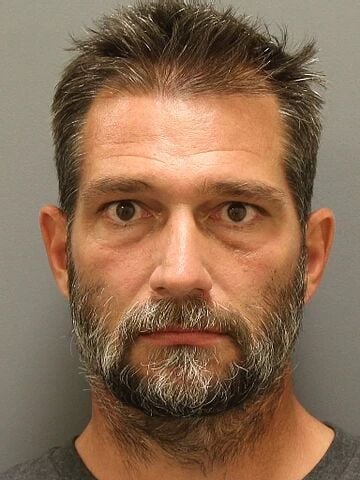 Denton police arrested a Flower Mound man Saturday who is suspected of assaulting a man over what is believed to be a political dispute.

According to police, officers were dispatched around 12:40 p.m. to a local hospital regarding an assault that took place earlier that day in the parking lot of Buc-ee’s, located in the 2800 block of S. Interstate 35E in Denton.

Police said a man reported he and a friend observed supporters of President Donald Trump at the location and that an argument ensued. The victim said he was punched in the face by a man, later identified as 44-year-old Jason Lata, during the argument.

According to police the victim, who identified himself on Twitter as Dan  Schochler III, had a broken tooth and an abrasion below the right elbow in the incident.

A video of the incident shows the suspect yelling at the victim and at one point yelling, “turn it off” before punching the man. One report states that the song “(expletive) Donald Trump” was playing in the background.

Police later obtained an arrest warrant and arrested Lata. As of Saturday he was in the city of Denton Jail on a charge of assault causing bodily injury. Bail was set at $15,000.