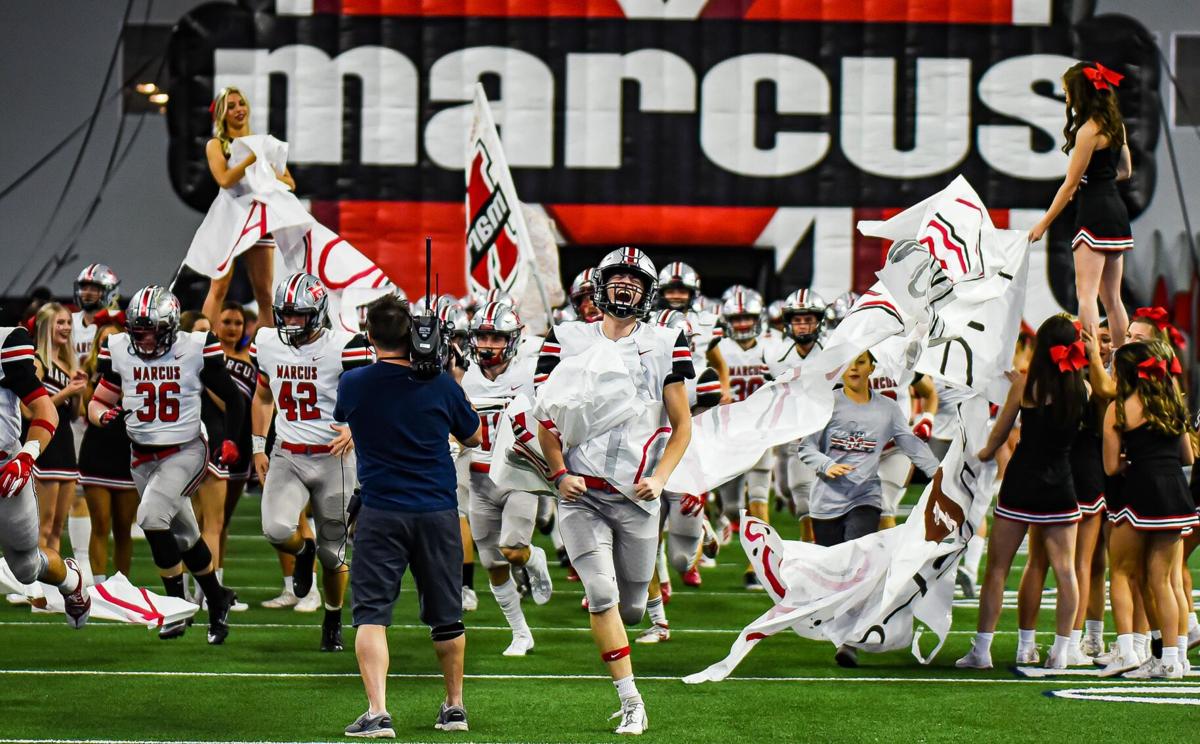 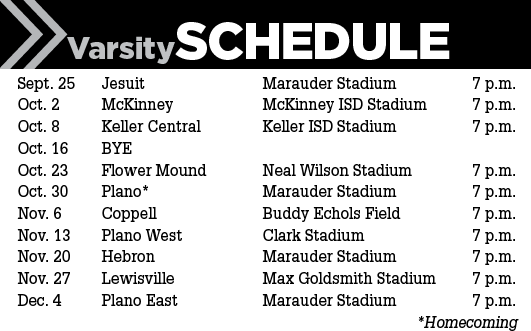 Back in February, weeks before the COVID-19 pandemic shut down high school sports around the country, head coach Kevin Atkinson said the Marauders decided on the word “uncommon” as the team’s slogan for the 2020 season.

As unintentionally ominous as that wound up being, Marcus certainly has the opportunity to put itself in rarified air on the gridiron after a successful 2019 campaign. The Marauders ran the table in District 6-6A and won their last nine games of the regular season before posting the program’s deepest playoff run since 1997 after advancing to the regional semifinals.

As Marcus eyes even brighter pastures, it has one of the state’s premier quarterback-receiver combinations to call upon with seniors Garrett Nussmeier (LSU) and J. Michael Sturdivant (California) leading the offense on offense. Nussmeier was named 6-6A MVP and threw for 3,788 yards and 38 touchdowns as a junior, with 1,125 of those yards sent the way of Sturdivant.

The Marauders aren’t lacking in quality pass-catchers elsewhere, with junior Dallas Dudley, senior Tyler Schott and senior DeClayton Williams comprising a deep receiving corps. Questions persist at running back, however, where Marcus anticipates names like senior Tyler Gainey and junior Gabe Espinoza vying for carries out of the backfield.

The Marauders had to replace a trio of all-district linemen but plan to shift senior Dylan Smith to left tackle after an all-conference campaign, while Atkinson added that seniors Liam Radican and Joe Lenski have impressed up front as well.

Ditto on the defensive line, where seniors Hunter Sanders and Ty Strauss headline the unit. Gainey will also reprise his spot as one of the Marauders’ go-to linebackers, joined by senior Ben McCraney  and junior Emmerick Dopona, a transfer from Parish Episcopal.

Senior Christian Espinoza had a nose for takeaways last season and returns at cornerback, joined by fellow three-year starter and senior Ty Johnson, plus juniors Zach Ohlemeier and Zach Morris.

The top target for senior quarterback Garrett Nussmeier, Sturdivant marveled in his debut campaign with the Marauders. A move-in from Kansas, Sturdivant caught 87 passes for 1,125 yards (12.9 yards per catch) and 10 touchdowns to help lead Marcus to a district championship and a three-round playoff run. Sturdivant’s efforts were recognized with a spot on the all-district first team as well as Star Local Media’s all-area second team. A sure-handed pass-catcher with a knack for stretching the field, Sturdivant verbally committed to California during the offseason.